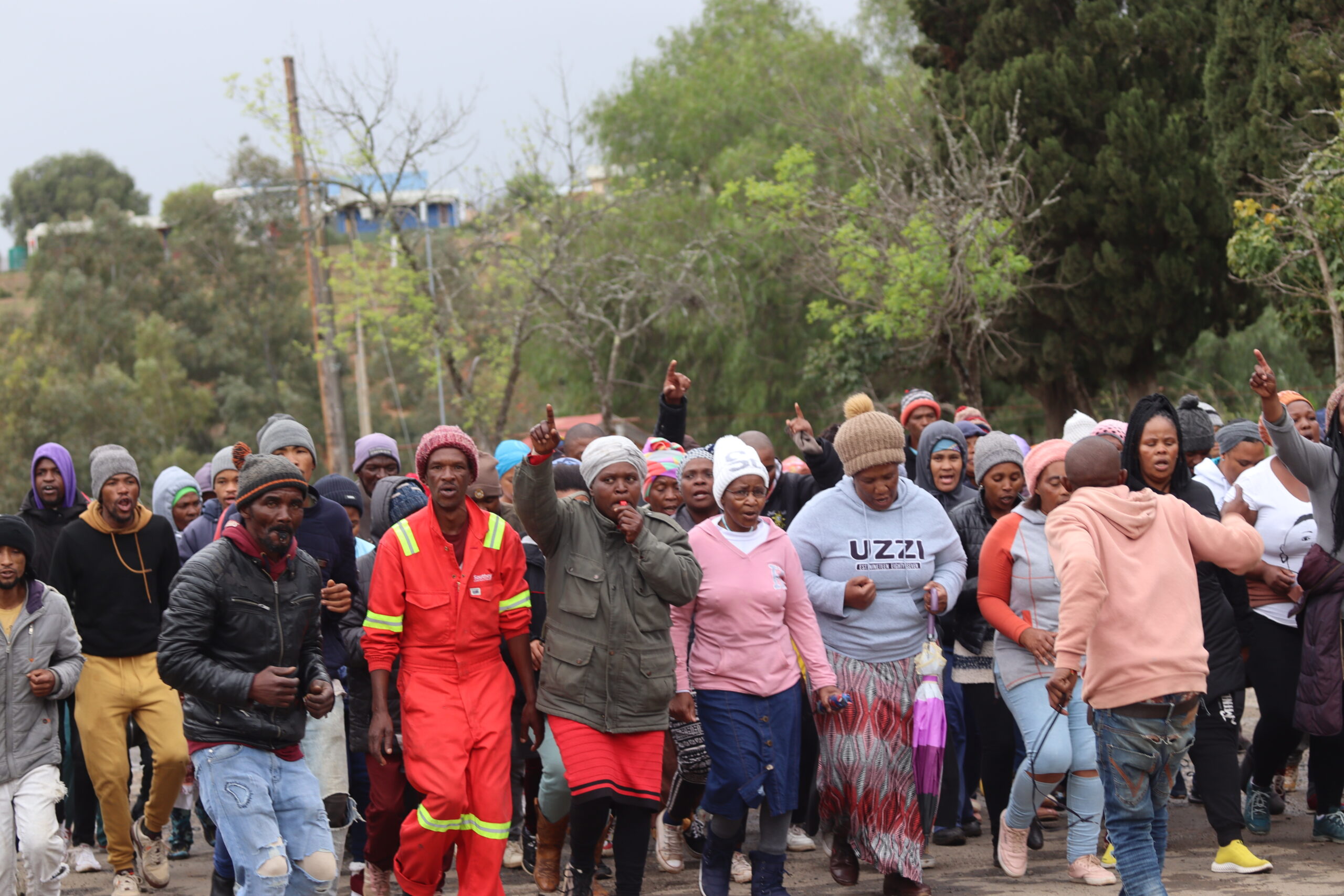 Angry community members march in protest to the Alicedale Police Station on Monday, 19 September, to get answers about the three-year-old girl who was raped and suffocated in her parents’ home earlier this month.

The march followed a community petition sent to the police a week earlier regarding unsolved murder cases handled by the local police station.

“I promise you we are working together with the Makhanda police. We know the brigadier in Bisho, and we will put pressure on them. We will find Mbali’s killer,” Ngesi said.

The delegation met with the police before addressing the troubled community.

The Makhanda Police are investigating the murder case of the three-year-old, but an Alicedale warrant officer read the case dockets to the community.

The case of the three-year-old girl

When the child was found dead in her home, an inquest was opened, and upon further investigation, the examining doctor concluded that the child died after being raped and suffocated.

After finding the cause of death, a rape and murder case was opened. Considering the child’s age, the case was referred to the Family Violence, Child Protection and Sexual Offences (FCS) division.

So far, three suspects have been arrested. Their DNA samples were taken, and the police are waiting for the results from Gqeberha. Since the investigation is ongoing, the suspects cannot be named.

Archbishop Ngesi mediated the gathering and asked the angry community members to be patient and allow the law to take its course.

“Let’s wait for the lab results from PE. What the police have done is that they have written a letter asking for the results to be treated with urgency,” said Ngesi.

He further added that the case needed to be treated with urgency because something worse could happen. However, he cautioned community members not to take matters into their own hands, even if they knew the suspects.

An Alicedale man’s decomposed body was found in the bushes in 2018, and the examining doctor could not determine the cause of death, even though the head was decapitated.

According to the murdered victim’s sister, a task team was selected to deal with the case. When they met with the police, they were told that a cell phone was being traced and could possibly track down the murder suspects. The task team were told not to divulge the information to anyone.

However, this information was leaked to the community, and as a result, the cell phone was no longer traceable. The case was eventually closed until further evidence could be brought forward.

In another case, a woman was assaulted and died from head injuries. During the investigation, family and community members were asked if they saw anything, but no one came forward. The case was closed because there were no witnesses and no evidence.

Police are not doing their jobs

Apart from the rape and murder cases, community members raised several concerning matters related to the police’s lack of presence in the community.

Some of the points raised in the meeting:

No police assistance on domestic violence

Misiwe January detailed the conditions she lives under at home and the abuse she endures from her husband. The mother of three said that her husband goes drinking and causes havoc upon return.

“When he gets here, he hurls insults at me, bangs on doors and once attempted to stab me. And on all these occasions, we’ve called the local police and received no support from them”, she said.

Following one particular incident, she opened a protection order against him but later withdrew it after she discussed the matter with her children, who asked them not to open the case against their father. However, January said she now fears for those very children as they fled home to live in another town.

“My children are unhappy; as a result, they left home to live with their aunt in Uitenhage,” she said.

The Makhanda SAPS captain advised January to reinstate the protection order in an attempt to mediate the situation. Currently, she is awaiting housing from the government as she wants to vacate her husband’s house.

The murder of the three-year-old girl is with the Makhanda police, and the investigation is ongoing.