Three-year-old killed in her Alicedale home

Residents allege the child was raped before being murdered 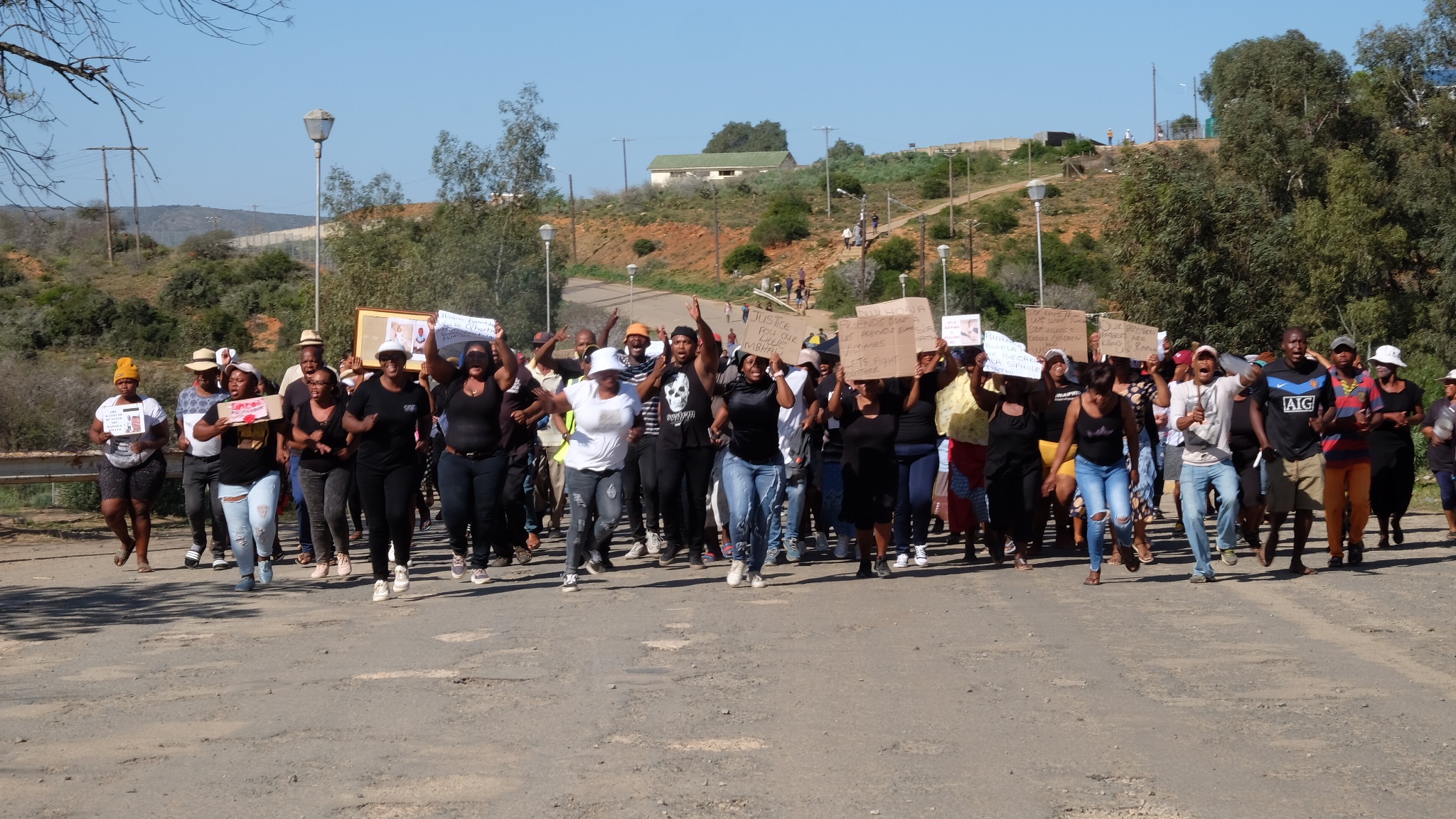 Angry Alicedale residents marched to the local police station on Thursday, 8 September, following the horrific discovery of the body of a three-year-old girl at her home around 5 am Monday.

SAPS spokesperson Warrant Officer Majola Nkohli said police had opened an inquest docket after the child was found dead “under suspicious circumstances”. The investigation is continuing.

Meanwhile, distraught residents allege the child was raped before being killed at her home. Some also allege her mother and stepfather had both been drinking on the weekend of her death.

ANC PR Councillor Thandolwethu Vayo, representing Makana Municipality, addressed the large crowd gathered in the town’s main street. “This is a disgusting death of an innocent child. This is a sad and hurtful moment as this is the first time that this has happened in Alicedale, and we are here to pledge solidarity with not only the family of the child but also the community of Alicedale,” he said.

Vayo said representatives of the Makana Mayor’s office had been deployed to assist the police in interviewing people about this crime.

Ward 14 Councillor, Vuyani Nesi, said he could not believe or understand how such a tragic murder could have occurred in a small community. “It is excruciating to hear that a child was raped and killed during the weekend and to be noticed by the community in the early hours of Monday,” Nesi said.

Protestors and mourners proceeded to the victim’s house for a candlelit prayer. Tears flowed in an atmosphere of profound despair. Some people mumbled, “Who did this?”

Zalisile Kana, an uncle to the deceased child and family spokesperson, described her as a cheerful child who had done no wrong to another person. “She loved to smile and laugh, and she grew up next to me with my other nephews and nieces, and as their uncle, I loved every moment,” he said.

Kana said he asked himself why this had happened to a young child while her mother was present in the house. He said she was still enjoying her childhood and was growing up well.

Kana said he was disappointed in the Alicedale Community Police Station. “I have never seen such a useless police station. To me, they are nothing because crime happens daily here, and it happens in front of their eyes,” Kana said.

Resident Sithandile Ntlanjeni also expressed his frustration with the police. “Since the police are not doing the job properly, we request Hi-Tec and other security companies to assist us because crime is increasing daily. I work outside Alicedale, and I fear leaving my wife and children – but I have to provide food on the table,” he said.

He said some inmates released from jail came to small towns like Alicedale to escape retribution for their crimes from their respective communities. “Gangs are slowly being formed, which is evilly affecting our community,” he said.

The funeral will take place on Sunday in Alicedale at 10 am.