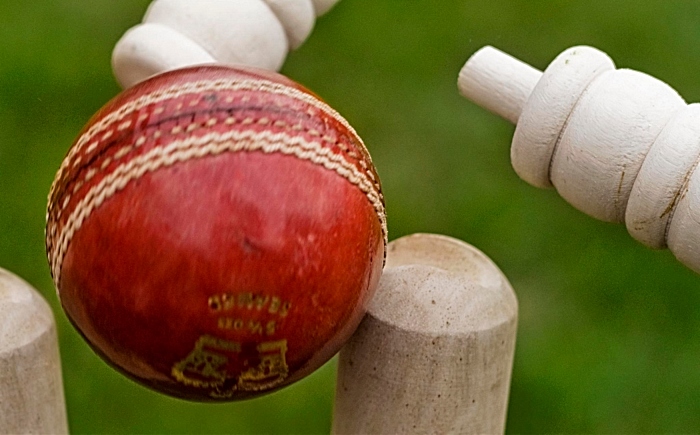 Willows Cricket Club opened their Grahamstown Cricket Board (GCB) 2022/2023 1st League season with an impressive and comprehensive 10-wicket bonus point win over Rhodes on Saturday at Great Field.
Sidbury, in turn, also registered its first season win against Rhodes on Sunday at Great Field. Rhodes have lost all three of their matches and find themselves under pressure early on in the season.

In overcast conditions at Great Field, Rhodes surprisingly opted to bat on a somewhat damp pitch – weather conditions suitable for bowlers earlier. This decision, however, haunted them as the match progressed. They slumped to a mere 70 runs all out in 22.1 overs.

The Willows bowlers took full advantage of the friendly conditions, delivering excellent lines and lengths and taking wickets at regular interviews. Captain David Blenkinsop stood firm as he top-scored with a patient 21. Nick Dettmer also looked in good touch with the bat and contributed a hardworking 20. The rest of the Rhodes batters couldn’t come to terms with the pitch and the accurate Willows bowling.

Willows won by ten wickets and a bonus point.

Sidbury travelled to Great Field to take on the students in their first season fixture.

Under pressure coming into the fixture, Rhodes needed to put up a good show to register their first win. The visitors batted first and were restricted to 185 (33.4 overs). Sidbury lost two early wickets due to some tight bowling by the students but regrouped and found their feet.

Captain Sean Biggs led from the front and played a fantastic unbeaten innings of 69*, a knock that included eight fours and one six. He received good support with the bat from opener Jason Maclachlan 25 (5 fours), Duncan 24 (3 sixes), Bryn Greenwood 21 (3 sixes) and Juandre Nel 18 (2 sixes, 1 four). Left-arm spinner Bradley Van Heerden was the pick of the Rhodes bowlers with an impressive and economical bowling spell of 4/30 (10). Robert Klopstra 2/23 (5) and Sipha Mungeka 1/28 (6) also did well in support.

Rhodes got off to a shaky start, losing three wickets early in their run chase. But it was once again the evergreen captain David Blenkinsop who came to his side’s rescue. He played a magnificent captain’s knock of 78 (seven fours, three sixes). Adrian Wright also chipped in with a steady 33 (six fours) and Robert Klopstra 16.

Rhodes batters look set to chase down the target but lost wickets at crucial moments. It was a tight race towards the end, but the determined Sidbury bowlers piled the pressure and kept the students at bay. In the end, the students fell short with 21 runs and were bowled out for 163 in 38 overs. Experienced campaigner Peter Gradwell again came to the party for Sidbury with a match-winning spell of 4/28 (10). Juandre Nel 2/49 (9) and Ronnie Roth 2/48 (10) again delivered for their side when it mattered.