Making sexual and reproductive healthcare accessible to all 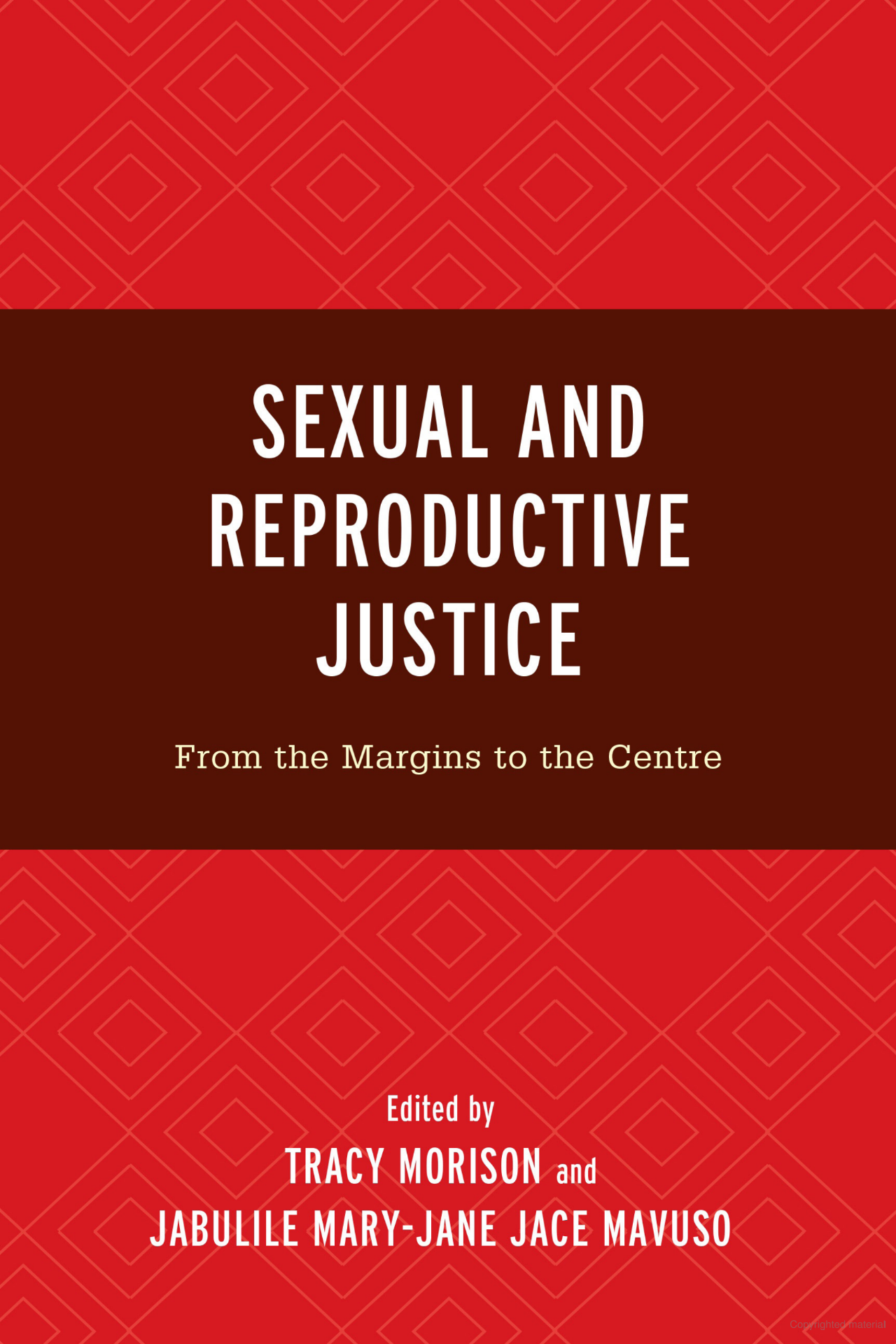 A new book, ‘Sexual and Reproductive Justice: From the Margins to the Centre’, foregrounds communities left at the margins of sexual and reproductive health services. Edited by Rhodes alumni Dr Tracy Morison and Dr Jabulile Mary-Jane Jace Mavuso, it was recently launched during a hybrid online and in-person discussion at Rhodes with speakers and attendees connecting from various parts of the world via Zoom.

According to Morrison, who spoke at the launch, Reproductive Justice works to highlight how people’s sexual and reproductive lives are contoured by the intersections of gender, classes, race and other social locations.

However, the book foregrounds many overlooked areas, marginal topics, studies and locations that have not yet been explored. “The book’s sub-title captures not only that Sexual and Reproductive Justice was founded by people speaking from the margins, but also what is marginal in the body of scholarship itself,” Morrison said.

Marion Stevens worked with Dudu Dlamini and Lance Louskieter to co-author the chapter titled ‘Sex Worker Narratives in Accessing Sexual and Reproductive Justice in South Africa’. Stevens said sex workers are amongst communities experiencing barriers in accessing sexual and reproductive health services in South Africa. The criminalisation of their work subjects sex workers to systematic violence, which leads to their sexual and reproductive health needs not being addressed. They are teased at healthcare centres, considered undesirable mothers, and have been subjected to forced sterilisations.

Stevens, Dlamini and Louskieter’s research was sex-worker-led and focused on collecting sex-worker narratives on accessing information on sexual and reproductive health, especially contraceptives and abortions.

The sex workers reported dealing with an unhealthy health system and experiencing barriers to accessing abortion, contraception and mental health services. The situation was further exacerbated given the injustices women generally face, often leading to ill health. “Criminalisation and poor health and judgement by healthcare providers is a barrier to care,” said Stevens. “The participants argued that decriminalising sex work will better enable their access to health services.”

Author of ‘Paving the Way to Gender-Affirming Mental Health Services Using a Sexual Reproductive Justice Approach’, Aneeqa Abrahams, aims to draw attention to the struggles queer and gender non-conforming individuals face within the study of psychology. “Psychology as a discipline has often been used to exclude individuals from society,” she said.

Abrahams shared experiences in which she felt the study of Psychology excluded gender diverse and non-conforming individuals even at the post-graduate level. “Many of the required reading and case studies we analysed represented a narrative I didn’t fit – [a narrative that]didn’t consider my environment, race, socio-cultural understanding and gender, or my lack thereof.” According to Abrahams, such instances make it difficult for excluded populations to recognise themselves in psychology and fully seek professional healthcare assistance.

She said the Sexual and Reproductive Justice Framework calls for “an intersectional and inclusive space that challenges normative discourses perpetuated by psychology regarding sexuality and gender”.

“It provides practitioners with a diverse, inclusive language and definitely not heteronormative. The Sexual and Reproductive Justice Framework allowed me to situate my stance in this matter more firmly and see myself in the psychology that paved the way for social change and action,” she said.

He said fertility treatments were hardly discussed in literature about transgender and gender-diverse demographics within the South African context. Historically, such silence and invisibility have led to exclusion and marginalisation in health care.

“We seek access in a cis-normative binary healthcare system rooted in intersecting oppression – for example, racial, gender and class oppression,” he said. Moreover, Mabenge believes a lot of literature regarding South African transgender and gender-diverse populations has been foregrounded by civil society organisations, which have petitioned select healthcare providers willing to engage on issues of access to healthcare interventions.

Much of the existing literature also speaks to the broader LGBTI+ populations, not specifically to transgender and gender-diverse people. Within the literature, there is an even narrower focus on access to interventions related to HIV and AIDS and not gender care. “Yet, gender diverse and transgender communities have guaranteed rights in terms of legislation in the constitution,” Mabenge said. Furthermore, the SA healthcare system is two-tiered – public and private care. Private care is exclusionary because it relies on affordability. However, even there, healthcare providers lack understanding and sometimes willingness to care for transgender and gender-diverse individuals.

In ‘The Quest for a First-Born: Boys’ Reproductive Desires and Un/internationality of Teenage Pregnancy’, Busisiwe Nkala-Dlamini partnered with Thobeka Nkomo to look at whether young people were using sexual and reproductive health services to prevent unintended sexual outcomes, especially unintended pregnancies.

They conducted a study between 2015 and 2016 focused on girls and boys from 13 to 19 years old. The teenagers were divided according to their gender and age groups. According to Nkala-Dlamini, a contradiction between young people’s knowledge and information and their actions stood out.

What also stood out was how boys’ behaviours undermined the very reproductive rights and services intended to promote sexual reproductive health rights for young people. She said the teenagers were aware of their sexuality and reproductive health services available; however, the boys did not want to prevent the pregnancies. They, instead, wanted to be the first ones to impregnate the girls.

This quest by boys essentially undermined the reproductive health rights of young girls. “This speaks to the application of policy and how sexual and reproductive health services are positioned for both girls and boys, Nkala-Dlamini said. “We need to try and understand boys as important partners in dealing with the issues of reproductive choice young girls are making,” she said.

Mavuso remarked that the book’s chapters contributed to knowledge production by focusing on under-explored or unexplored areas. “This important work challenges not only mainstream literature in sexual reproductive health but also Sexual Reproductive Justice literature in particular,” he said.

“The chapters challenge the idea that poor people, black people, sex workers, people living with disabilities, trans and gender diverse people and sex diverse queer people are out of place in sexual and reproductive activism and literature.”

No injuries as Settlers Hospital fire brought under control