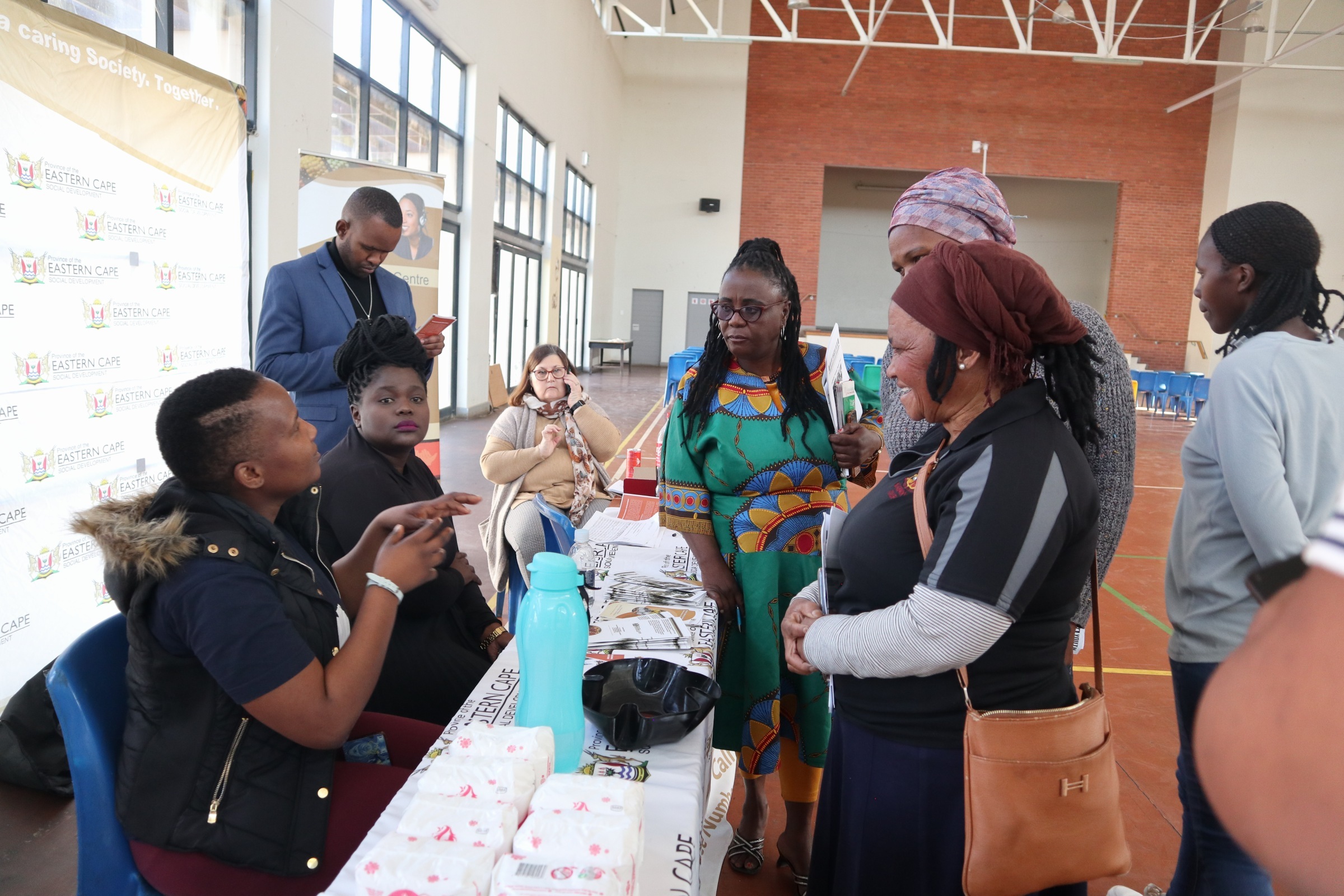 Attendees engaging with presenters for a question and answer session. Photo: Joy Hinyikiwile

In honour of Nelson Mandela Day, Makhandans were invited to a session of information sharing and discussion on the challenges they face in accessing information and finding work and the help they need to overcome these challenges.

Organisations such as Harambee4Work, SA Youth, PSAM Africa, Oxfam SA, ECDC, Seda and Kagiso Trust made presentations about the kind of work they do in communities and then met with attendees for a question and answer session.

The event, held at the Joza Indoor Sports Centre on Monday, 18 July, attracted residents of various age groups. It was organised by the Makhanda Circle of Unity (MCU) in partnership with the Assumption Development Centre and various community development organisations.

“Our main goal is to bring together people and organisations so that when we do our projects in Makhanda, we are working together as best as possible,” said Sisesakhe Ntlabezo, MCU’s programme manager.

He explained that MCU aimed to give locals a chance to collaborate and work on projects that better the state of the city.

“We want to create space for anyone who wants to work towards specific projects to come and help us.”

The organisation started working on this idea in 2020, but due to the Covid-19 pandemic, it struggled to organise and find a suitable venue for people to meet. The project was thus limited to the central part of the city, and meetings were done digitally, which excluded a large number of people who did not have access to smartphones and data to connect.

This year, the MCU was finally able to organise a gathering and decided to hold the meeting in Joza.

“We also know that once you call people to gather, you can’t be the only one talking and not give them a chance to ask questions or make comments. If we call people to come and have access to us, we must also create access to opportunities. Hence, we invited various organisations to come and talk to you about what is important in your communities. We have also called on organisations that are important in building and engaging communities to come.”

“We are a-political. We don’t work in the realm of politics, but because we understand that part of doing something sustainable involves working with the municipality, we also have government partners.”

During the discussion, attendees were asked to suggest ways in which more meaningful collaborations could be held.

“The most important thing is communication,” one attendee said. “Most of the time, you use social media, but not everyone has access to a phone or a smartphone. Even if you have one, you may not have data. That needs to be fixed.”

Another explained that people needed remuneration to keep them interested and committed. Others complained that many of the ways used for communication are too modern for a community that has unequal access to resources and suggested a return to traditional forms of communication such as using community gatherings and church meetings to announce events.

Several participants commented that they were struggling to find jobs because they were being discriminated against for being over the age of 35.

Attendees were then released to meet with different organisations to get more information and ask questions.