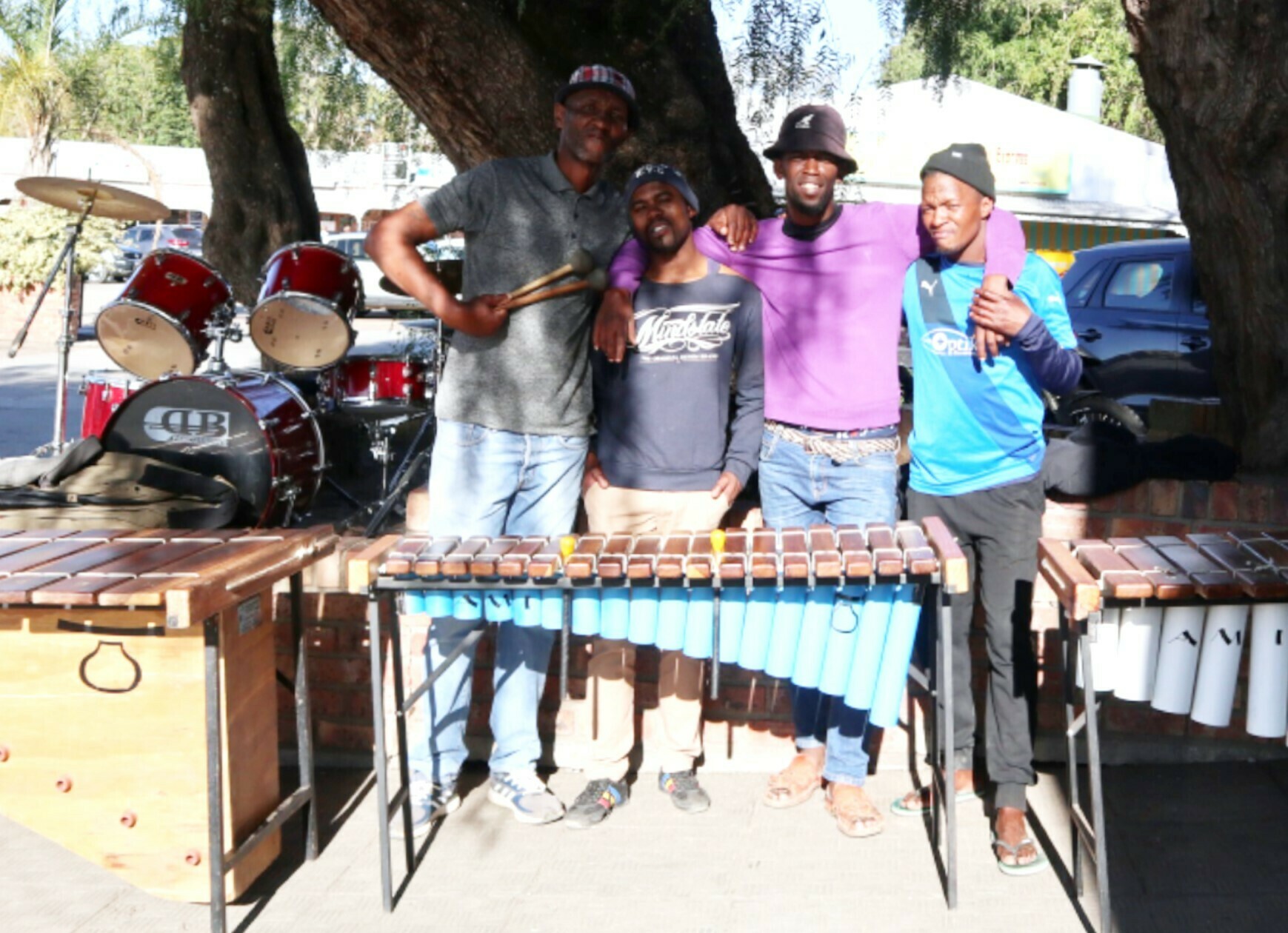 You have probably seen them in town or at the Settlers Monument playing traditional and popular South African sounds using marimbas.

Four ex-prisoners – Andile Jaha (48), Zola Mqwebedu (37), Phumlani Sonwabe (37) and Thobelani Mali (33) – have been relentlessly sharing their music in the city. They were setting up their equipment at Peppergrove Mall when I asked to talk to them.

The Makhanda men were serving prison sentences when they met and were taught to play the marimba. They came out of jail and decided to use their newly-learnt skill to turn their lives around.

They formed a band named Makhanda Marimba Banda and have been sharing their music in the city since 2012. They set up their instruments in popular spots in the town and perform. Passers-by generally respond to the band by gathering around to enjoy the music. Some even donate money.

The band did not make the National Arts Festival’s line-up, but they were not deterred. They continued to play around the city during Fest.

The band has released two albums. The first album is called Kwanele, which means ‘it is enough’. “To us, this name was a declaration that we had had enough with prison and criminal activities and that we were committed to turning our lives around,” said Mqwebedu, who served ten years in jail for rape.

The second album is Ntongayam, which means ‘a song that I love’. It is another declaration of their commitment to spreading their love of music.

When they are not playing, the four band members volunteer in schools to teach music. “Our goal is to open a music academy, in which we can transfer our music skills,” said Jaha. Jaha served 12 years in prison for murder, Sonwabe served nine years for robbery, and Mali served 17 years for armed robbery.

The band hopes to get funding or sponsorship to continue sharing its music.