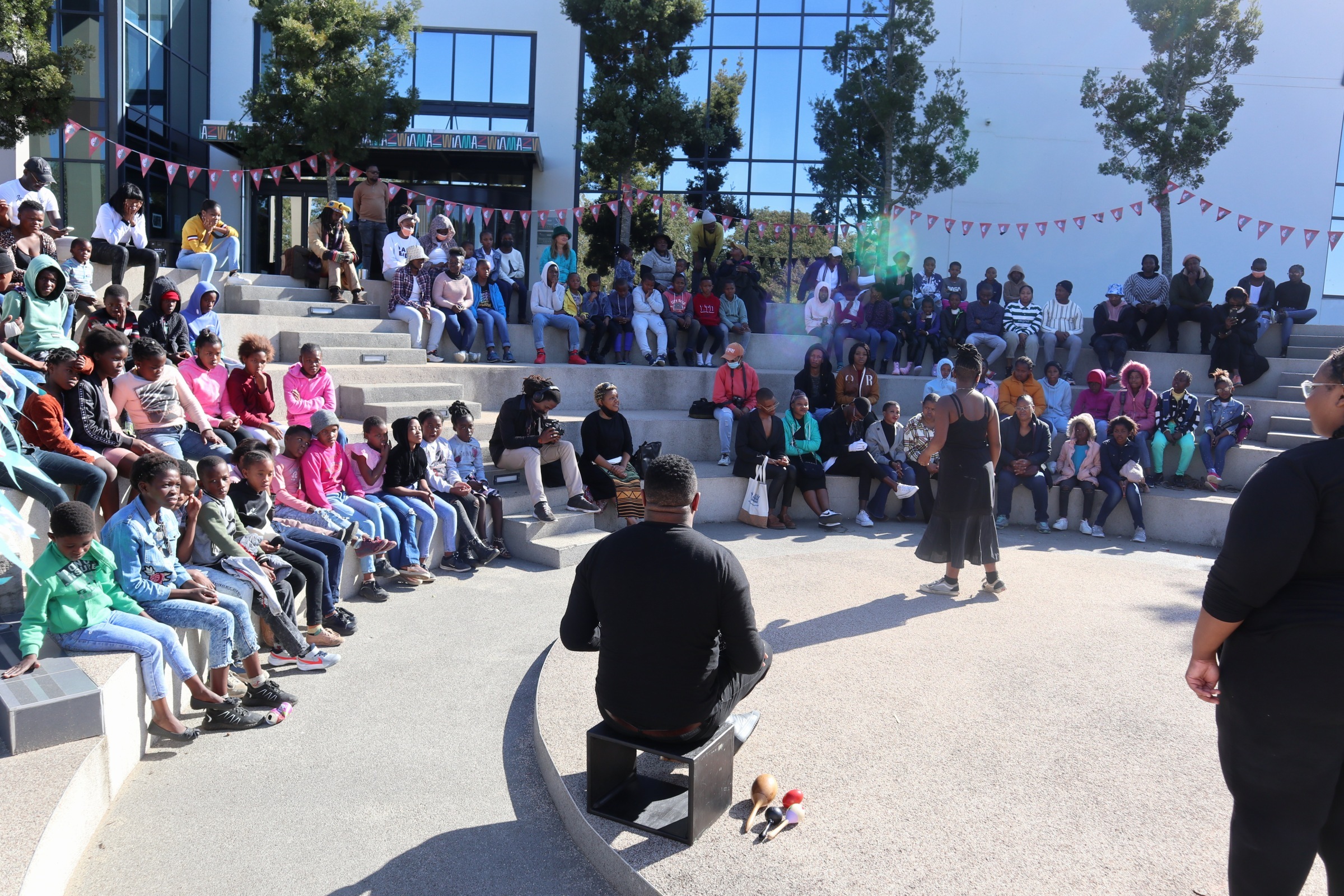 ASSITEJ South Africa – an alliance of organisations and individuals involved in promoting theatre for children and young people – celebrated its 15th anniversary at the Amazwi Museum of Literature during the National Arts Festival on 2 July 2022.

It was a morning filled with children’s indigenous games, story-telling and playback theatre. The celebration continued with a session of reminiscing on the organisation’s 15-year-journey with its members and community members and sharing and receiving well-wishes from various ASSITEJ friends worldwide.

ASSITEJ was founded in Paris in 1965 – the name ASSITEJ is the French acronym for the International Association of Theatre for Children and Young People.

ASSITEJ South Africa was launched on 2 July 2007 at the NAF. Its founders first met to discuss launching the organisation in South Africa in 2006 at Graham Hotel. The launch was first announced in Cue.

“When I look back over these 15 years, I have to say it’s all about these extraordinary people who all share something very special – a belief that every child has the potential to make magic in their own lives. That they have the power to change their lives; to change their world; to change their world view, and that the arts can be a fundamental part of that,” she said.

“The first five years were about trying to find how we could do something with nothing. We had very little in the way of funding. We had no paid staff. What we did have was the support of the international association – extraordinary.

“As we became more exposed to the international association, we understood what was happening in the rest of the world. We were learning fast about what was possible, bringing those ideas into the South African context, trying them out here, and often establishing international exchanges.”

Hardie said one of ASSITEJ’s South Africa’s achievements was successfully bidding to host the ASSITEJ International World Conference during its 10th birthday celebrations. The conference was called Cradle of Creativity and received support from ASSITEJ lovers worldwide.

“That was a kind of a turning point moment for us,” Hardie said. “It was a moment where we could show the rest of the world what South African theatre for young audiences looks like and the context in which it operates.

“We were able to show the huge variety of work – everything from story-telling, to playback theatre, to physical theatre, to satire, to dance theatre, to pieces of playbook theatre.

“We were also able to see work that hadn’t been available in South Africa, and we were able to create relationships which are continuing today.”

Hardie promised to create 1650 part-time jobs for people working in the arts with children and young people throughout the country after the organisation received a social employment fund grant towards the end of last year.

“For the first time, it feels like that national footprint that we were dreaming about in 2007 and that we’ve tried to enact in different ways through our theatre for youth programmes and through [the various work we’ve been doing]… We now have the means to do that and can do it a big way.”

Hardie lamented the death of the 21 teenagers at Enyobeni Tavern in East London.

“If we can make sure that children are not out at night in a tavern by keeping them busy with youth programmes, arts programmes and things that are stimulating to them, perhaps we can start to turn around some of these tragedies that we are experiencing.

“Perhaps we can start to make people feel that they have meaning in their lives like they have something they can hang on to if we can equip them with the skills they will need in their lives.”