A tee-rific day out for Riebeek East kids 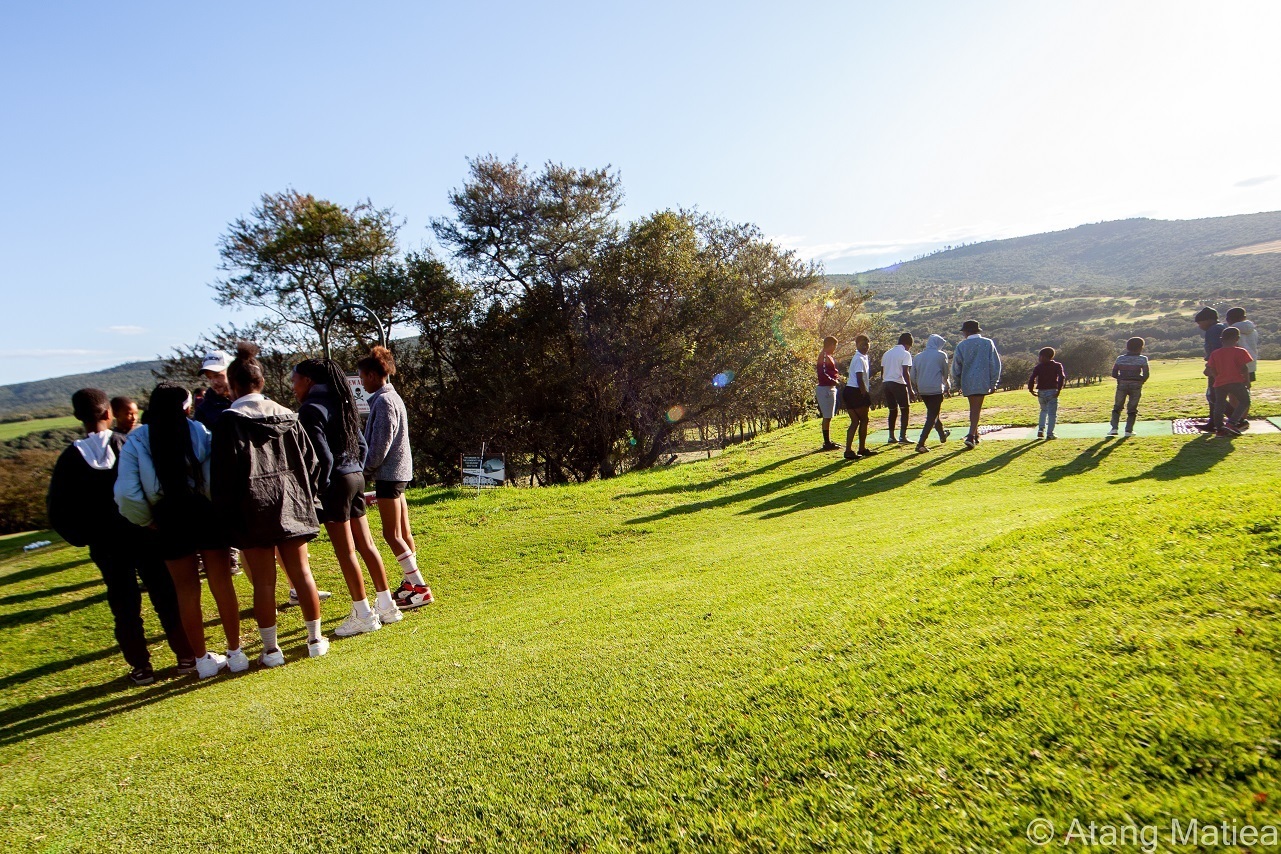 The children’s smiles flickered across their faces like holograms while one of the club’s coaches showed them golf basics.

“Kumnandi uke senze into engaqhelekanga”, said the 15-year-old Asakhe Botha explaining that they have never been exposed to playing golf nor ever gone to a golf club before.

Nobelungu Precious Sombityo was the kids’ guardian for the day. She is also the parent of 11-year-old Lulonke Sombityo, who was part of the crew. Sombityo said she wished the sport could be introduced in Riebeek East.

She said her son had been asking her to take him out – and this was the perfect outing.

Makana Tourism acting director, Prudence Mini, said the idea was to provide youth from a rural area within the Sarah Baartman region with exposure to tourism attractions, new career prospects, and “an incredible chance to learn how to play golf from the Graeme Whale Golfing Academy”.

A little Madiba magic at the Little Flower Pre-School