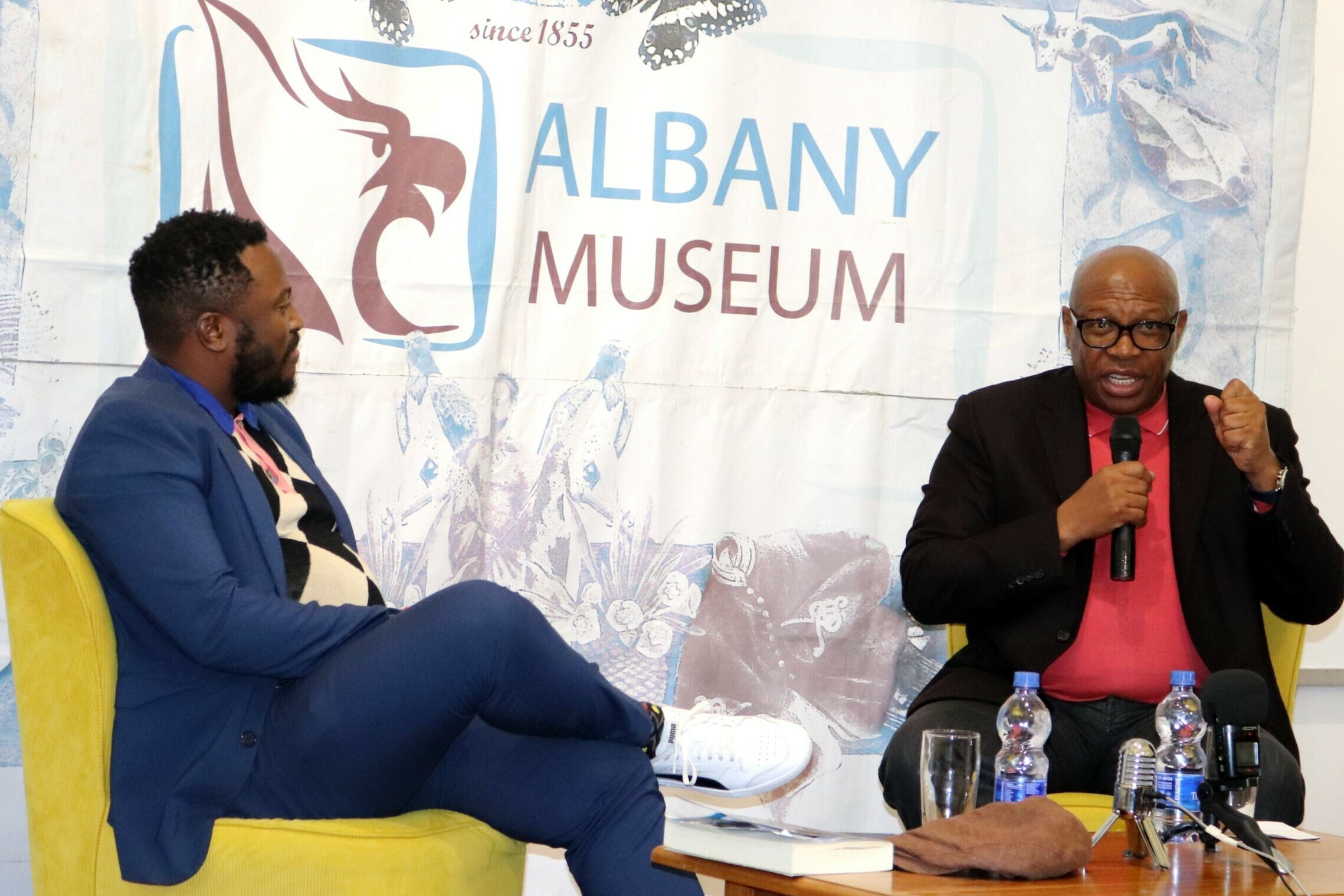 Controversial former National Director of Public Prosecutions Bulelani Ngcuka dropped in on Makhandans at a packed Albany History Museum on Monday to promote a new biography of his life, Bulelani Ngcuka – The sting in the Tale.

The biography, written by Rhodes School of Journalism alumnus Marion Sparg, is based on many hours of interviews and uncovers the roots of Ngcuka’s fearless activism. She goes back in time to his modest beginnings in the Eastern Cape, to his lawyering years with the formidable Griffiths Mxenge, his various periods of detention, exile, and his homecoming.

Ngcuka played a critical role in establishing the National Prosecuting Authority and the Scorpions to tackle systemic crime and corruption. Soon he faced one of his most difficult tasks – confronting former comrades who had become involved in illegal activities. His decision in 2003 not to prosecute then deputy president, Jacob Zuma, is a decision he still stands by to this day.

At the launch, Ngcuka was in dialogue with political analyst Ongama Mntimka.

Ngcuka said when he was approached about the book, he said no, “because biographies are usually about ego trips”.

What eventually compelled him to agree was to shed light on “why I decided to not prosecute Zuma for allegedly taking bribes from French arms dealer Thales”.