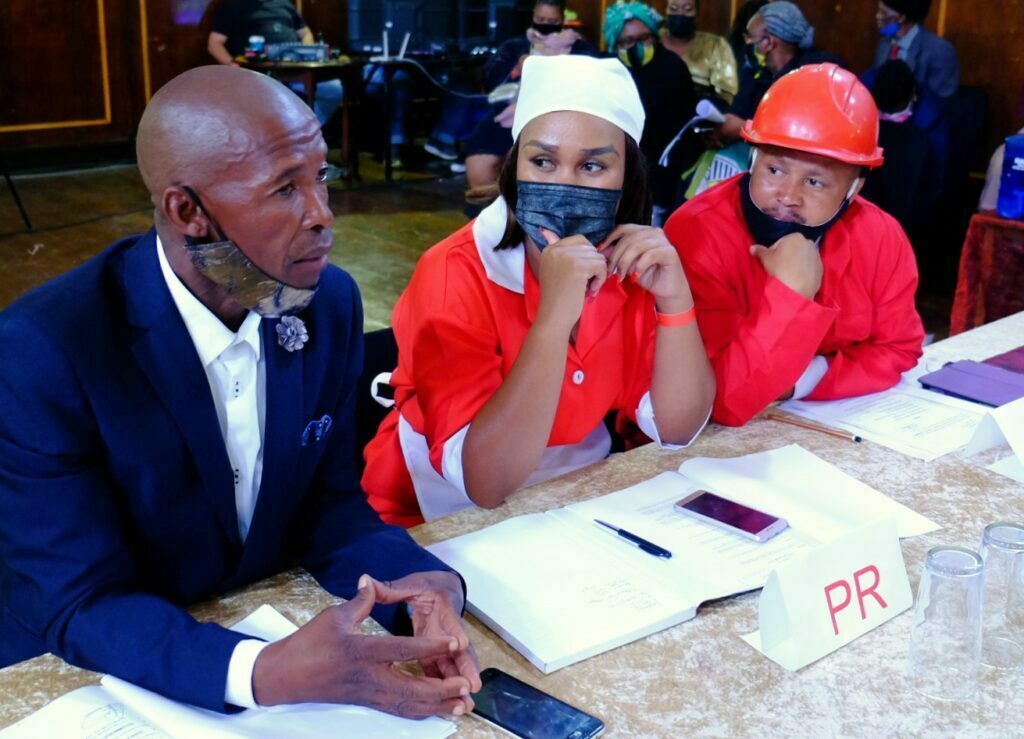 EFF PR councillor Anelisa Bentele (centre) at the inauguration of the Makana Council in November 2021. To her left is Ward 14 independent councillor Vuyani Nesi and to her right, fellow EFF councillor Mzamo Booysen. Photo: Rod Amner

Dismissed Economic Freedom Fighters (EFF) PR Councillor Anelisa Bentele says she would not recommend that any woman to work for the party as the only way to become successful is by sleeping with high-ranking party leaders.

She said she was heartbroken but not surprised by her removal from the Makana Local Municipality Council.

“EFF has no regard for its workers; it’s exploitative and abusive. I have worked in the EFF constituency office since 2019 and have never been paid a cent. I was expected to report to the office every day. I was a mere naive slave who was just committed to the EFF,” Bentele said.

Bentele was replaced as an EFF PR councillor by Noluthando Buwa after the Independent Electoral Commission (IEC), under instruction from the EFF provincial leadership, issued a directive for her removal to the Makana Municipality.

“The provincial EFF got rid of me on the grounds I didn’t have the required 100 votes in my ward. But this was because I was in the office until 9 pm or 11 pm, sometimes assisting in the administrative duties and coordinating during the elections. I had to leave my ward and assist other wards; hence I couldn’t campaign properly,” Bentele said.

Bentele said she believed EFF provincial secretary Mlamli Makhetha was behind her removal. “He has been trying for months to get me out, and he has now succeeded,” said Bentele.

In 2016, EFF leader Julius Malema announced that EFF PR councillors who failed to meet the requirement would be replaced with ward councillors.

However, Bentele said there were PR councillors who were not ditched by the party even though they did not meet the threshold. “There is a councillor who got 48 votes but is still in council,” she said.

Bentele said she respected her replacement, Noluthando Buwa. “She is a hard worker, and I congratulate her. She is a phenomenal woman who comes from a Christian family of Adventists. She has a big heart and is always eager to see a change in our community,” Bentele said.