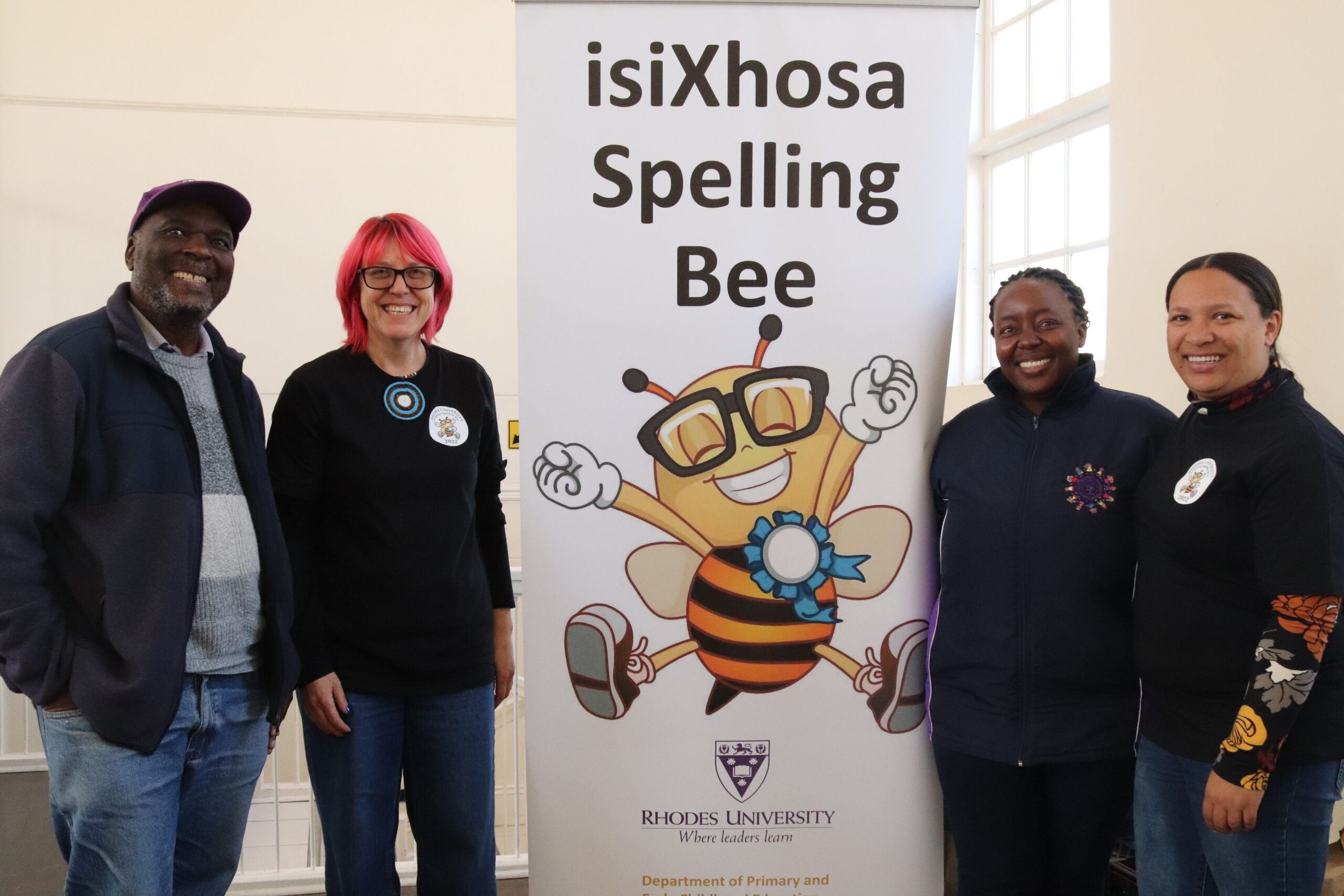 Co-hosted by the Rhodes Education Department and GADRA Education, this is the only isiXhosa Spelling Bee in the country, according to GADRA Education’s Demi Edwards. “All other spelling bees are in English,” she said.

The first edition of the isiXhosa Spelling Bee was held in 2021. “It was a big success – the competition has always been tough. This year, we were just as excited as the learners, and we were very eager to see who the top speller was going to be,” Edwards said.

“We go through a process; in round one, we go to all 11 isiXhosa primary schools, and we assess the entire Grade 3s in those schools. In round two, we cluster the schools into three groups, who then compete against each other. We take the top four out of each group, and that’s how we got to the top twelve in the finals.”

Prizes on offer were a trophy, medals and certificates for participation. Edwards said language-related prizes would be more impactful as the initiative seeks to develop language skills. But, isiXhosa resources and literature are scarce.

Rhodes isiXhosa lecturers Linda Nelane and Amanda Nesi were on the judging panel. Nelane said before the semi-finals, they noticed the learners had difficulty with some words. “But we’ll see how it goes after the learners have had practice,” she said.