From ‘tuckshop guy’ to award-winning entrepreneur and scientist 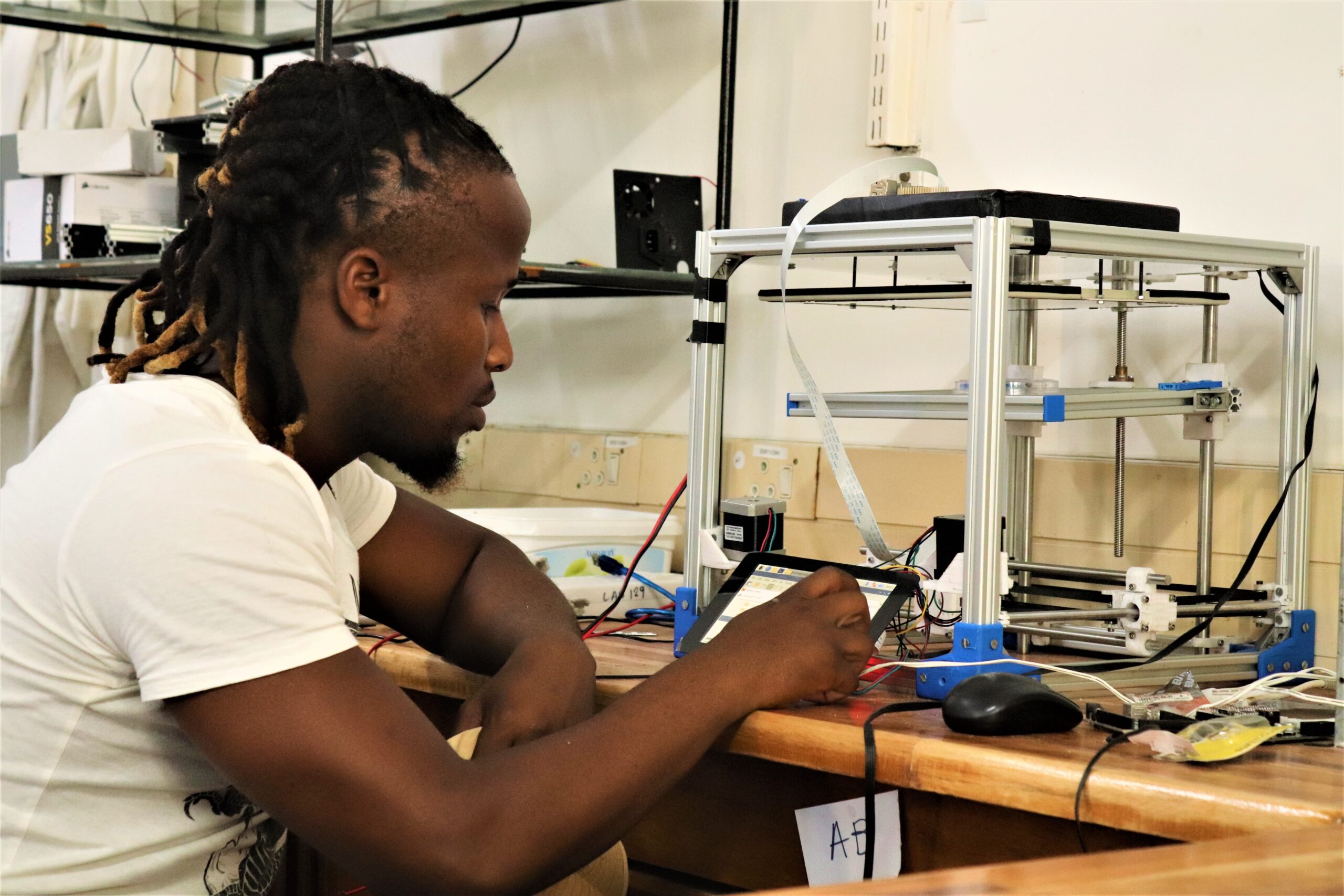 It’s okay to lose, to fail as long as you understand that there is a lesson to be learnt from every circumstances, I wish had learned that at an earlier age.

Ntobeko ‘Promise’ Songcata, MSc Biotechnology student at Rhodes University, is the founder of Pro’land and Projects, and Scent of Promise.

‘Promise’ grew up in a small village called eMangcwanguleni in the Libode District of Western Pondoland, where he has lived most of his life.

He arrived in Makhanda in 2016 to study at Rhodes and has since found it a place to settle. “I am more of a small town kind of guy,” he said.

The 26-year-old was known as ‘the tuckshop guy’ and ‘my friend’, famous at Rhodes and the broader community for his entrepreneurship skills, talkativeness, and persistence.

Promise said his first year at Rhodes challenged him, but the experiences shaped him into what he is today. He said that he realised Makhanda was not as big as he had imagined, but he came across warm and welcoming people and fell in love with the community. He knew that this was a town he could settle in.

He saw transitioning from a rural part of the former Transkei region to interacting with people from various socio-cultural backgrounds as “an opportunity to learn and unlearn”. He remained true to himself but kept an open mind.

His first year was not all “sunshine and Suzy” while he tried to find himself in this new space, Promise said. The #RUReferenceList and the #FeesMustFall protests were unprecedented at Rhodes. Though he was doing well academically, he said the protests were challenging to comprehend.

However, Promise said he believes there is always a lesson to be learned in every circumstance, and 2016 taught him to understand people’s struggles better.

All his life experiences had been shaped by his surroundings, which were profoundly negative, most if not all the time. However, that did not stop him from dreaming and working towards a better and sustainable future for himself and his loved ones.

I met Promise 2018 during my first year, and at that time, we used to call him ‘my friend’ at Adamson house. ‘My friend’ is a popular yet friendly term for people running a Spaza store or a tuck shop.

What motivated Promise to turn his room into a tuck shop?

Promise remembers one incident where he was at the Hamilton Building at 11 pm. He says students were ordering pizzas and KFC, which hurt him because he knew he could not afford it. He said he thought about how many students across the campus felt like him.

Living on a R300 monthly budget and depending on dining hall food, Promise understood that he could not afford all the luxuries one dreams of as a student.

Searching his pocket, he realised that he had R50, which was his last monthly savings, and bought a value pack of chips to sell to students who could not afford to order pizzas or KFC. He said he was shocked by the reception of students – he sold all the chips before he got to the Adamson House. To his surprise, even the students he thought would not buy R1 chips were the first to buy them.

From then, he would go to town and order packs of ships that he would sell to students at a reasonable price.

Promise said that he saw a gap in the market – the lack of student entrepreneurship on campus was quite a concern for him. He saw that all the reses had vending machines but was shocked by the price. He saw an opportunity to turn his room into a tuck shop.

As business picked up, the university, “oddly enough”, felt threatened and went on to shut down his business. The institution said, “It is not ethical for one to turn their room into a Spaza shop.” Promise couldn’t understand one thing: “Why am I forced to shut down when all the other shops in town like Checkers, KFC, and many more are allowed to operate on campus?”

Promise said most students would tell him how grateful they were for his services. He had people telling him his tuck shop had five-star ratings on Grahamstown Business. The shutdown affected students as badly as it did him.

When one door closes, another opens

But, another door opened for Promise; in 2019, he participated when he won the provincial Entrepreneurship Development in Higher Education.

Suzanne Wolhuter, the Rhodes Technology Transfer Manager at that time, encouraged Promise to enter the competition.

Promise said he was not convinced when she first approached him. He was most comfortable in speaking his mother tongue, isiXhosa, and the thought of having to present his project in English in the EDHE haunted him, and he brushed Suzanne’s idea aside.

But, his mind was changed when she invited him over for a coffee, only to find out she had already applied on his behalf. All he had to do was to present his project.

Promise started in an inter-campus competition and eventually won the whole thing against the odds. He competed with well-run and established businesses and people who spoke flawless English. Promise says Suzanne left for KAUST (King Abdullah University of Science and Technology), but she forever remains one of the people closest to his heart – one of the few who believed in him.

Promise is the Rhodes University Hult Prize Campus Director for 2022/23.

On top of these achievements, he has advanced to the next stage of the Eastern Cape Innovation Challenge Programme (ECIC). He is presenting this proof of concept for his Master’s degree: The Development of a Novel low-cost real-time bacterial monitoring system using addictive manufacturing and open source electronics. He is supervised by Prof Earl Prinsloo, with coding assistance by Andrew Codner and Jenner Skinner, both computer science students.

Previous ArticleThings that blew us away on Sunday
Next Article Inyosi yopelo! The isiXhosa spelling bee