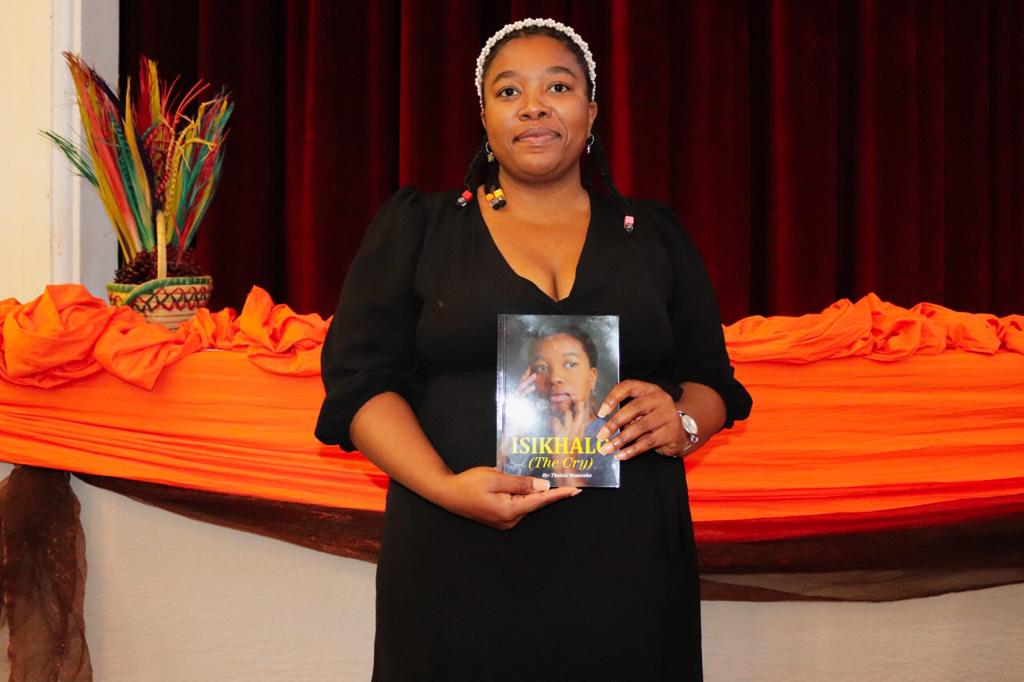 "All things delayed are not denied; the difficulty you face is not greater than the joy you will receive. Do not ask God to remove you from what seems like stagnation, but invite Him to help you overcome that challenge." Words of upliftment from the author of Isikhalo (The Cry). Photo: Mbasakazi Makubalo.

Thelela Nzanzeka grew up in a violent home in Joza. Her parents abused each other physically and verbally.

Pressured by her personal, social and academic life, she turned to drugs and alcohol. At 17, she fell pregnant, and her mother passed away on the day she gave birth.

She said her mother was a stoical and resilient giant who presented her with opportunities. She attended good schools – Ntaba Maria at the Foundation Phase, and later Victoria Primary and Victoria Girls High School.

In a state of panic about the violence at home, she asked her mother if she could enrol at boarding school “for I knew no peace”.

“But, I felt guilty. I was happy being at the hostel and had more focus – but at the back of my mind, I knew what home was like”.

Thelela dreaded the school holidays as she had to return to the same toxic environment she had tried to escape. “My stepfather was still the alcoholic that came home at 2 am. Fights would break out around 2.30 am, and we would have to wake our neighbours up around the early hours of the morning to help. And that became our normal”.

She felt alone. To cope with her reality, she started smoking cigarettes, which escalated to alcohol and a “formidable alliance with drugs”.

The alliance gave her a feeling that she mattered and a sense of belonging to something she thought she could control.

The tragic loss of her mother was a shock – and a wake-up call.

“For the first time, I smelled the coffee – brewed at its strongest. I knew I had to change my life for my son’s future. Not only did I lose a mother, but I had become a mother.”

With a newborn to fend for and having been retrenched from her first job, she knew she had to change. The turning point in her life was when she was introduced to God by Pastor Daniella, who became her confidante.

Despite being an author and a fashion designer, Thelela identifies herself as a businesswoman. She has an NPO called DreamsAlive which she uses as a communication tool between high school learners and young adults.

Thelela is proud of the publication of her first book, Isikhalo (The Cry), launched on 8 May 2021 at Amazwi Literature Museum, and inspired by poet Isabella Motadinyane.

The book is based on her diary entries, but she credits her two children for motivating her to continue writing.

She is completing her first-ever poetry compilation, which she hopes to publish by the end of 2023.

The book can be ordered by email: tnzanzeka@gmail.com.