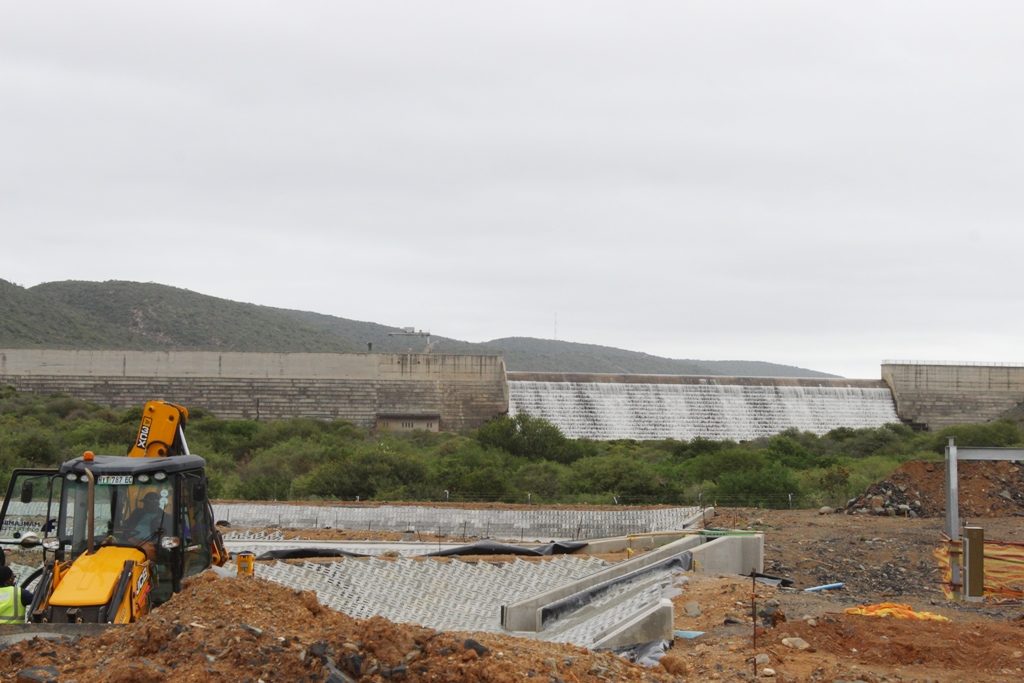 Upgrades to the James Kleynhans Water Treatment Works have been delayed again - until at least June 2023. Photo (February 2019): Sue Maclennan

As Makhanda again struggles with intermittent water supply, exacerbated by Stage 6 load-shedding, residents will have to wait until at least June 2023 for the long-awaited upgrade to the James Kleynhans Water Treatment Plant.

This will be six years after its initial completion deadline, which was set for 2017.

Amatola Water communications and stakeholders manager Nosisa Sogayise said it was anticipated that a new construction company would be appointed in mid-October to restart the project after the contract with Mamlambo was terminated on 2 June 2022.

Mamlambo went into liquidation and continually failed to meet the completion deadlines given by Amatola Water, Sogayise said. When the Mamlambo contract was terminated, the project was “80 per cent complete”, she added.

The committee heard that the initial cost for the James Kleynhans water project had ballooned from R50 million to R237 million.

The upgrade has been abandoned multiple times due to payment and performance issues between the municipality, contractors and Amatola Water, the implementing agent.

The most recent James Kleynhans Water Treatment Works (JKWTW) upgrade contract was awarded by Amatola Water to Mamlambo Construction in January 2020 and was expected to be completed by March 2021. However, the completion date was revised to July 2021, then September 2021 – and then March 2022.

The completed upgrade will double the waterworks’ pumping capacity from around ten megaliters a day to 20, which would be enough to supply the entire town. The city uses between 18 megaliters a day, according to the Makana Municipality’s water crisis web page.

Amatola Water’s Sogayise said Mamlambo had faced severe financial challenges that led to its liquidation and delayed the project completion. “After numerous attempts to salvage the project from collapse, the contract was terminated,” she said.

“However, two additional settling tanks are completed and are in operation, which improved the water quality,” said Sogayise.

She said procurement processes to replace the contractor were in place “with no further delays anticipated as both parties – Amatola Water and Makana Municipality – endeavour to finalise the project”.

The Department of Water and Sanitation was administering the budget to complete the project.

The CoGTA committee chairperson Fikile Xasa said, “The painful thing in the whole Kleynhans water problem is that the people of Makhanda were told that the project was a solution to their problem”.

“The people were assured that the project will deliver on a sustainable basis enough water supply to them. The stoppage of the project because of liquidation of the service provider can never make sense to the people,” Xasa said.

CoGTA committee media officer Mava Lukani said the Makana Municipality had been given two weeks to provide the committee with all documentation regarding the municipality’s interaction with other role-players to complete the water project.

The committee said it would then meet with these role-players, he said.

The CoGTA oversight committee also wanted the Municipal Infrastructure Support Agent to account for the shoddy work regarding the rehabilitation of some of the roads in the municipality.

According to the Makana Municipality communications office, the rising main was tested this week after the construction and drying up of the thrust block. Raw water was transferred to the Waainek, but the process is continuously disrupted by Stage 6 load-shedding, and the final output is not guaranteed.