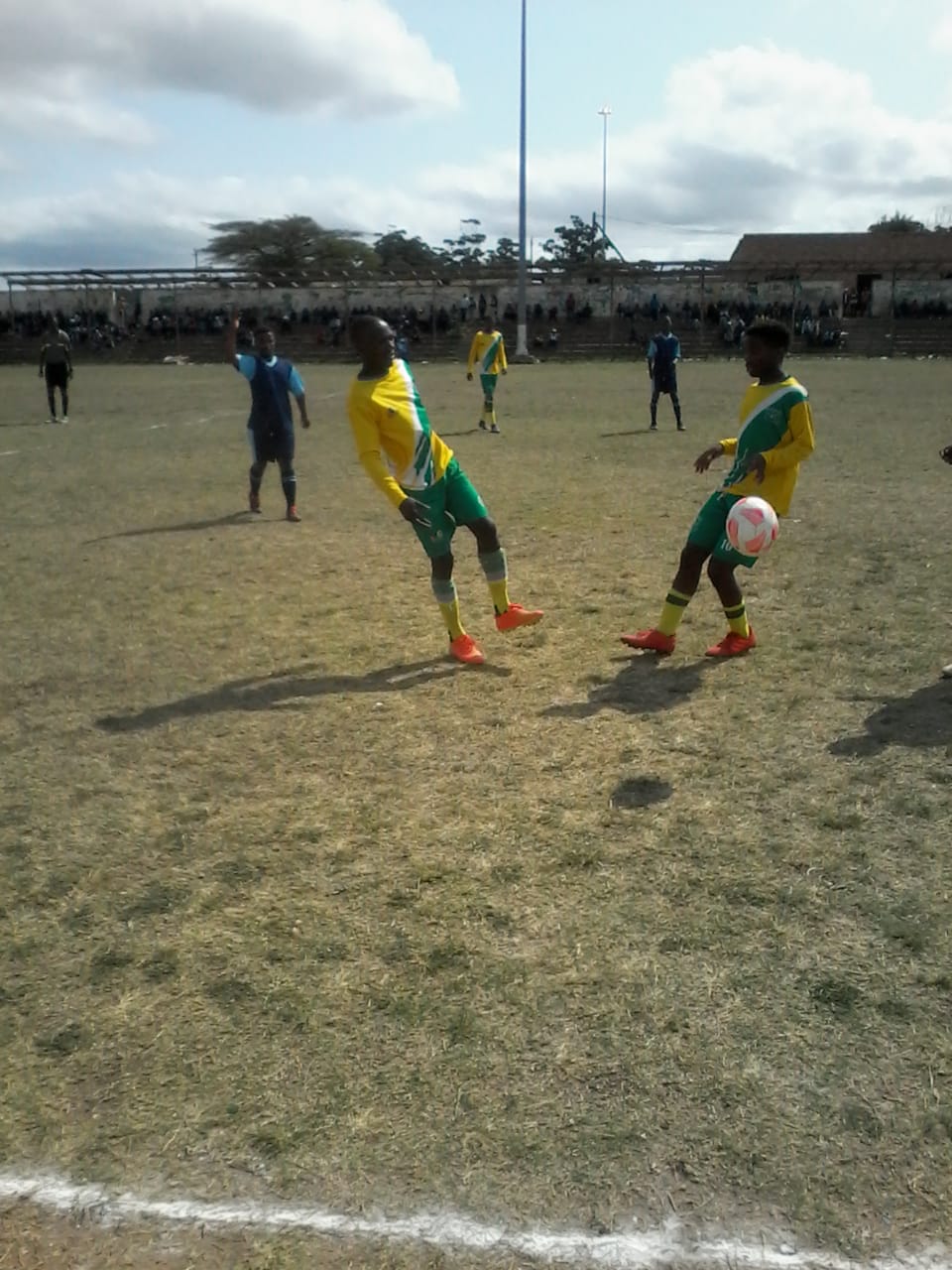 Athenkosi Mnyobe and Lindokuhle Lali of Aces (yellow) in their Nedbank cup clash against Friendly City.

It was perfect weather for football as fans packed Dlepu stadium to witness the SAB Regional League Nedbank encounter.

Local side Jacaranda Aces hosted Alicedale-based Friendly City in a closely contested clash. Both teams started the game with purpose as they were looking for any early advantage. The home side got the visitors on the back foot and kept them in their half for the first 10 minutes of the game.

Friendly City quickly found their rhythm, started putting together decent passes and threatened the Aces’ goal. The City was unfortunate when their striker narrowly shot wide with the goalkeeper well beaten after a defensive blunder by Aces’ reliable central defender.

The home side created their chances and dominated the first half but still failed to use the options they made. Aces opened the scoring when the referee pointed to the spot after a City defender handled the ball inside the area.

Lukhanyiso Ngcobondwana calmly slotted home a well-taken kick to give the home side the lead. The Aces could have quickly gone to the halftime break with a big lead had they used some of the chances they created.

Lindokuhle Lali could have quickly buried City on his own as he was a thorn in their flesh, but he unnecessarily tried to do too much on the ball. Aces took a single goal lead to the break. In the second half, Friendly City made a couple of substitutions that had an immediate impact as they took the game to Aces.

The City hit the crossbar twice and the upright once but still pressed the home side hard in search of an equalizer. After one of their many corner kicks, they were caught napping with a counterattack, and their defence was all over the place. A perfect through pass from midfield found Athenkosi Mnyobe unmarked, and he fired home to extend the Aces’ lead.

The City never gave up as they continued to play exactly the way they started the half. The final whistle sounded, and the Aces walked away with a 2-0 victory.

Abachathazi had a good game, especially considering that it was their first official game after a long break, and they enjoyed the support of the Dlepu crowd, who cheered every pass.