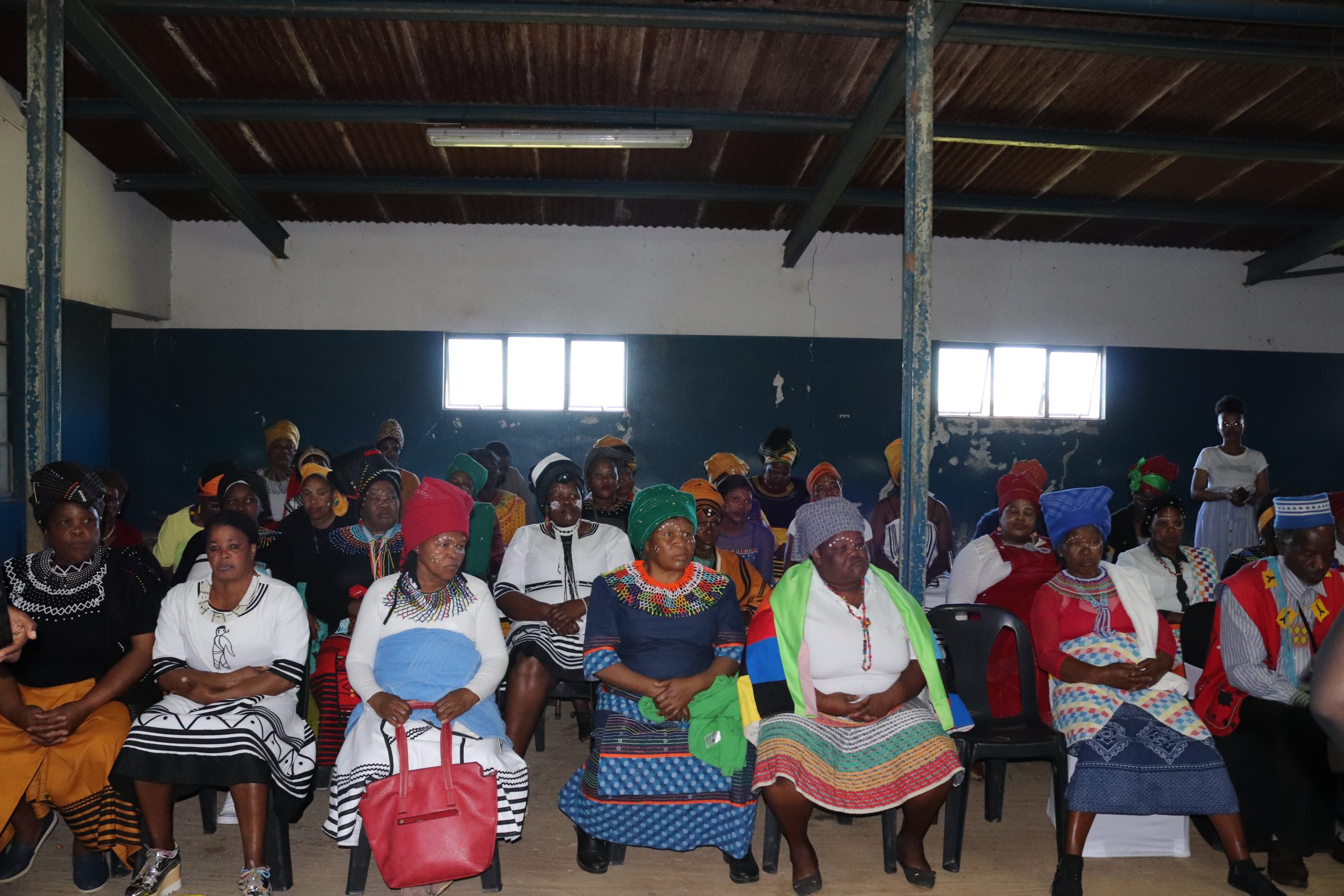 One of the speakers was Nomzi Nomfuneko Komani, part of a group of six self-employed women who cut aloe and stock its juice in 20-litre buckets for sale to a client in Makhanda.

Pensioner Lindeka Mtya is the initiator and the mentor of the Salem aloe business. She said she learnt about this business at her home in Peddie, where it is widely harvested.

The two women said it was not an easy business, but it helped them to support their families. “Through this business, our wallets are never empty – it improves our lives”, said Mtya. They charge R350 for 20 litres – R17.50 a litre.

Komani has three children who all depend on the small wage that she gets from the aloe business.

Aloe has a yellow secretion called aloin which is stored in the aloe leaf pulp. Aloin is toxic and should not be ingested as it is a potent laxative, and contact can cause skin irritation. The two women said they regularly drank milk to mitigate the inhalation of aloe vapours.

Komani said they needed safety equipment, such as gloves, work suits and boots.

They also lamented that they had lost weight because of the hardships of working in the fields. But, this has not discouraged them because they also claim their agency as proud entrepreneurs.

As a way of showing their agency, they are the ones who call the client because they do not want to feel like they have a boss.

Komani said her participation in the aloe business venture began in 2020 during the peak of Covid-19 when her husband no longer worked full-time. Circumstances forced her to look for a source of income to assist the household.

They work from Mondays to Fridays but are sometimes disturbed by weather conditions.

Komani advised the youth to take the aloe business seriously because it was a way of creating a source of income.

Locals are working together on several other farming initiatives in the area to boost their economy and keep their youth busy.

To encourage farming, Lungiswa Madinda took the stage and encouraged the community to unite and look after each other’s cattle. She said cattle had dignified households in the past and were a key symbol of wealth.

She encouraged the community to keep the veld clean and rebuked vandalism and littering which causes harm to cattle.

As part of their farming initiative, they have a Community Property Association led by a young man, Sabelo Bashe.

Ward 13 councillor Wandisile Matina denounced gender-based violence against women. He said in some households, mothers are afraid of leaving their daughters with their uncles and, in some cases, even fathers.

Bashe said he thought men were misdirecting their anger and frustrations at dented egos to women, making them violent. He said communities need to unite and fight. “Unity is powerful – it restores ubuntu,” Bashe said.

What has drought in China got to do with vegetable gardens in Makhanda?