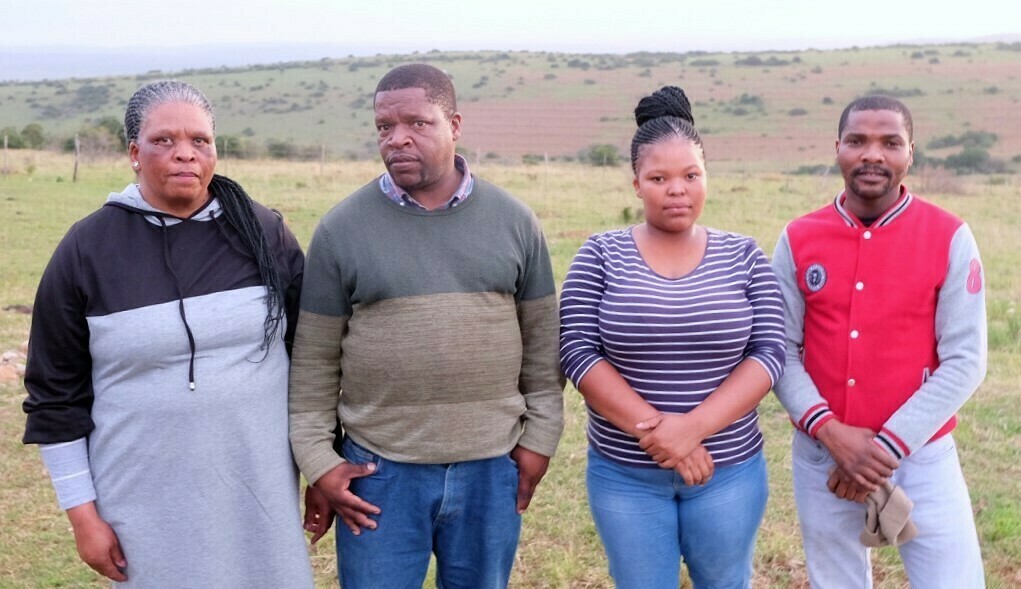 It is almost three weeks since the start of the third school term, and 15 Makhanda pupils have yet to return to school because they do not have reliable transport.

The pupils, between Grades 4 and 11, live on farms in Sidbury and need to travel over 45km to their nearest public schools in Makhanda. Their latest transport issues began before the end of the previous school term when the bakkie that transported all 15 pupils – paid for by the families – broke down.

“It was during exam time, but fortunately, our bosses were able to help transport the children to school so they could write their exams,” said Masizole Sanusa, a father of four who stays at the farm and works at the Amakhala Game Reserve. One of his children is a Grade 5 pupil at Archie Mbolekwa School. Two of the children go to the local junior primary school, which only teaches up to Grade 3. His youngest child has not started school yet. There is no other school children can attend in Sidbury. So, when the children pass Grade 3, they must travel long distances to access basic education.

Along with her neighbours, Sanusa’s daughter leaves the house at 5.30 am and returns home after 5 pm. The times are dictated by the bakkie driver, who charges between R600 and R650 per child per month.

“Although the transport is not always reliable, we’ve had to contend with this because it is the most affordable transport we could find,” said Thando Nkewana, another Sidbury father whose children have not returned to school due to lack of transport.

Nkewana has two daughters who need to make the daily trips. One daughter is a Grade 5 pupil at Adventist Seventh Day School, and the other is a Grade 9 pupil at Nathaniel Nyaluza Secondary School.

Nkewana and Sanusa say the parents on the farm have made many attempts with the Departments of Education and Transport to secure scholar transport for their children but were unsuccessful. They first approached the department in 2020, hoping to secure transport for 2021, but were told their application was late. They approached the department again in 2021 and were promised transport in April 2022, but it never materialised.

They have tried various ways to engage their children’s schools and the departments, but officials keep shifting the blame and responsibility. They even tried to engage their Ward 14 councillor, Vuyani Nesi.

Nolusindiso Tshuni is a 21-year-old Grade 11 pupil at Nathaniel Nyaluza Secondary School. She stays with her family at the farm and has also not been to school since the term started.

“It definitely affects my academic performance because I am in pre-matric,” she said. “My friends have been calling me, worried sick about my whereabouts. They tell me of all the work I miss out on when I am not there, and this makes me panic.”

Nolusindiso says she used to leave her house at 5.20 am to hitch-hike to school. Drivers generally charge her R50 for the lift, but have molested her several times. There is another boy in the area who currently hitch-hikes to school.

“As parents, it’s hard for us to see our children struggle like this to get to school. We are far from schools, and sometimes our children have to employ dangerous means like hitch-hiking and leaving while it’s dark outside to get to school,” said Cikizwa Tshuni, Nolusindiso’s mom. Cikizwa says three children within her family are facing this issue, including her sister’s grandchildren.

The parents say they feel neglected by the government because people who experience similar challenges in other areas have already received help.

Ward 14 Councillor, Vuyani Nesi, says he knows the challenges the Sidbury community faces. The entire Ward 14 – which covers areas such as Sidbury Farm, Alicedale and Seven Fountains – is facing the same challenge.

Nesi says he has communicated with the provincial Departments of Education and Transport. Transport officials had initially promised to provide scholar transport to children within the ward. When this was not forthcoming, Nesi reported the matter to the Department of Education.

The councillor says he has held various community meetings on this matter within his ward. He plans to urge community members who had previously assisted children with transport to school to continue doing so while he continues to pressure the Departments of Transport and Education to do something.

Eastern Cape Department of Transport’s spokesperson, Unathi Binqose, says the department does not have enough funds to provide transport to every learner in need.

“I can’t say if we have indeed received applications from [the people you are talking about], but I can say that we do not have enough funds to transport every learner in the province. The demand for scholar transport far exceeds what we can afford.”

Binqose says the department is currently providing scholar transport to 103 000 pupils in the province.

“Unfortunately, we are guided by what is in our coffers, and the issue of scholar transport is secondary to the problem of shortage of schools.”

Binqose promised to discuss the matter with Department of Education officials, but he advised parents to take charge of their children’s education and fund it. “Government will only help where it can,” he said.

UPDATE: Grocott’s was informed that some of the 15 learners were able to return to school on Monday 1 August. Their parents found a bakkie driver who agreed to charge them R600 per child per month to take them to school, but not all parents could afford that. Some learners amongst the 15 have still not returned to school.