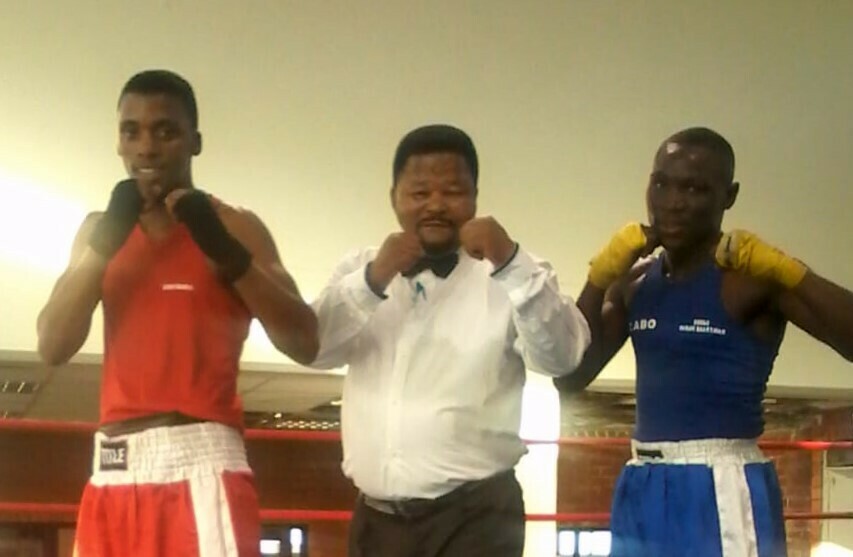 Qhama Dzedze in red with Mihlali Daniels in blue after their entertaining fight. Photo: Chris Totobela

Local boxing clubs hosted a Port Alfred-based boxing club in early July as part of the preparations for the upcoming district trials.

There were some very exciting bouts at the Joza Indoor Sports Centre that got the crowd on their feet.

One of them was between Ayabulela Mxuma from Port Alfred and locally-based Philasande Myeza of Masibambane Boxing Club. Mxuma won the fight with a TKO.

The main bout of the day which also happened to be the last was between Makhanda’s Qhama Dzedze and Mihlali Daniels from Ndlambe. Dzedze, who is also part of the Eastern Cape team that will be participating in the national championships, showed his class as early as the first round.

Daniels also gave as much as he got and took the fight to Dzedze. In the second round, both fighters stood toe to toe and exchanged clean but stinging punches to the delight of the crowd. In the third and last round, Dzedze showed why he was included in the Eastern Cape team. He constantly caught Daniels with a left hook and a very solid straight punch. Daniels caught Dzedze with a solid right hand but Dzedze took it well and came back with a solid body punching combination.

The crowd applauded both boxers at the end of the fight in appreciation of their efforts and skills. Dzedze won on a unanimous points decision. It was a great fight that was really enjoyed by the crowd as both boxers gave their all.

Makabo president and Sababo secretary Khayalethu Richards thanked all those who took part in the tournament and wished them well for the upcoming events.

Makhanda will again play host to Sababo Cadets District Trials, to be held on 16 July, including teams from as far as Graaff-Reinet.

Bulelani Ndwayana was pleased with the event and praised the organisers for the job they did.