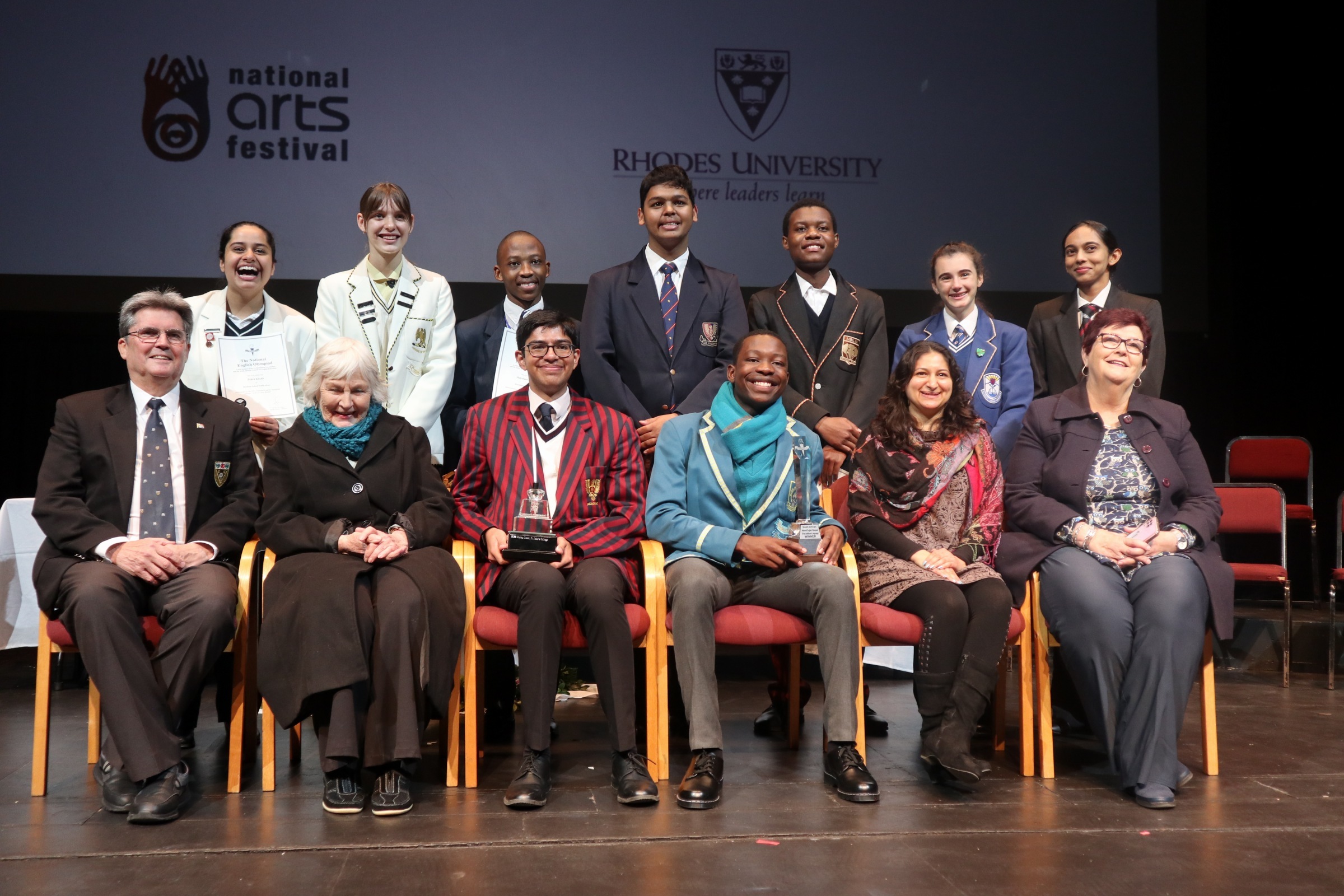 Some of 2022 Top achievers with competition coordinators. Photo: Likhapha Thaathaa

The ceremony was held as part of the National Arts Festival Schools Fest at Guy Butler Theater on Friday 01 July, with some of the top pupils in attendance.

Desai is a matriculant at Johannesburg’s St John’s College, while Manyengawana, who was also the 2021 English Olympiad First Additional Language champion, is a Grade 11 pupil at Blue Hills College in Midrand.

Nearly 6000 pupils wrote this year’s English Olympiad paper in March, with the top 3 English Olympiad Home Language participants managing to score in the upper 90s for a paper that included creative writing and a discursive essay.

The theme of this year’s Olympiad was ‘The Future – Utopia or Dystopia.

“It’s always the intention that the Olympiad’s syllabus and the examination should cause learners to explore the relevance of literature to themselves and the world around them,” said Rob Sharman, the competition’s national coordinator. The competition also allows pupils to demonstrate critical thinking and writing skills.

“There were some really brilliant creative answers, some remarkable responses to the graphic novel and some brilliant and varied poetry…” another marker remarked.

According to Sharman, the NAF has taken on the responsibility of the day-to-day administration of the 47-year-old competition, which is the Grahamstown Foundation’s oldest project.