Nothing happens, nobody comes, nobody goes 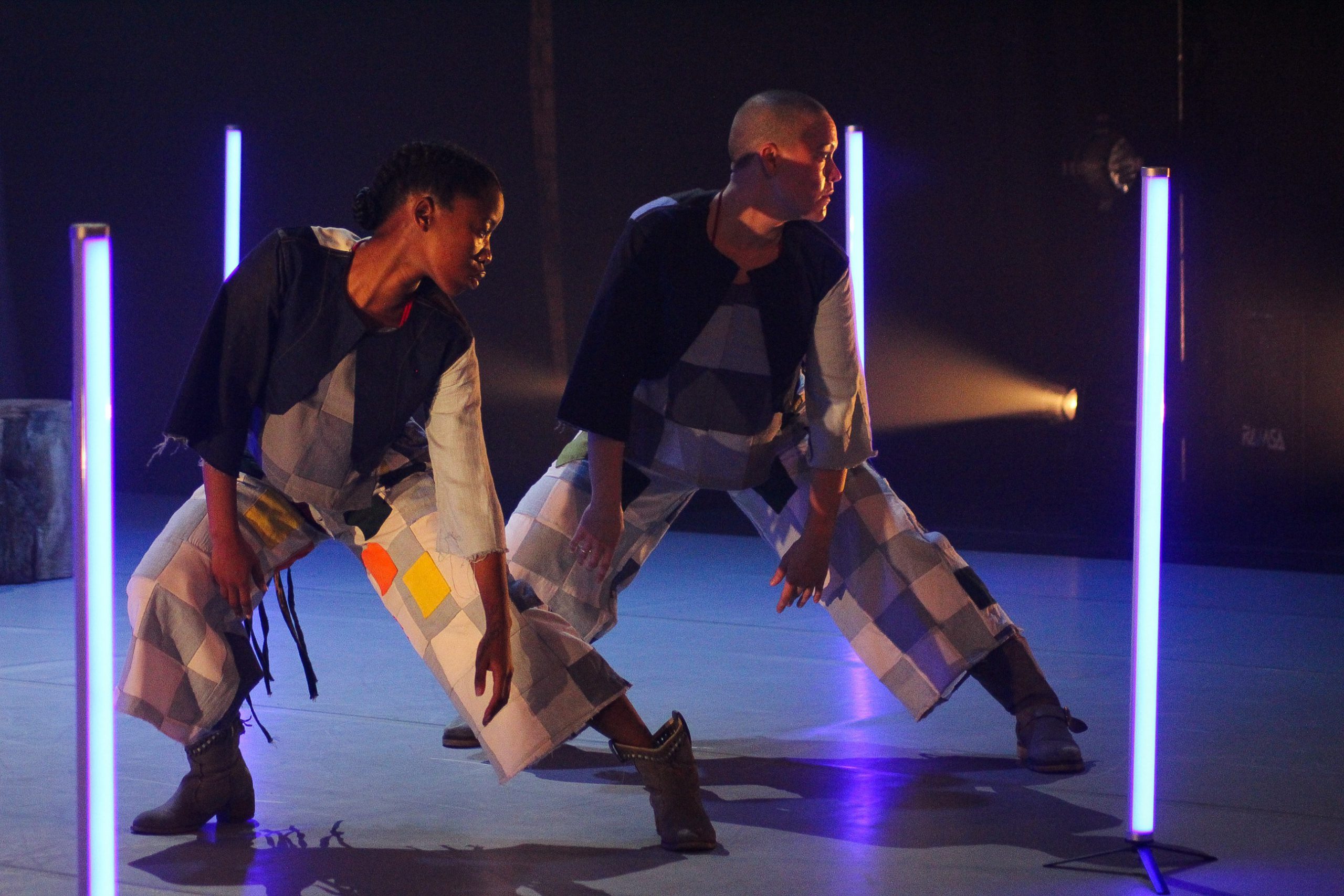 A scene from 'Purgatory: A Working Title'. Photo: Luchwayito Vena

It’s been 28 years since the beginning of democratic South Africa and all its attendant promises of freedom, yet we’re still waiting. A better life for all must arrive, surely. We just have to wait a little longer.

This is the genius of Samuel Beckett’s Waiting for Godot, as it taps into the universal existentialism we all face; the limbo of the present as we wait for a better future. In South Africa, that existentialism circles from the personal to the political and back again.

Standard Bank Young Artist Award winner for dance, Kristi-Leigh Gresse, has tapped into our zeitgeist with Purgatory: A Working Title. With no option but to carry on, Gresse has made the bold decision to translate our emotional and spiritual exhaustion into dance, creating a work that is effective on the individual level but is also a scathing political critique.

To dance waiting. To dance the exhaustion of hope and express the futility of being through movement is a bold and intriguing choice.

And the performance has yet to start.

Gresse and Kirsty Ndawo lead us into Beckett’s wasteland through tightly controlled gestures, repetition, rhythm and gestures of implied symbolism.

The atmosphere of Beckett’s famed play is recreated along with elements of the landscape in which Waiting for Godot’s characters are stranded. Cut logs point to the bare tree; a leash binds together the two musicians, the performers are in heavy boots, the costumes patched and homespun. But Gresse’s interpretation is modern, very much in the here and now, rooted in our dusty, potholed, waterless, powerless present.

Inventive lighting is a crucial element of the set in Gresse’s work, co-directed by Matjamela Motloung. LED rods, reminiscent of fence posts, stand, seemingly scattered at random about the floor. Either timed or triggered by movement, they shine as Gresse and Ndawo pace, at times fading after they pass, at others staying lit. Wilhelm Disbergen’s design raises the question of whether the performers or the lights lead the way.

Video, so often a distraction or spectacle in theatre, was here incorporated into the work, a single repeated clip projected onto the large scrim forming a semi-transparent divide between dancers and musicians. While the audio was unclear, the phrase “I’m a busker, not a beggar” was sufficient to drive home the idea of the artist occupying the same emotional landscape as Beckett’s existential characters – a purgatory in which there is the freedom to exist, but nothing to support such existence.

Musicians Sandiswe Lisa Ntonga and Zawadi Ya Munbu provide a rhythmic, haunting, although at times surprisingly upbeat soundtrack to the constrained but emotive dance choreographed by Gresse.

Assuming the roles of Pozzo and Lucky, or at least a version of them, they act as the heralds of deferral.

At times this piece is absurd, frustrating – yet thoroughly engrossing. Despite the repetition, the tension of constrained energy, and the nothingness of what happens, we cannot tear our gaze away, transfixed in suspense, waiting for resolution. Waiting. Waiting. Waiting for our freedom-wielding stranger to arrive.