In conversation with Alan Webster on the National Youth Jazz Festival 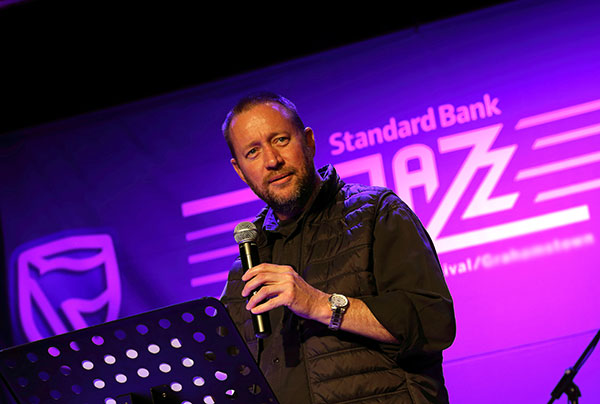 Jazz is back in its usual home at the DSG Music Hall. The young jazz stars of the National Youth Jazz Festival again join local and international musicians at the National Jazz Festival to learn, collaborate and share through daily shows and late jams. JOY HINYIKIWILE caught up with festival director Alan Webster.

Cue: Tell us about the history of the National Youth Jazz Festival.

Alan Webster: The National Youth Jazz Festival began in 1992, although the Jazz Festival in Makhanda, which was then Grahamstown, began in 1989 as a spinoff of the [Cape Town International] Jazz Festival. In 2004, the two festivals became one. Standard Bank was our sponsor for 24 years, but unfortunately, the collaboration ended this year. [Nonetheless] we’re still going strong.

We bring together school students, university students, and professional musicians from around South Africa as well as from around 15 different nationalities usually, too. It’s a unique festival because it brings together professional and young musicians. They get to have meals together, perform and enjoy each other’s performances. All performing musicians also get to teach. So, students can be watching a performance one day and the next day get to ask the artist about their performance.

It allows artists to network and showcase their art. There is no networking space within the jazz industry in South Africa like this one. We hope that the artists can use the NAF to come together, network and exchange ideas. We hope they leave this place excited and inspired, with new ideas and networks, and then come back next year even better. This is also an excellent space for audiences to get a taste of what the industry offers.

At this year’s festival, we have nine days of performing in total, 36 performances, jam sessions, and much more. We have focused on young musicians who are changing the industry and going to different places, taking us to new eras.

Cue: How do you feel about the return of the in-person National Arts Festival?

AW: The last two years were very interesting. Until this year, it was the Standard Bank Jazz Festival, and we had online performances in 2020 and 2021. Last year, we had a live National Youth Jazz Band and National Schools Jazz Band. Participants auditioned online and then came to East London, where we had live performances. So, it was a combination of both live and online.

We had some doubts about the return of the live National Arts Festival this year, but it’s all taken off. We’ve been performing since Saturday 25 June. It’s been exciting, and we are still expecting great things.

Cue: How does the National Youth Jazz Festival try to foster inclusion?

AW: This is a development festival. We have a lot of students from different places who struggle to get here. In the past, we had financial support for students who couldn’t afford to be here. Unfortunately, with no sponsor this year, we couldn’t offer that. So this year wasn’t as good as usual in reaching outlying areas.

Cue: How do you scout artists?

AW: The Youth Festival has been going on for 30 years, so people in the jazz industry know about it. We did send out invitations, and people can apply to come. Unfortunately, we had to turn people away because we couldn’t accept everyone, but in January every year, we release a statement announcing the festival.

We have schools and universities as well as informal institutions. The national festival is open to everyone. We have groups from most of the nine provinces, but mainly from the Eastern Cape, Western Cape, KZN and Gauteng. This year was tricky for Gauteng because of the pandemic school term times. Some are still writing exams, which is unfortunate.