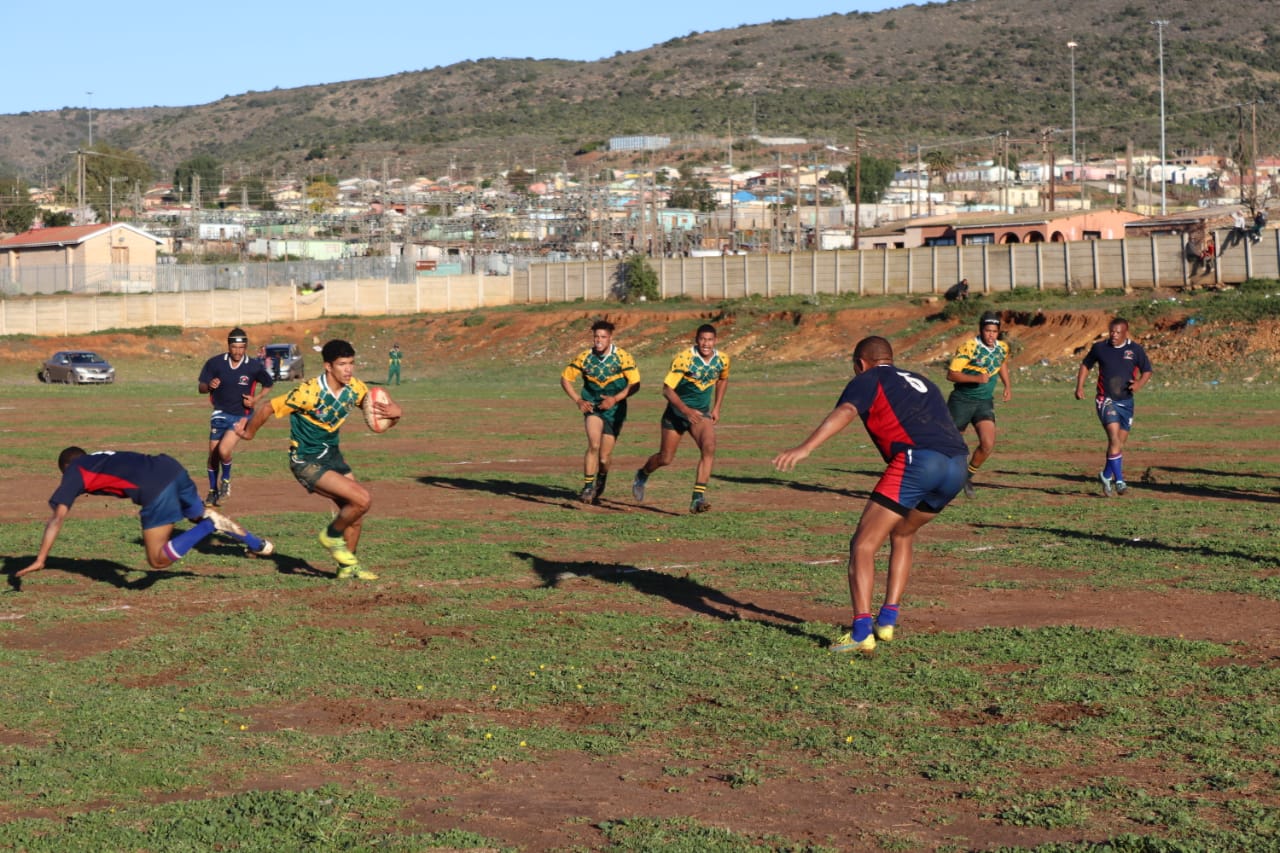 Veteran Nico Kock produced a Man of the Match performance as Rosebuds United and Klipfontein United played to a titanic 20-20 draw in their second-round EPRU Sedru Regional League fixture at the Alicedale Sports Ground on Saturday afternoon. The home side was narrowly ahead by 7-5 at the break.

The draw saw Klipfontein moving down to third position with OC moving up to second after receiving soft points against Wanderers.

A decent crowd were present on a beautiful day for rugby and were not disappointed by the two teams.

Both teams started scrappily and made too many handling and unforced errors, as many scoring opportunities went a-begging. The game saw four yellow cards issued.

The home side’s discipline continued in the second half and played with a man down. That resulted in the visitor’s hooker Denver Hitzeroth scoring a fantastic team try with a counter-attack from the halfway line, a kick that didn’t find touch by Lance Louw. The visitors led 10-7.

Rosebuds started running the ball from all corners, putting the visitors under pressure. Piet Samson scored in the 13th minute as Louw converted to regain the lead 14-10. The visitors put pressure, made matters difficult for themselves, and lost scoring opportunities. Louw stepped forward for Buds and slotted a 25th-minute penalty to extend its lead to 17-10. The visitors showed their class and fighting spirit and were rewarded with a brilliant try by Ndike, who scored his second of the afternoon. John Hutchinson (8) converted to level matters at 17-17 with less than 5 minutes remaining.

The game got intense as the crowd were on their feet, screaming and cheering their teams up. Lance Louw was at it again, and his kicking boot gave them a 20-17 lead after slotting a penalty in the 38th minute. Moments later, Klipfontein decided to kick for poles instead of going for the touch and forced a win. Hutchinson’s penalty was over, and the scores were level again at 20-20. The game went into injury time, with both teams searching for a winner. Both teams’ defences were firm, and the final whistle went for full time, as the score read 20-20.

The Grocott’s Mail Sport/Daniels MEDIA Man of the Match went to Nico Kock of Rosebuds. Kock was once again the outstanding player for his side and was all over the park. He was a handful with ball in hand, solid behind the scrum under pressure, scoring a fine try and was effective at breakdowns.