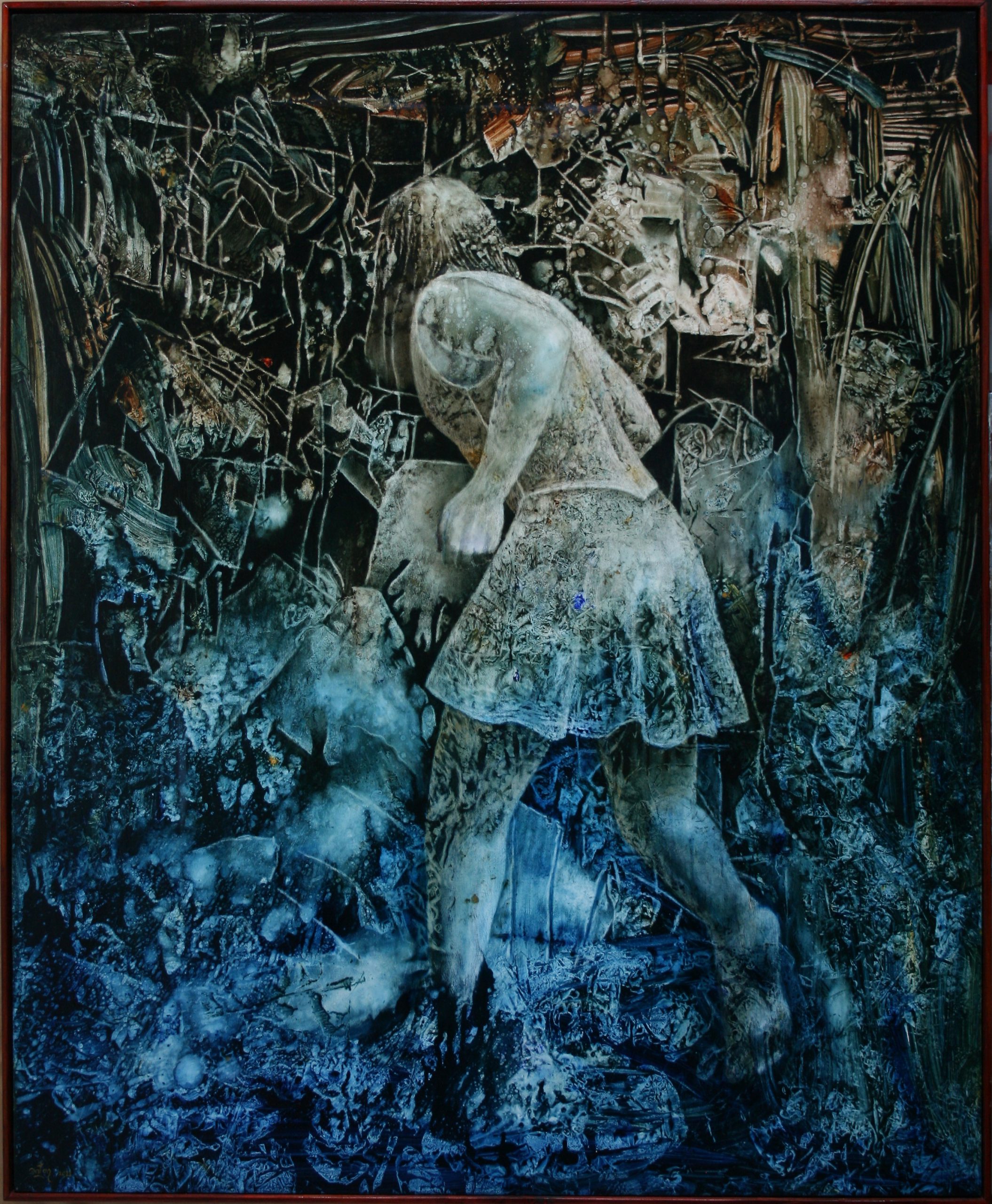 MUSIC: In Fluorescence by The Fishwives
Review by STEVE KRETZMANN

Good lyrics count. Yet the pundits are all surprised Kate Bush’s Running up that Hill has hit the top of the UK singles chart 38 years later.

The kids recognise good pop when they hear it, even if it’s while watching Stranger Things on Netflix.

Clearly, they’re being fed a lot of crap. Listen to some of the other tracks in the top five.

But there are good lyrics being written. Great ones. To real music. Take the Fishwives. No warps, loops, distortions. Shit, it’s like Folk without the purists, able to go anyway it chooses – in this case, tying a rock on its ankle and wading into the ocean, somewhere near Agulhas.

Their new EP of four songs, titled In Fluorescence, gives us more of their raunchy, irreverent, twisted, and subterranean blues. Telling us stories with drum and bass and ensnaring guitar licks. Listen to it once, listen to it twice. Before you know it, you’re in love with a fish wife. You’re octopus food.

‘Come, I’ll feed you all my babies, come, feed on me’ and ‘You come home all alone with a shredded dress and a smile’, delivered in Sarah-Leigh Burger’s menacingly seductive voice. This is what they start with: tentacles that want to suck on your breast. With genitalia.

Then they give us ‘I swallowed an iceberg, I choked on my words’ in a song about the moon coming down to see its reflection, in poetry all its own, going inwards.

This foursome (bassist Anton Brink on all tracks and here joining Strato menacing us on the rhythm), then slug us with Mrs Daisy, Lizzie Gainsford giving us the epitome of the murderous crazy bitch as she joins on vocals.

‘One step too far and it’s her brown eyes you find bizarre.‘

‘You’re pretty good with women, you’ve heard it in the past, but when her legs are wrapped around you, you know you couldn’t last. And when your friends are getting worried, pointing at your bruises, you shrug it off, saying beggars can’t be choosers.’

Strato, tapping out his death march, calling like the lost mariner in the background, hanging onto a snare drum to keep from drowning in the fishy feminine funk.

They don’t let go of the darkness; the gloomish plot thickens, and there’s still the last quarter to finish off the hole.

It starts in slow notes plucked from guitar with shadows of Africa south in the rhythm. From inside the asylum, these characters haunt. Even amidst devoured babies, it’s the most cynical of the tracks, a glimpse of bitterness and disillusion. These women are not afraid. They’ll go there and come back. For what they have alongside a musical sense of place, poetry PJ Harvey would groove to, and literary imagination, is wit. And honesty.

The Fishwives create music worth listening to that rewards every time. None of the tracks is going to get to No.1. And you can break that double negative pun down any which way you like, but those they get to, are going to be got.

If you aren’t already, be warned, this four-track might get you hooked. Landed and gutted.

The Fishwives will launch In Fluorescence at the National Arts Festival in Grahamstown on 1 July, after which you can get it off all streaming platforms, probably Bandcamp first, where you really should give them some money for their art.