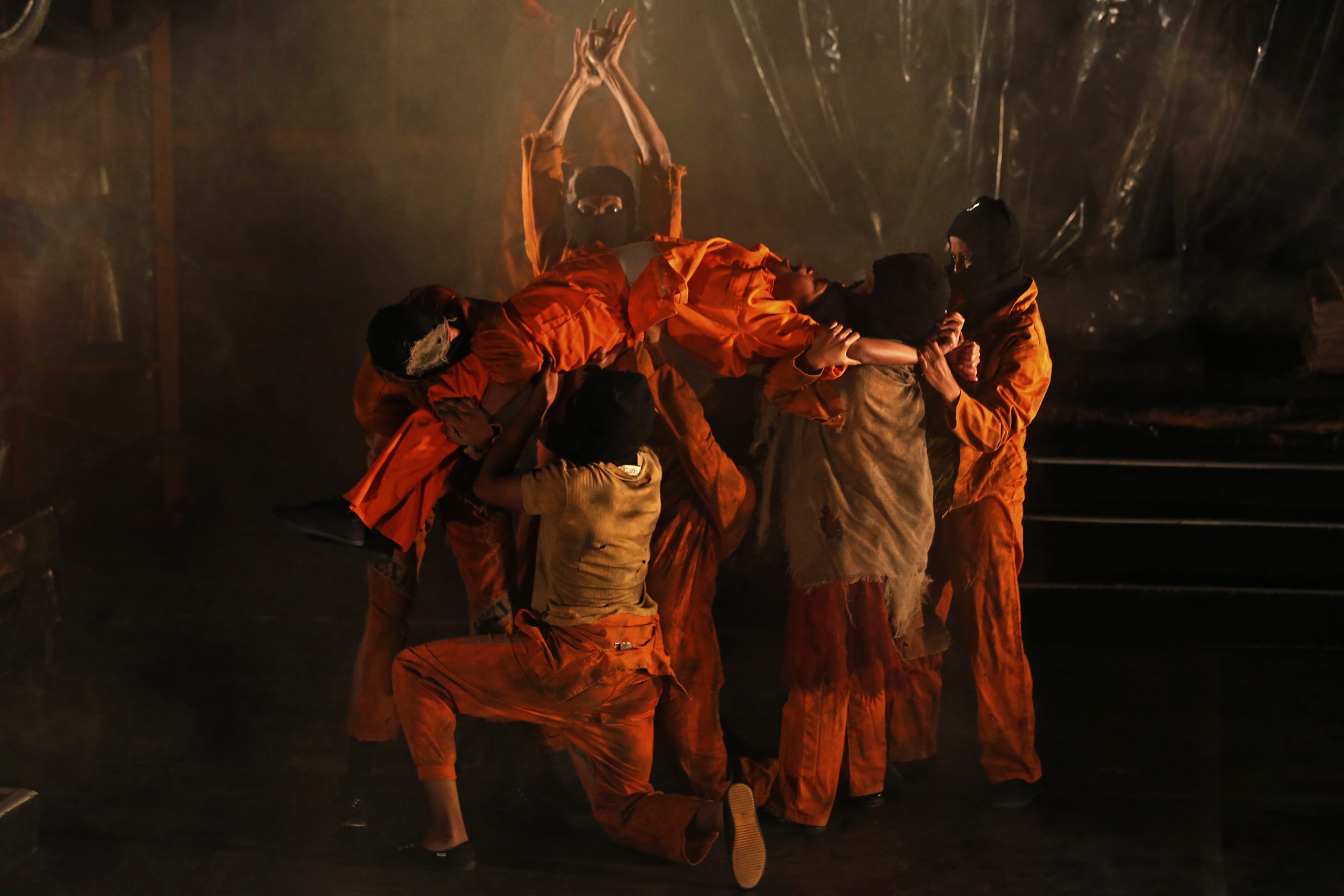 We are searching for new voices, new movements, something, anything, because everything is kak.

Now about the play, it is profoundly pleasing that Josias Dos Moleele and The Market Theatre Laboratory students have chosen a wasteland as their starting point.

Shashalaziville is where your waste people go to be dumped.

In metaphor, that is literally most of the millions of South Africans who look up from the sewer to the grate and peer at the glistening, thick, shiny SUV tread of the state, party and hangers-on who trundle along on their way to the next golden tender party hosted by the corrupt and carnivorous. The bristly, thick-skinned, fake, perfidious, devious, malfeasant rotters who make up the elite.

The cast of 13 grab us, a nice turnout of 60 or so on a Monday at 2 pm at Graeme College, and drag us into this stinky, grubby metaphoric pit. And they rub our noses in it.

There is so much good South African post-democracy shit flying around that one can feel a little high — yes, this is the stuff that is real and true and right! Keep on, keeping on, I feel myself saying.

It’s dirty, but I am getting the piquant aroma of something new and wholesome from the kitchen. All the grime is shrinking away, like a drop of dishwasher hitting the oily scum on the sink’s surface.

Disclosure: I loved watching my friends work in this same lab in 1991, and I am savouring the sense of historical continuity. This is red-hot passionate, free-flowing theatre. It is dynamic and expressive, and there is commitment pulsing in the veins of those on and off stage.

I can say this without contradiction from at least one other audience member who leapt to his feet as the curtain (metaphorically) fell and roared out his approval. “Yeah! Yeah! That is what we are saying!” It was as if he was urging the rest of us in the bleachers to come out of our slumber, to see the wasteland being wreaked upon us by the narcissistic, predatorial elites. Awake and rise! And at least give them a standing ovation. Which was easy because this show earned it in healthy heaps.

This is what we want: the air cleared, the lies of the land laid bare before us, washed clean by the fresh rain of outrage.

A word of caution: the militant dance at the end was shocking. So furious, so reminiscent of when Mbulelo Linda and I first struck it down in words in then-Port Elizabeth in 1985 (according to Irwin Manoim in his history of the Weekly Mail for whom we freelanced).

That is how fearsome it was then. It was the dance of war. Yet, those of us who have lived through the butchery do not easily wish to go back there.

But then SA is already being plunged into a civil war in which the masses have been cheated out of billions and billions in cash, but in more meaningful terms, robbed of a good life.

If the main message in the piece was war, I am grateful that the sub-theme was that the wages of war are death.

Thanks for letting me know at the start when a journalist is murdered for telling the “wrong” story.