Confessions of a part-time coconut 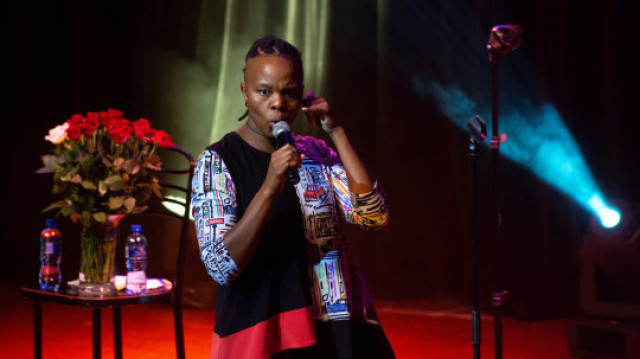 Comedian and descendant of supposed ‘coconuts’, Thato Mabelane brought the house down with her debut of personal and witty stand-up comedy. 3rd Generation Coconut recounts Mabelane’s experiences of performing and travelling around South Africa and abroad. She finds the humour in the ‘coconut’ trope, poking fun at herself and others, but ultimately shows that people’s identities can never be so simply boxed in.

As most South Africans know, a coconut describes someone who is black on the outside but follows the norms and tendencies of a white person. Mabelane elaborates on this and shares that she loves water and rowing, which is stereotypically what white people enjoy.

But she also complicates this notion, showing that stereotypes never capture the complexity of a person. As it turns out, Mabelane isn’t as much of a coconut as you may think. She shares that she speaks seven official South African languages, and English was the last one she learned. While she takes a trip down memory lane, she shares some hilarious memories of her childhood, including her “coming out of the closet” story and how she got nicknamed ‘Ms Boombastic’, further detailing her unique history that belies labels.

It was a riveting experience, and Mabelane kept the audience in stitches throughout the show. This is a comedic experience not to be missed. Buy your tickets for 3rd Generation Coconut and be prepared for some humorous stories that shed light on the messy world of labels and identity in post-Apartheid South Africa.

Previous ArticleTo dance or not to dance?
Next Article Accepting rejection