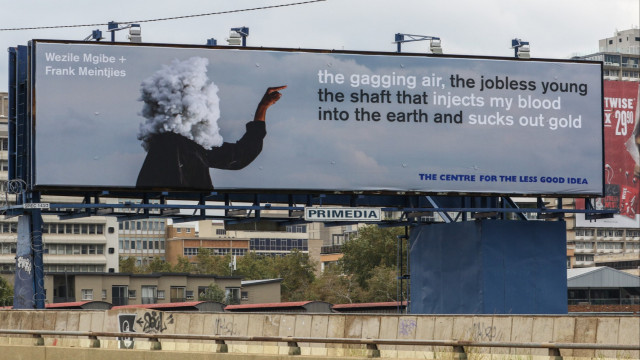 PERFORMANCE ART: A conversation with Wezile Harmans
By MZWANDILE MAMAILA

Rejection is a common yet painful experience in South Africa, where youth unemployment tops the global rankings.

Wezile Harmans’s performance art is inspired by a point in his life when he was going through an emotional rollercoaster caused by an email beginning with the words, “We regret to inform you”. This phrase forms his performance title, which is highly influenced by his upbringing, surroundings, and encounters. Wezile Harmans invited festinos to talk about this process in A Conversation With Wezile Harmans as a part of NAF’s Art Fest programme.

Harmans explains that We Regret To Inform You creates an environment of feeling instead of spectating. He is sure that we have all encountered this kind of email, and the performance encourages participants to take a pen and paper and start writing about the day they received this email. “After that, what do we do?” asks Harmans. He explains that this exercise is not meant to trigger unwanted memories but to help people move on. Harman’s work is, ultimately, about healing.

Born and bred in Gqeberha, Harmans shared his journey and background. Trained in musical theatre before establishing his studio in Johannesburg, Harmans expresses how he has a love/hate relationship with his studio. “It reminds me that I have work to do,” he says with a smile. Various participants expressed how they saw themselves in Harman’s performance, with one woman commenting that the experience helped her find closure. It was an enlightening conversation in an intimate environment with this talented young artist who has turned his art into therapy, a moment of cathartic release for both himself and those who experience it.