My life at the Festival 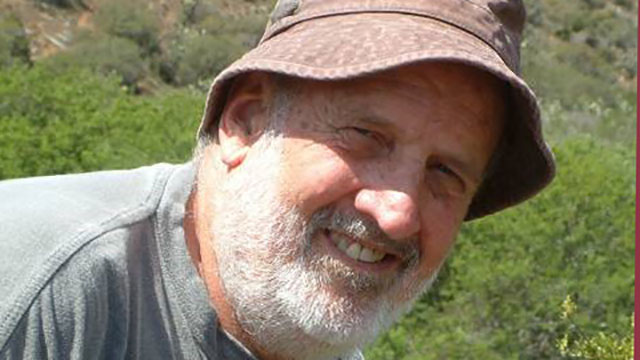 I have lived in Grahamstown throughout the life of the National Arts Festival and became a most enthusiastic Festino in the 1980s. When it started in the 1970s, it was exceedingly small and only at the 1820 Settlers Monument, with just a few main productions.

Having been to Shakespearian festivals in Stratford in Ontario, Canada, I was keen to attend Shakespearean shows in Grahamstown. However, there were many different dramatic performances even in those early days, and Shakespearean theatre has taken a backseat.

The Festival came alive when the fringe opened, and suddenly, we had venues all over Grahamstown. The emergence of the fringe meant that performers, unbeknown to most, suddenly appeared from all over South Africa. It was fun to initially just pick a show and go along on the off chance of seeing something good.

Booking tickets in the early days was problematic, as they were obviously all printed and card tickets; no computer booking then. There was an office in the High Street where one would go book. You would ask for a ticket, and they had to fish the appropriate ticket out of an enormous board behind which all the tickets were housed. It was a lengthy process to access the card tickets.

It was a revolution once the computer booking came in. I could now book in advance and collect my tickets at the booking office later. This I did for many years and booked numerous shows for myself and my family. My sister, Delysia Hoehne, from Bloemfontein, was most enthusiastic about the arts festival as well, and she would arrive, and we would see at least three or four shows a day.

As a member of the Grahamstown amateur dramatic society, we were privileged to usher at the main events in the Guy Butler and Rhodes Theatres as, in those days, allocated seats were assigned for each person. It meant we could see many more shows after ushering, which was all voluntary. To book, I would initially fill in all the ones I wished to usher in my programme and then book all other shows around those. I would, of course, have to get extra seats for my wife and my sister Delicia if they wanted to attend those shows as well, which they usually did.

In the 1990s, one of the gentlemen from Rhodes University criticised that these old-timer whites were privileged to be ushers at the theatres and we were taking away jobs from the locals. Our society responded by saying that we were very reliable and efficient at the job, and the festival committee appreciated what we had volunteered to do so for many years. That seemed to satisfy the critic. Of course, we did not only attend the shows that we had liked, and I remember I had to sit through some boring dance programmes and the jazz, which I did not appreciate, at the Monument Theatre.

It is wonderful to have the Arts Festival back in Makhanda in 2022, and celebrating the Very Big Comedy Show in the theatre last night was a joy to behold. I must have been the oldest person in the audience! I noticed the stand-up comedians’ multiple uses of foul language, but I expect this is just the norm these days. Fortunately, a good deal of South African humour dampens down the uncouth language, which would not have been appreciated by my old lady colleagues at all.

We hope that we will see the new-style Festival for many years to come. There are only a few disadvantages now. One of these is the lack of the printed program, which is unfortunate as we used to enjoy paging through it to choose additional shows. You also had something to enjoy reading, rather than your cell phone, during intervals and periods when you waited for shows to start. Also, the lack of the Cue being sold on the streets is a retrogressive move as I believe there is still a place in the world for printed matter and electronic forms of communication. Having said that, I can tell you I dictated most of this to my up-to-date laptop! See us oldies do move with the times.

The Festival changed over the years, or should I say evolved. In the 1980s, there was criticism, rightly so, that it was too Eurocentric and not enough local material. There was a fair amount of criticism of apartheid and the government in some productions that the apartheid government tolerated; I don’t know why. But the organisers made real changes by bringing the Eastern Cape Cultural departments into sponsoring the Festival, and in return, more cultural changes were introduced.

Consequently, change has come about, and we are approaching a programme genuinely representative of our rainbow nation. I noticed that right away this year in opening the programme. There was little to show of the old-style 1970s and 1980s shows; so much was of local productions, of different cultures and genres. However, one thing is that this year we don’t have the foreign participation that we have had in the past. We will have to win that back. Last night, it was great to see the camaraderie between the stand-up comedians of all cultures and genders.