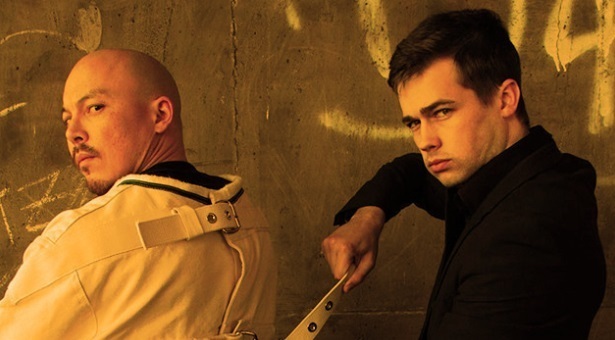 “If he is the same guy, he is good.” Not specifying whether he meant Brendon Peel or Li Lau, the audience member enthusiastically anticipated the sorcery to come. Magician and mentalist Brendon Peel and escapologist and sideshow performer Li Lau, who made an appearance in the 2019 National Arts Festival and, more famously, on Britain’s Got Talent, return to the festival in a joint performance of The Absolutely Mental Magic Show.

This audience member wasn’t the only one who felt this way, as people flooded into the Masonic Front to grab a seat for the show. The venue was so full that extra chairs had to be added in anticipation of the performance.

From the classic card trick to the more edgy coin tricks and the pulling of mini tampon-shaped six-of-clubs out of noses, Peel and Lau kept the audience at the edge of their seats, with every trick and illusion receiving wide-eyed stares of awe and loud applause. The performance was mind-blowing, interjected with moments of comedic relief to allow the audience to breathe.

While the duo didn’t perform their infamous crossbow illusion, Li Lau proved why he is called the ‘One Crazy China’, and Brendon Paul mesmerized the crowd with his mind-reading mentalism. The end of the show left the audience wanting more.

You can watch the duo’s The Absolutely Mental Magic Show until 30 June. Brendon Peel has an individual show, Impossible! on 28 and 29 June and 1 July, and Li Lau will independently host a show, The Magic of Sideshow, from July 1-3.