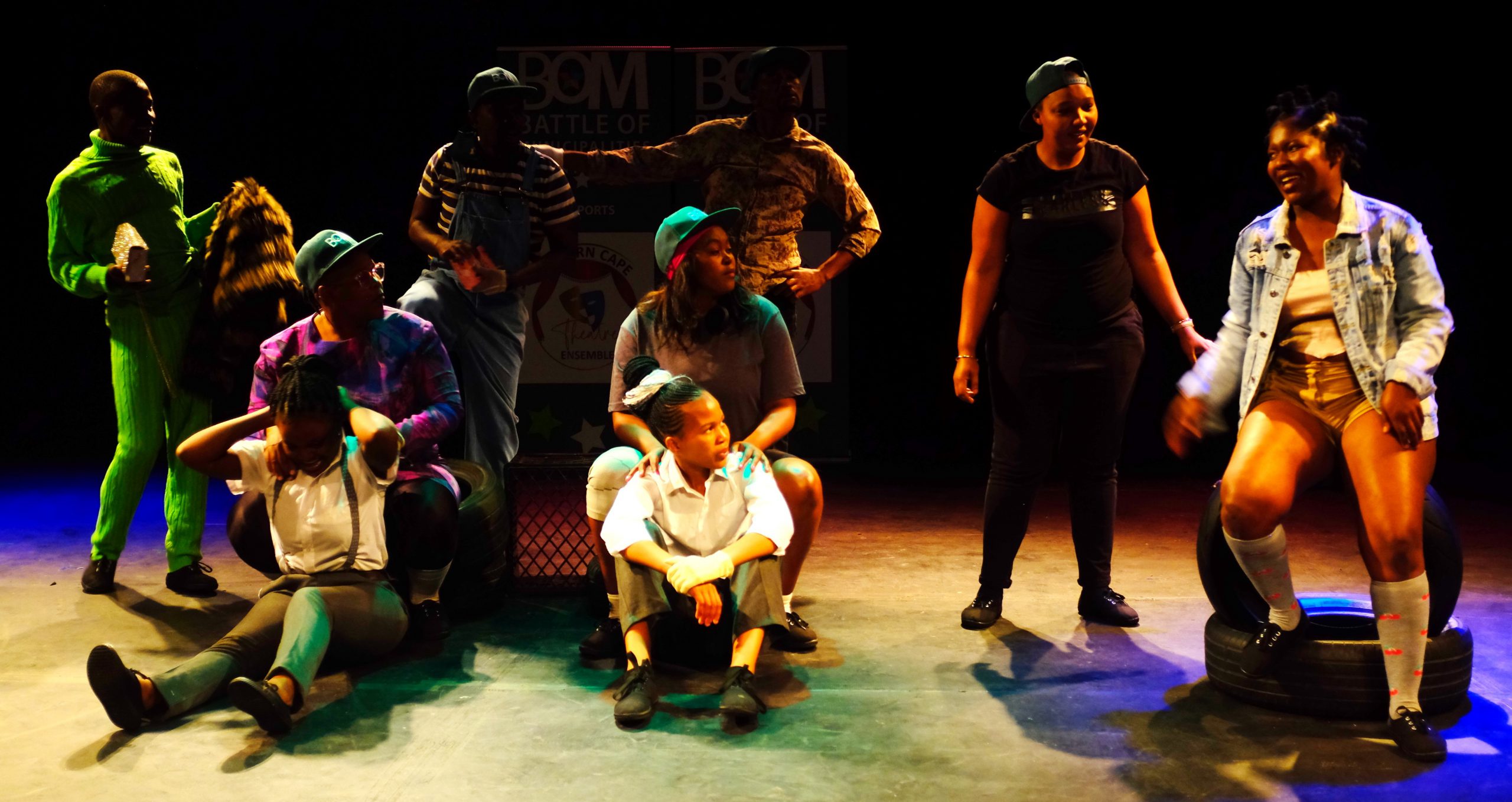 A scene from 'Ghetto - The Musical'.

The stage is alive, roaring with vibrant dancing and passionate acting accompanied by sweet melodies sung by the actors. The struggling saga of the arts and artists in struggling communities is brought to life through a musical drama production.

Art initiatives and artists battle to find funding to take their ideas off the ground. They are often buried under a pile of paperwork, long application processes that suck them dry of energy, or responses (and excuses) as to why it is not possible. Ghetto, The Musical, directed by Luyolo Sentile, brings these challenges to life, taking the audience through the seeds of hope and ambition that drive artists forward and the power structures that fail them.

The production comments on the importance of getting the youth, especially impoverished communities, into the arts to stir them away from dangerous activities or situations. At the same time, calling out those in power for their empty promises, manipulating the system to remain in control, and continuously hanging the arts out to dry.

The dancing brought high energy to the production. It was a pleasure to watch, and the audience was hyped by the local song choices and dance moves. The part that stood out was the contemporary dance piece, accompanied by spoken word poetry from two of the actors. The dancers moved with intention and emotion, their bodies expressing the pain and suffering echoed in the two actors’ voices. They touched on how poverty and the economic devastation of Covid-19 have caused many to think more with their stomachs than with their minds and hearts, making them easier to exploit. The music volume tended to drown out the actors’ voices at specific points of the production and sometimes did not start playing when the actors needed it.

Language is not a barrier. The production is in English and isiXhosa; the plot is relatively easy to pick up, and not much is lost if you do not understand isiXhosa – you can quickly gauge what is happening. A few chunks of humorous jokes and side comments may go over your head. Some of the jokes in isiXhosa make use of strong language, and the age restriction should have indicated this, but the jokes would be ineffective without the spice. The jokes are delivered fervently; they come off as natural, not forced, and are placed in just the right moments.