The magic of Village Green 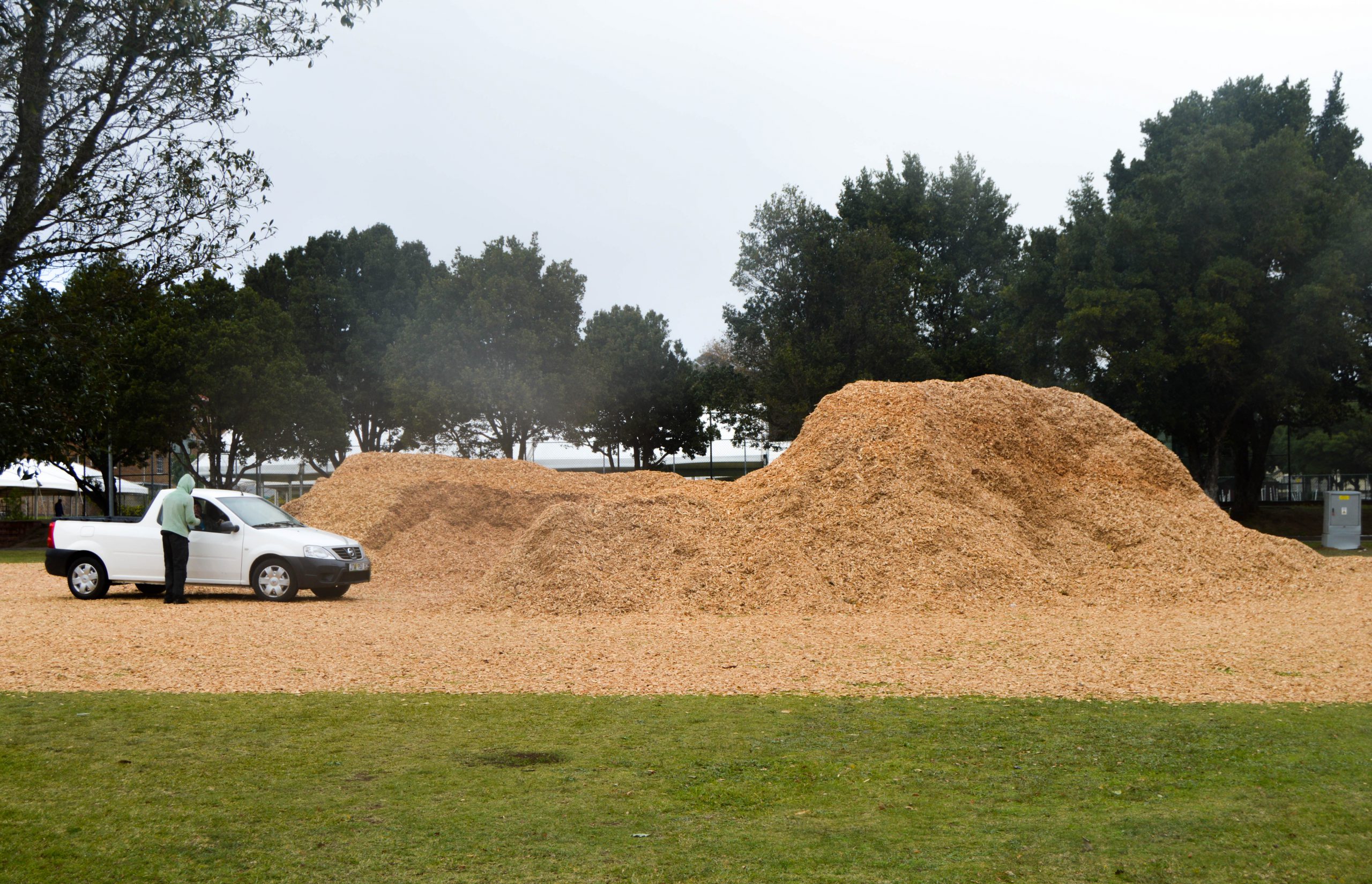 The start. 300m2 of woodchip arrives at the site.

Long ago, humans from all over the country started a tradition. One in which they came together in a village and shared music, laughter, food, crafts and each other’s company.

Over the past few decades, this tradition continued between generations across South Africa. People travelled miles to feel the magic the village had to offer. Until one year, a deadly pandemic dulled the spell, and no one was allowed to return to the village for their annual festivities. After a long, hard fight, the village was finally able to return, and the magic behind the village was revealed.

The village’s foundation extends beyond what we see but is made of everything we don’t see. Preparations begin two weeks before the start of the Festival.

The structure of the village provides support, internally and externally. Every person contributes to the construction and helps create the magic.

The walls are the spine of the village. Essential for protection and formation. Walls bring people together, which keeps the magic going.

The arrival; a time filled with excitement and anticipation. The inhabitants start to claim their places in the village and fill it with magic.

It does not take one person to build a village; it takes a community. The people that lay the foundation, build the structure, put up the walls and fill the empty spaces with laughter, music, and smiles. This is the magic of Village Green. The community.