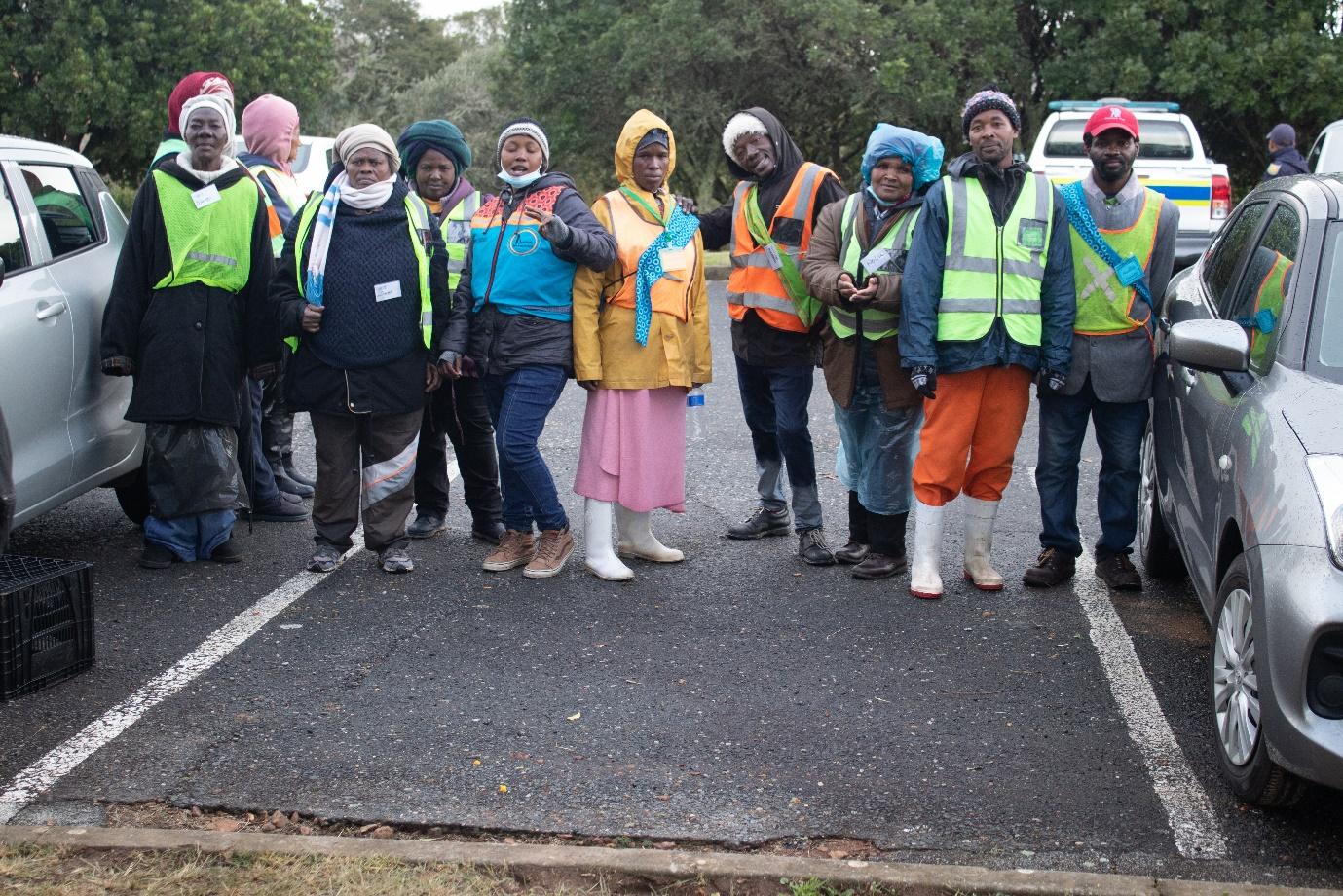 “The project is working towards empowerment, integration, respect, and dignity for people in Makhanda,” said the project manager, Lilly Quin. People can identify the members of Abakhuseli with their unique uniforms, though some of them have name tags and sashes at present. “The Department of Traffic is aware of us,” she added.

Abakhuseli is working in parallel with Food4Futures, a Makhanda-based NPO focused on hunger alleviation. They run a Parking4Parcels project which provides a way for the public to help those in need as they go about their daily lives. People can buy mini parcel tickets to tip car guards, who can then exchange them for food at Food4Futures’s office at 2 Dundas Street.

The car guards team said they appreciate the Parking4Parcels tickets because the food packages make a massive difference to their families. “I am an orphan; the food parcels help me to eat together with my siblings,” said Wendy Cedile, one of the car guards.

Linda Vongo is taking care of nine family members with the tips she receives from car owners. She said she has volunteered as a car guard for 13 years. “I am hoping to receive more money during the festival,” she said.

“It’s winter now, and I would appreciate clothes donations,” said Ntombizodwa Mtwalo, who is taking care of eight. She would be grateful for anything she can receive from car owners.

Mary Birt, the founder of Food4Futures, has made tickets available at the following places:

Previous ArticleJohnnie Motsamai is a thief!
Next Article The magic of Village Green