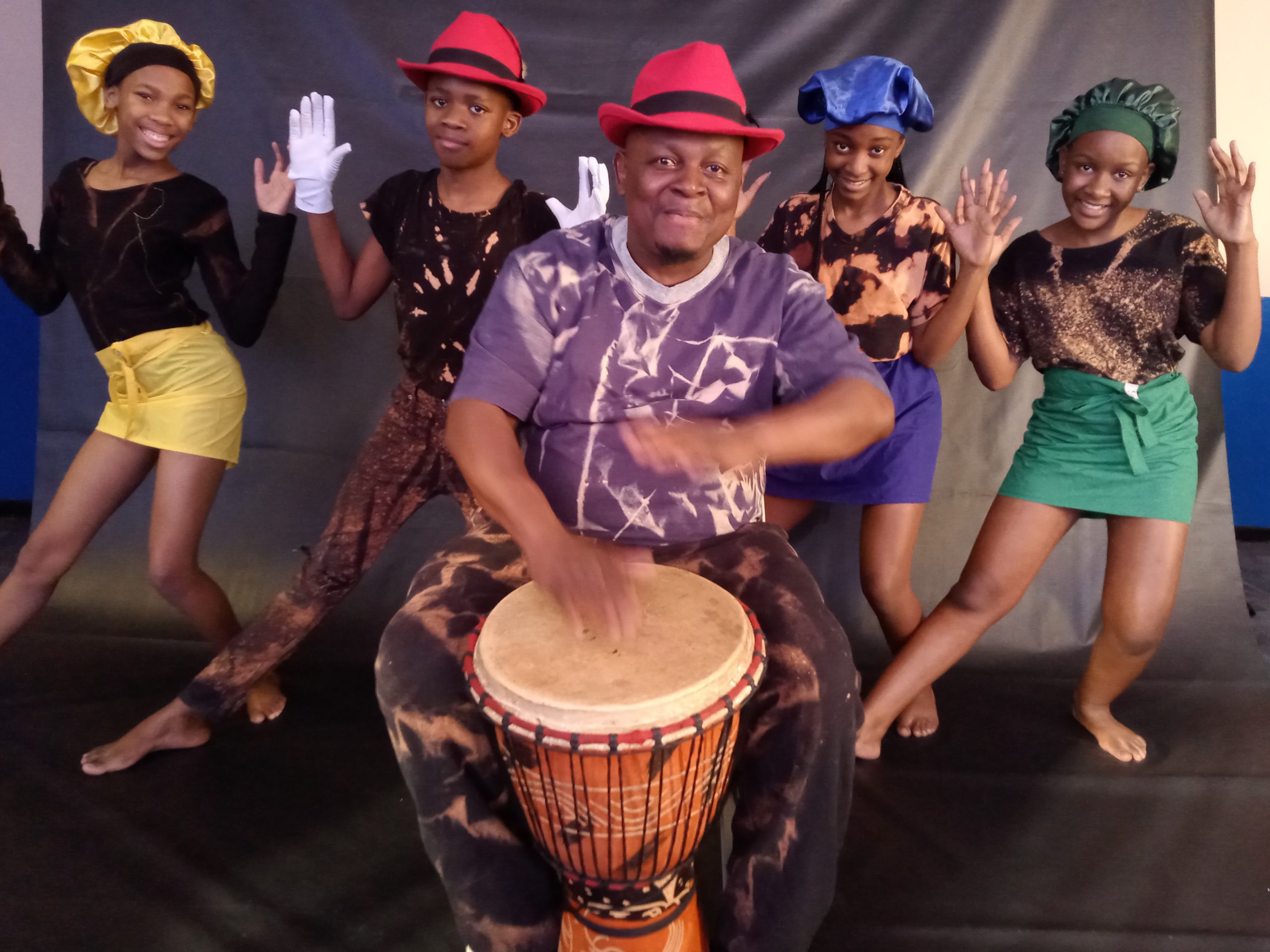 Legendary director, Brian Phakathi, rehearsing with a previous cast of which some appear in 'I am Sorry'. Pictured here is the drum which features heavily as an accompaniment to the cast’s singing. Source: Supplied

THEATRE: I am sorry
Review by JENNA KRETZMANN

After creeping down into the depths of the Monument and finding the Rehearsal Room, I was not too sure what the empty stands suggested. An empty show often means one of two things: the production is terrible or severely underestimated. I am sorry, written and directed by veteran theatre practitioner Brian Nhlanhla Phakathi, definitely falls into the latter.

Set in the Vimba Squatter Camp in the hustle-and-bustle of Johannesburg, the play explores themes of unemployment, corruption, crime, violence, substance abuse, and gender-based violence. Phakathi draws inspiration from the experiences of his cast, as well as those in and around their communities. Serious topics are explored delicately and maturely by the dynamic cast of high school students from Phoenix College.

Phakathi’s brainchild, Muka Projects, runs an ‘adopt a school’ project whereby 16 schools within Johannesburg are chosen, and students are selected to participate in theatre works to stimulate conversations surrounding local challenges. I am sorry brings attention to the United Nation’s Sustainable Development Goals centred on children’s rights and gender-based violence. The production is funded by a German-based performance company, Kinderkulturkarawane, and is set to tour Germany, Austria and Slovenia from August until November.

In a world where television shows such as Netflix’s Stranger Things have a production value of well over $1 million per episode, it is refreshing to enter a bare theatre space. The cast challenged me to use my imagination to picture the setting, piecing together suggestive props and costuming and exploring the boundless uses of a single rostrum. It reminded me of countless Grade 12 Drama lessons discussing Grotowski’s theories of Poor Theatre. Although the set and costuming of this performance style appear simplistic, the actors need to be highly coordinated and in tune with one another to ensure a smooth running. I was very impressed by how the students handled this daunting task, and although rough around the edges, I believe that by the third performance, it will be stellar.

The ensemble work was strengthened by the voices and choreographic work of the cast. The only music in the production is the acapella chorus sung by the actors, accompanied by beautifully choreographed indigenous South African dance forms.

Dealing with gender-based violence through theatre should be done with caution. I am sorry does warn the audience in the blurb, but the director is responsible for ensuring their actors deal with such subject matter in a way that is not harmful to themselves or their audience. Phakathi does this innovatively. Without giving too much away, the rather biblical use of an apple to signify sexual assault is interesting and encourages one to contemplate the psychology behind violence and control. Phakathi noted that his actors know how to tackle such tricky subject matter through the help of counselling provided by the Nobuhle Virgie Foundation (NVF).

I am always one to root for the underdog, especially when it has the potential for greatness. I believe that a range of theatre-goers would enjoy this experience and leave the theatre feeling a sense of faith and pride in the youth of South Africa.

Previous ArticleThe magic of Village Green
Next Article Don’t be late! Top tips for getting to your NAF show on time