A new stage for the National Arts Festival 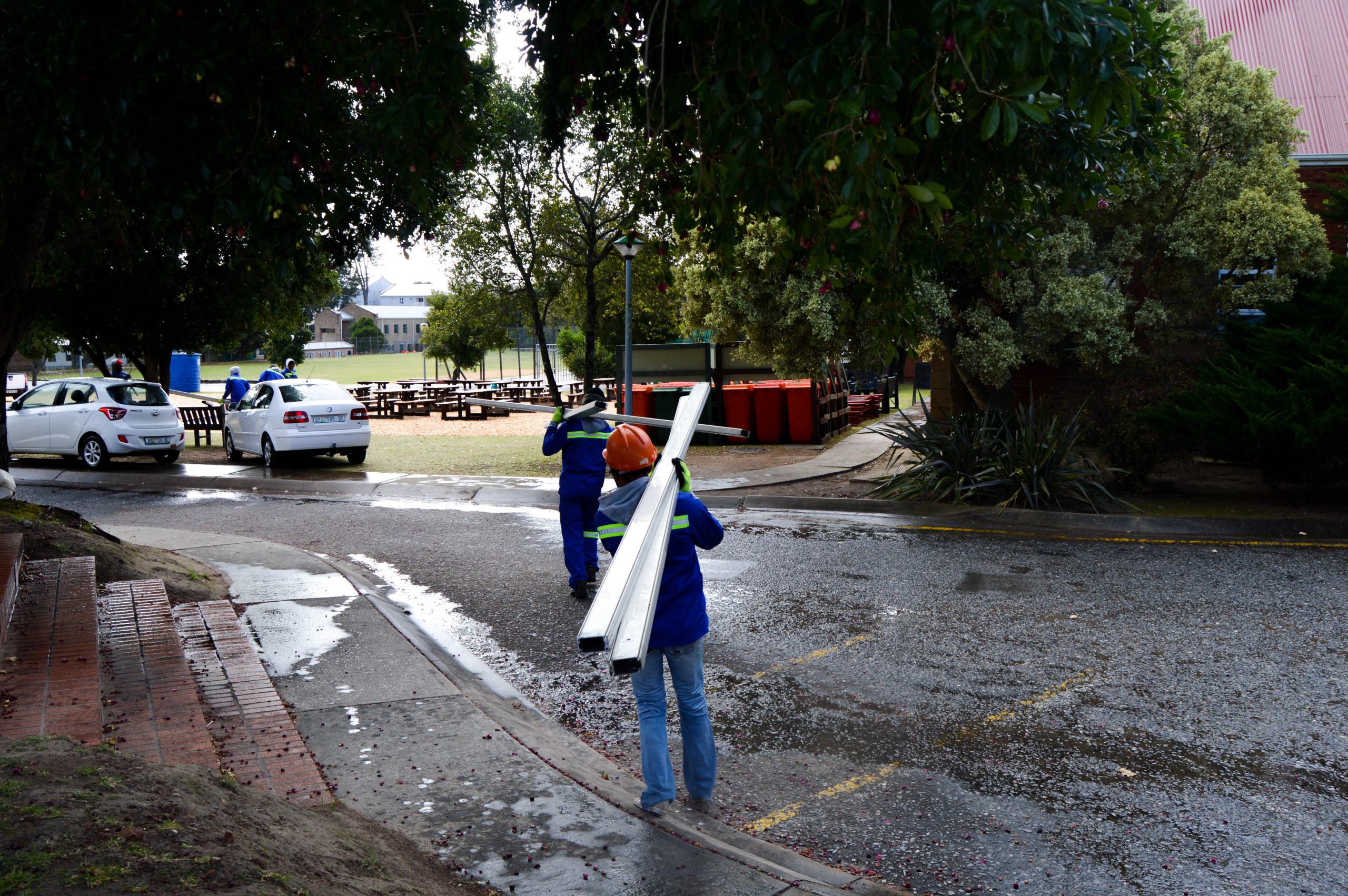 The organisers had to get inventive to hold the festival in Makhanda again this year but are passionate about ensuring that it thrives for artists and audiences, writes New Frame’s ATIYYAH KHAN.

In a time of crisis, what do you do? This was the question facing the organisers of the National Arts Festival. “You go back to your mission,” says chief executive Monica Newton. “And your mission is to host the annual festival.”

Despite many challenges, the biggest gathering for arts in South Africa, which has been running since 1974, is back in Makhanda for the first time in two years.

“We do it because it’s important, because the festival matters, because the arts matter. If we don’t play our role in the ecosystem of the arts sector, then we’re not fulfilling our mission and mandate. So, here we are. Tough as it is, it’s necessary,” says Newton.

A few weeks ahead of the festival, at the height of preparations, Newton said things were “absolutely crazy. It really is fundamentally on us – and that’s a huge deal.”

“It does feel odd to say that it’s the first festival I’m putting together, having been here for three years. I move between curiosity and excitement, which also comes with a bit of nerves,” says Seethal.

In at the deep end

Newton and Seethal, appointed in the latter half of 2019, faced the daunting task of running a festival during a global pandemic in their first year at the helm. Rather than back down, they ran the 2020 festival digitally for the first time in history, with all the work on show created remotely. A fourth wave of Covid-19 pushed the festival online again in 2021, but with work produced in Makhanda.

The pandemic was a blow to the festival in many ways, affecting arts creation, performance, production and the experience for audiences. It also had an enormous impact financially on travel, hospitality and technical services in Makhanda.

Much was achieved in the digital domain during those two years, says Newton. “How the art sector responded to the challenge with the innovation and the can-do attitude was humbling. Seeing people face incredible hardship and yet create, innovate, and push themselves and learn a completely new thing was extraordinary.”

But it has affected the festival. “This year, it is definitely a festival of its time,” she says. “We are a little rusty. We haven’t done this in a while. And the bigger impact of two years of not working in the artistic community has been very difficult. We’ve lost people, missed opportunities, the normal engine of content ground to a halt for a couple of years. So, imagining the festival almost returning to its roots has been a very interesting process.”

The organisers’ first decision was to opt for a smaller programme, because of costs and the uncertainty of another Covid lockdown. They reduced the number of venues and improved the integration between fringe and main programme venues. And they have incorporated the National Schools Festival into the main festival for the first time. It made sense to allow schoolchildren to be part of the festival, Newton says: “These are going to be the artists and ticket buyers of the future.”

This model works beautifully for the jazz festival, where the integration of various schools is central to its programming. The jazz festival heard recently that main sponsor Standard Bank had discontinued its funding after 24 years, although the bank has confirmed its support of the broader festival and its awards.

The printed programme moves online for cost and environmental responsibility reasons this year. The festival has partnered with Rhodes University’s School of Journalism and Media Studies, as part of the latter’s 50th anniversary, to resurrect the festival newspaper Cue, which will run as a multimedia daily.

A historic move amid the challenges of the past two years was the festival taking legal action against its biggest sponsor, The National Arts Council (NAC), in 2021 when it failed to honour a contracted payment of R8 million. “It was a really tough decision,” says Newton. “The festival in its entire history had never, ever litigated against a donor.” But when artists were left hanging in the middle of creating works, the festival fought for the financial commitments the NAC had made – and won.

The fringe programme has also scaled down this year. The organisers see this year’s more intimate festival as a “hard prune”, which they say “is not a bad thing, because this programme feels much more manageable and easier to navigate”.

They are unsure of the audience this year and hoping for good ticket sales, but are aware that these are hopes and not guarantees. “The uncertainties this year are almost more profound than they were in the last couple of years,” says Newton. “Digital work does a lot, but at this point, it doesn’t replace revenue from ticket sales.”

A new initiative the festival is working on is artist residencies that connect to the main programme. “There is this question of what this festival is and how do you have a national and international festival in this very precise little town in South Africa,” says Seethal. She sees the residencies as a way for artists to engage with their projects on a deeper level.

There was no central theme guiding applications, but Seethal was drawn to works that engaged strongly with feminism and gender-based violence. There are international productions from India, Japan, the Philippines and Sri Lanka.

The online element runs alongside the live festival. Having found an interested and engaged audience online, the organisers want to nourish this relationship with local and international viewers. A few live performances will be streamed, but work will also be made for the digital domain.

Seethal says artists are working more consistently with screens on stage after the past two years. “The screen and the camera are really part of our performative language now. Love it or hate it, it’s part of the language, and it’s something that artists are working with, and audiences are engaging with.”

This year’s festival offers the arts community a long-overdue gathering, and the organisers are taking brave steps to rebuild the National Arts Festival. “There are concerns about whether or not this is going to be financially successful. But we’re non-profit; we don’t do this for the money,” says Newton. It still has the support of local, provincial and national governments, and all the festival’s partners are on board.

“Two and a half years later, here we still are, living with the complexities of economies, societies, livelihoods and infrastructure. But surely, we’re innovative, flexible, and resilient enough to find a way through. That’s what we hope Festival 2022 will be about. We say, welcome back. We’re different, we’re relearning, we’re growing, we’re building… Come and support the arts. We so desperately need our audiences to come back.”