A fresh, unfiltered hour of comedy from one of the scene’s most exciting young(ish) comedic voices 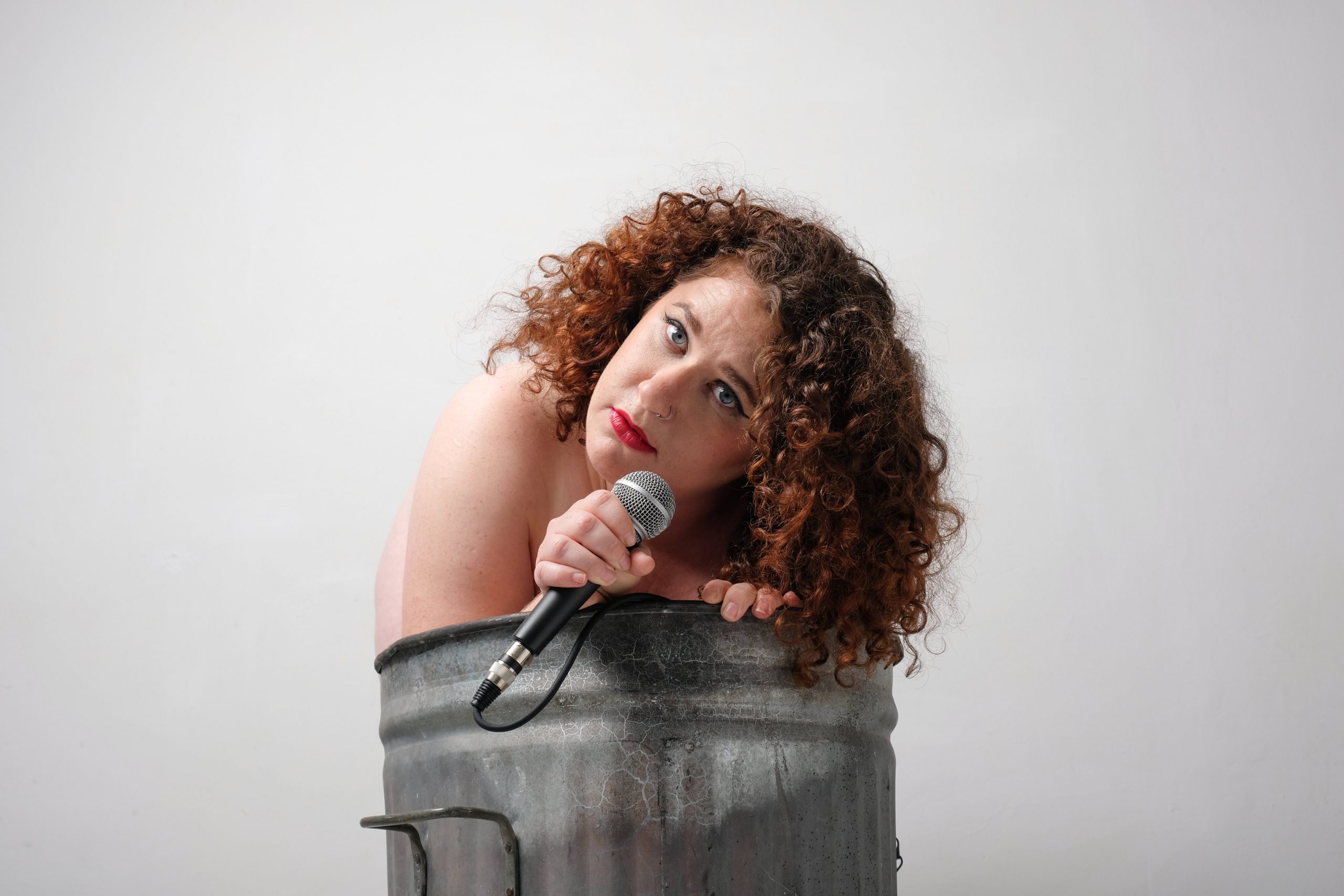 Kate Pinchuck is an award-winning stand-up comedian, actor, and writer, who graduated from Rhodes University with an Honours in Drama in 2015.

Her winnings include her film and TV work such as her role as Taryn Wiener in the Showmax hit Tali’s Baby Diary, various sketches in Comedy Mixtape (SABC 2), and quirky roommate Anika in Amy Jephta’s rom-com, Late Bloomer (M-Net & Showmax).

She most recently wrote and performed as a correspondent on The Late Night Show with Mojak Lehoko for the Johannesburg International Comedy Festival and SABC2 and is currently the co-host of Social Gaming and Coconuts for Emerge Gaming on GINX, DStv.

Kate returned from the 2018 National Arts Festival as a double Standard Bank Ovation award-winner, receiving acclaim for her debut theatrical one-woman show, Medusa Incarnate, which she created, wrote and performed, as well as her performance as the AI system SUSANN in dystopian future sci-fi, Gaslight. In 2019, Kate received another Ovation award for her two-hander stand-up comedy show, Frizz Pop, with comedian Lindy Johnson.

In 2019, a Frizz Pop line-up show was taped by Black Sheep Films and is currently streaming on Showmax. Kate has been consistently rising up in the comedy scene and has taped two line-up comedy specials for Mannequin Films, Laugh At First Sight, (DStv on Demand/Showmax) and Funny People Africa (Showmax). Her stand-up can most recently be seen in sketch comedy and stand-up series Comedy Mixtape (SABC 2).

In an interview she conducted with herself, the three-time Standard Bank Ovation Award winner said that she believes that the best comedy comes from her own experiences.  “I’m not interested in anything other than honesty, even when – especially when – it doesn’t paint me in the most flattering light.”

In Trash Mouth, Kate overshares her life, her inner-most thoughts, and her experiences with love and sex in a show that “talks about sex in the way I wish I had heard women talking about their experiences when I was younger. Maybe that way I wouldn’t be on stage talking about sex so much because it would’ve been more normalised and my parents would be happier. Just kidding, they love it, they raised me this way.”

Despite her background and career aspirations in real acting, Kate was drawn to comedy as soon as she graduated from drama school, and is in her sixth year of pursuing stand-up. In response to this cold hard fact about the amount of time she’s been in the industry, she said to herself “I don’t feel like it’s fair to count the last two, but I suppose I have, against my best wishes, grown as a person, so I guess they kind of count?”.

Will we see any of this personal growth in the show? Maybe. The show is “kind of a check-in with where I’m at in my life right now, being on the cusp of 30, having some of my life more together and some of it really not, and trying to relate to and witness the experiences of anyone who hasn’t had things turn out like they thought they would.”

Why Trash Mouth? “I guess it’s a relatively filthy show, and if you’re into that, you’ll love it, but please don’t bring your children. It’s also a kind of tongue-in-cheek reference to the way women in comedy who go near certain topics are often labelled as so much dirtier than the men, even when we talk about the same things.

Trash Mouth will be performed at St. Andrews Hall on 26 June at 18:00. Tickets for the show are R80 and can be purchased on the National Arts Festival website at https://nationalartsfestival.co.za/show/trash-mouth/.

Trash Mouth is age restricted to strictly no under 18s, there is no telling what this woman might say.

Previous ArticleA new stage for the National Arts Festival
Next Article Johnnie Motsamai is a thief!