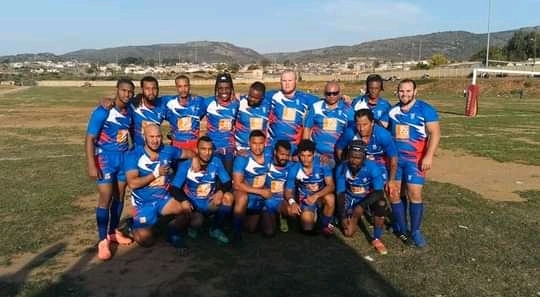 Kowie United moved to second on the EPRU Sedru Regional League log with an all-important 38-30 bonus-point win over home side Rosebuds United in Alicedale on Saturday. Kowie were also 14-8 in front at the break.

Both teams knew the importance of winning with a bonus point in the second round to chase down the log leaders. Kowie knew it was never an easy task travelling to Alicedale to beat Rosebuds in front of their passionate and intimidating rugby-loving supporters. They, however, achieved the impossible and bagged five points out of the contest.

Ten tries were scored at the end of the day as both teams played in a good spirit with some brilliant and entertaining running rugby.

Rosebuds enjoyed a decent start and put the visitors under constant pressure in the early stages of the first half. The first half was a titanic tussle as both teams struggled to get momentum. Kowie scored two tries, including a penalty in the first half, while Buds scored a try and penalty, as Kowie led 14-8 at halftime.

The home side scored first in the second half to narrow matters to 13-14. Kowie hit back with two converted tries to extend the lead to 28-13. Buds immediately replied with a try after a good interplay between forwards and backs.

Kowie led 28-18. Both teams started to launch wave after wave of attack at each other as the physical confrontation continued. The crowd were on their feet to sheer the boys on, and the players didn’t disappoint.

The visitors were very effective at the breakdowns, ensuring numerous turnovers that resulted in points. Kowie slotted a penalty scored again in the 29th minute, while Buds replied two minutes later with a converted try. Game on, as Kowie led 38-25. Buds never gave up and were rewarded with a consolation try in the 42nd minute in injury time, but it was too late. Kowie, in the end, took their chances and walked off deserved 38-30 winners.

Winning head coach Stuart Abrahams applauded his boys for their character and the bonus-point win. “We know it was a do-or-die game to get five points and a win against Rosebuds. It was never easy for us, but we went full out. The first half was a tussle, but we gelled well together in the second half and put on points.

“It was a tight game as we know we went down to fight a battle. Well done to Rosebuds, as they played well also. Our boys showed character and composure and pulled through. They made us proud as I told them to always put their feet firmly on the ground,” Abrahams said.

Fazel Daniels, the captain of Kowie, deservedly received the Grocott’s Mail Man of the Match award. He led from the front and was brilliant at the breakdowns in ensuring turnovers and quality ball for his side. Daniels was excellent on attack and defence and was involved in numerous tries.