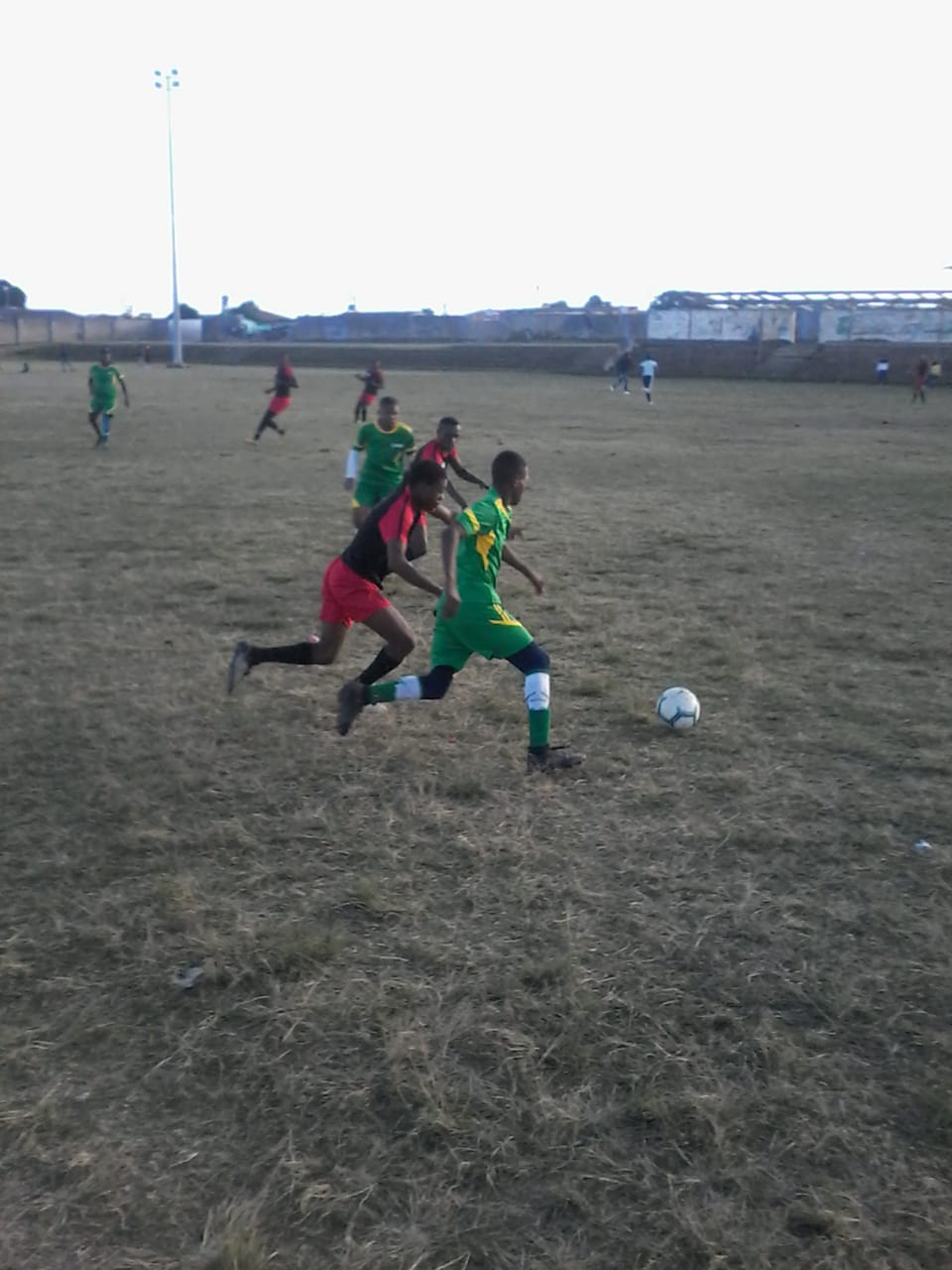 Jacaranda Academy in green against Black Stars in black in their First Division game. Photo: supplied

The Makana LFA First Division got underway last weekend, although some of the games did not occur as some teams did not pitch up on Saturday.

On Sunday, only two games took place. The game of the weekend was between the in-form Black Stars against Jacaranda Academy, a development team of SAB regional league outfit Jacaranda Aces.

Both teams started the game like a house on fire and did not hold back. Black Stars had the better of the early exchanges but failed to make the numerous scoring chances they created count.

Aces scoring chances were very few apart in the first half. Both teams went to the break goalless.

Aces started the second with purpose as they took the game to Black stars with the lanky Aqhama Songongo dictating matters in midfield while delivering accurate passes to his forwards. Aces created more chances but still failed to make them count, bringing Stars back in the game.

Black Stars started a great move from the back with pinpoint passing which was finished off by a well-taken long-range grasscutter by Kamvelihle Vuso that left the keeper with no chance. Stars went home with maximum points.

Teams playing in this league need to take it seriously. If not, the LFA leadership need to stamp their authority. This league prepares teams for life in the Premier League, and we cannot see players without shin guards and some playing with takkies and shoes.

To attract sponsorships for this league, teams need to step up. They cannot expect people and businesses to invest their time and money into something that is not taken seriously by its own people.