Narrow win for OC against Tigers 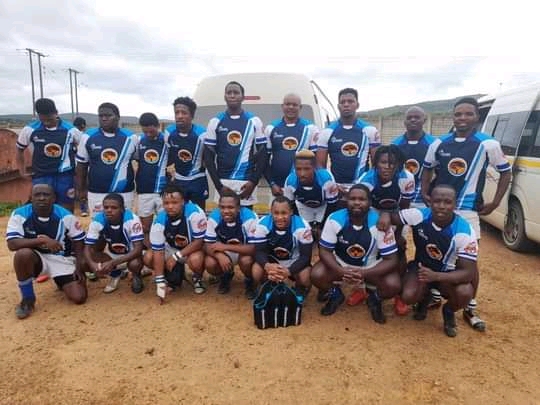 Last weekend, Old Collegians (OC) travelled to Port Alfred to take on host Ndlambe Tigers and came home with a narrow 14-10 win. The fixture was part of the EPRU Sedru Regional League.

With the win, the Makhanda side moved up to the second position on the overall log and fought very hard for their win. The game was played in a good spirit, and the physicality was the order of the day.

The home side’s big and powerful forwards didn’t make it easy for OC and came hard at them the whole day. Tigers’ forwards were very physical and put pressure on the visitors.

OC made too many unforced errors, were overeager with the ball in hand and lost many scoring opportunities close to the try line. Vuyelwethu Faku was the try scorer for Tigers in the first half, while Ruwhal Jansen slotted a conversion and penalty to give Tigers a firm 10-0 lead at halftime.

Entering the second half 0-10 down, OC needed to regroup and play to their strengths. They came back strongly and reduced the deficit when the strongly-built and hard runner Siyamthanda Wambi scored a fine try to narrow matters.

Tigers continued to compete by using their bigger forwards but couldn’t convert the momentum into points. OC played well in patches but were still making silly mistakes and were over-excited close to the try line.

Speedster Vuyelwethu Bam scored another for OC, while Siyabonga Mahapi slotted the conversion as the score read 14-10 in favour of OC.

Tigers came hard at OC in the final minutes of the game, but a solid defensive effort prevented them from adding the winner. OC held on for dear life to claim a narrow 14-10 win.

Khanyisa Solomon, the front ranker, earned the Grocott’s Mail Man of the Match after his solid performance. He was steady at scrum time, effective on defence and took the ball over the advantage line on numerous occasions.

OC manager Lungisa Buns Memani believed his team didn’t play to their full potential, although ending the game as winners. “We made too many mistakes when we were supposed to score Points. We were selfish on attack. It wasn’t a difficult game, but we made it difficult for ourselves.

“We came back strong after trailing 0-10 and pulled ourselves together in the second half. We can’t be over-excited in a game – we must slow it down and come back. Our focus is now Kowie this weekend, and we can’t take them lightly. But we are confident we will go down and upset them in their backyard,” he said.