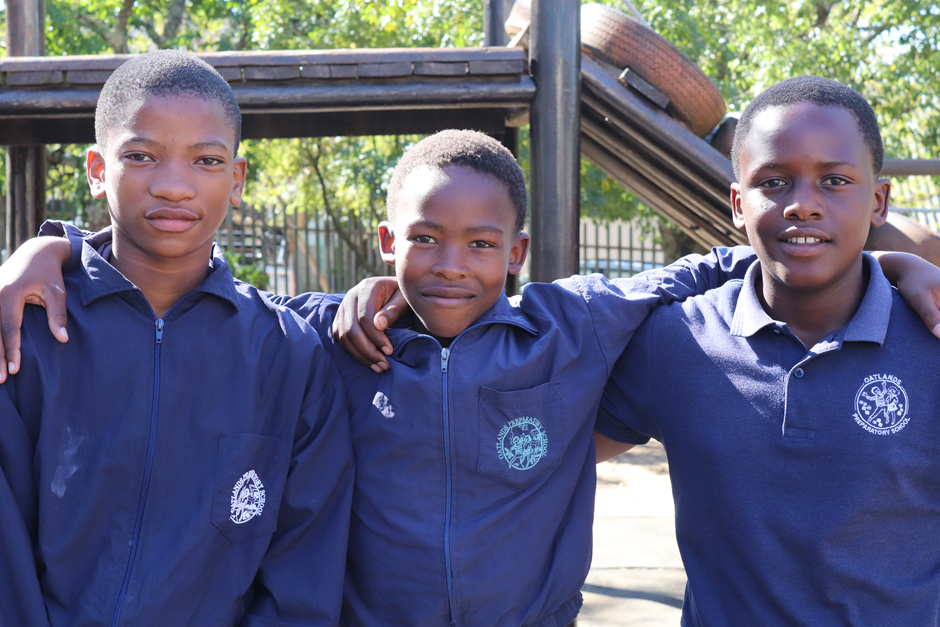 Avuyile ‘Beast’ Mqina, Hlumile Mpolweni, and Uyanda Mnyapa made history in Oatlands Preparatory School as the first-ever Oatlands pupils selected for the Eastern Province rugby trials and made it to the Albany Primary Schools, comprised of the best U13 rugby players across the district.

Oatlands Preparatory Rugby has turned in stellar performances this season under the guidance of Renaldo Gombert and Shawn Kitchen. The under 13A side has remained undefeated and is still a force to be reckoned with in the district and province. A school with few resources and facilities has produced a monster of a team with speed, strength, character, and never-say-die has taken the province by storm.

Avuyile’s mom and sister hitchhiked from Grahamstown to Kariega (formerly Despatch) to watch their son and brother make history for the family.

Uyanda Mnyapa said his selection had strengthened his resolve to be a rugby player and would improve his craft.

Oatlands principal Alison Dugmore said she was incredibly proud of the boys. “I never imagined that I would see not one but three learners to be selected for the Eastern Province trials in my 20 years in this school,” she said.

After the U13A rugby team plays, she takes the kit home for a wash!

Under 13A coach Renaldo Gombert said he was ecstatic when he heard the news. “I was so excited to see the boys that we coach with coach Kitchen being selected for the EP trails and also being in the Albany Primary Schools team. It motivates me to want to do more for rugby in this school,” Gombert said.

He said he had more work to do to improve the finer technical aspects of the boys’ play but is very proud of this year’s first-team lineup and excited about next year’s team.

The boys will fulfil their duties as Albany Primary Schools rugby players over the June holidays – and coach Gombert will be there to support them every step of the way.