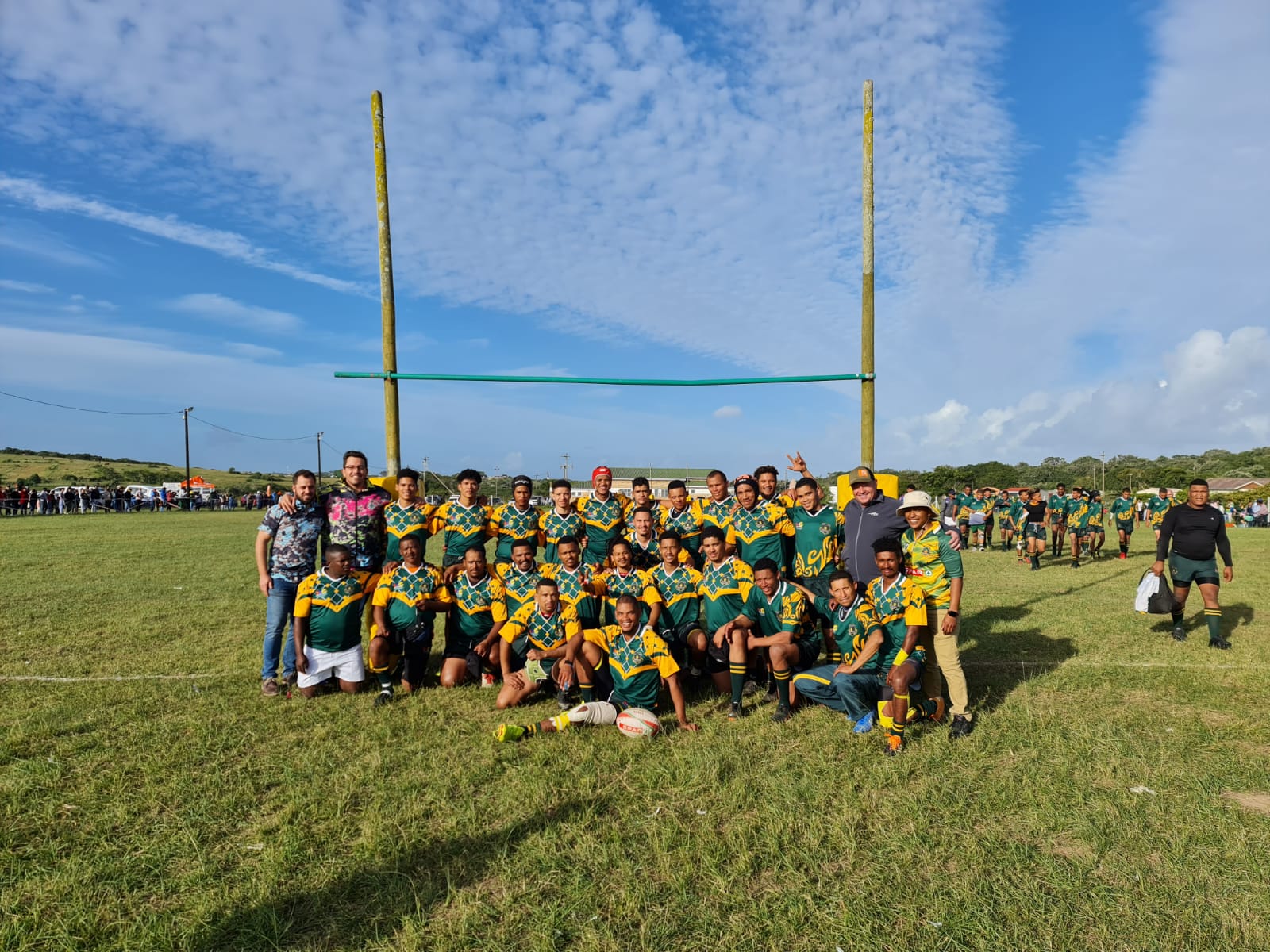 St Mark’s dominance in the first half saw them take a narrow 5-0 lead at halftime.

For the first time since the start of the competition, St Mark’s lost their spot at the top of the log to Klipfontein, who are now the new log leaders. St Mark’s now move to third position with OC second.

St Mark’s travelled to Klipfontein – a hard nut to crack in their backyard. They are also still unbeaten and played some impressive rugby with their young side. St Mark’s came into the fixture in desperate search of a win after being unlucky to narrowly lose to OC a fortnight ago.

The visitors’ powerful forwards dominated up front both in the scrums and lineouts and gave their side momentum. St Mark’s finally made it to the line of Klipfontein a minute before halftime, with a try by Cole Kirkwood securing a 5-0 lead at the break.

The second half saw the home side playing to their speedy backs. Within two minutes, Denver Hitzeroth (hooker) scored from a lineout move converted by David Kleinhans (outside centre), allowing Klipfontein to take a 7-5 lead.

Momentum switched hands, and Klipfontein’s confidence allowed Braden Jacobs (7) to score a try under poles after a few phases. The Speedster of United Dylon Graaff scored another runaway try with ten minutes to spare. United’s discipline pulled them through, forcing the St Mark’s defence to open a space for Cornelius Scheepers (prop) to break the line and offload to substitute Franklin Meyers for the game’s final try. This afforded United a bonus point in their six-game unbeaten streak. Final Score: 26-5.

The Grocott’s Mail Sports Man of the Match award went to Fabian Van Rensburg centre of Klipfontein who was outstanding on the park, putting in a solid performance on the day. He broke the line on a few occasions, offloaded brilliantly, put in some big hits and gained the advantage line.

St Mark’s coach Edward Botha was not entirely happy with his team’s performance on the day but believed his boys could turn the tables. “We lock horns against a formidable Klipfontein side, but St Mark’s were the better side on the day. Our boys came out guns blazing as we led 5-0 in the first half, but unfortunately luck wasn’t on our side.

“Our forward pack drove them upfront, and our defensive lines were good, but we couldn’t capitalize. Our lineouts and scrums were outstanding but we have to focus on our next game at home to build momentum as we believe we can turn the tables around this coming weekend. Once again, congrats to Klipfontein on the win.”