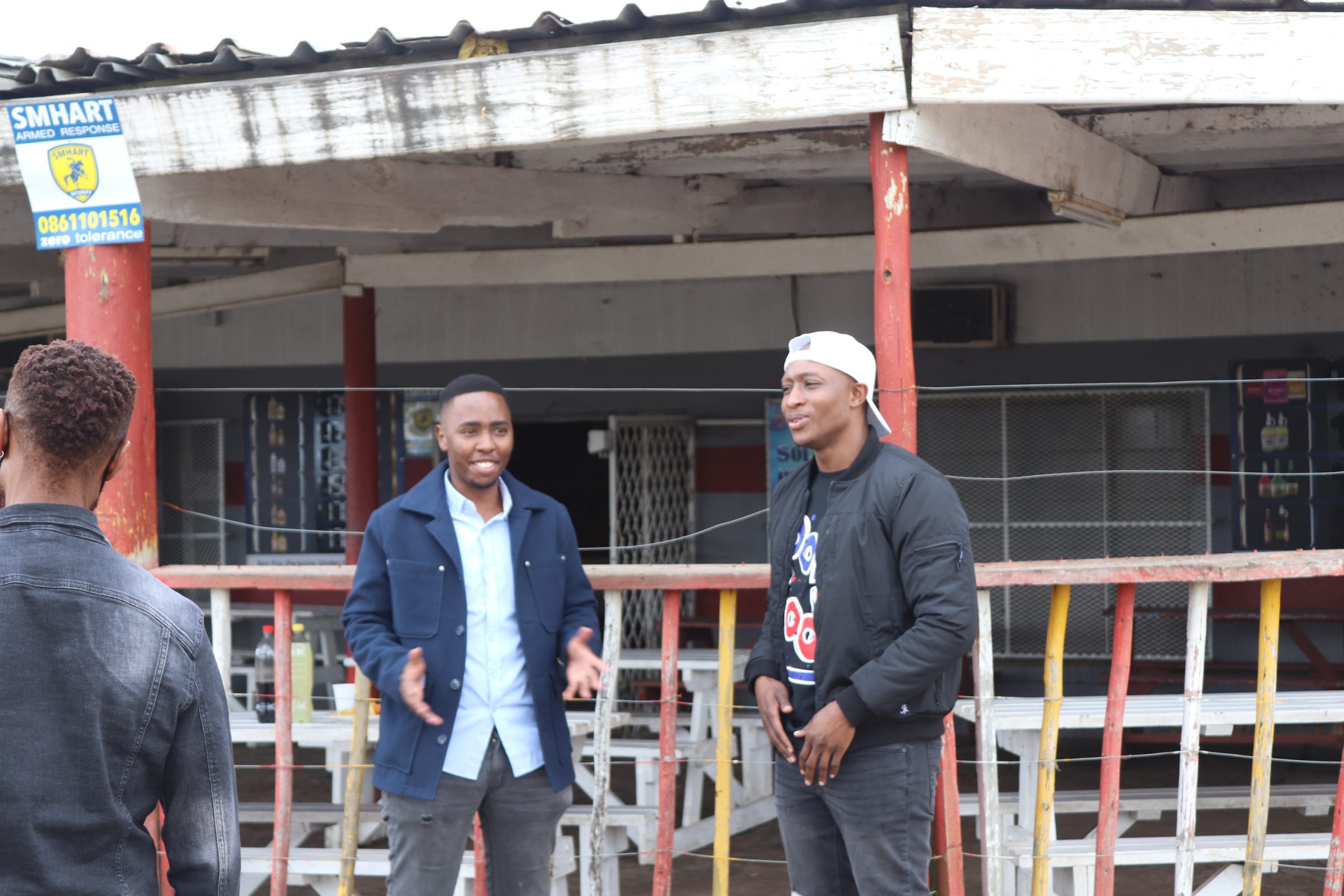 Thanks to Makhanda-born Sakhile Dyibishe, Joza’s Jazz Corner will be featured on the popular SABC1 show Selimathunzi, which “showcases and celebrates those that have made their move and mark”.

Dyibishe is a goal-driven young man who wants the best for Makhanda. “Inviting the Selimathunzi crew to cover Jazz Corner in Makhanda was not easy; however, I managed to make it happen through networking,” he said.

Dyibishe said he regarded Jazz Corner as the soul of the town. The venue brings diverse people together through its deep house music and friendly environment.

“Through inviting Selimathunzi, I showcased some of Makhanda’s vibrant lifestyles and hidden gems that unite people, especially in the post-Covid era,” he said.

Dyibishe was born in Fingo Village, matriculated at Graeme College, studied marketing and relocated to Joburg. But, he has resettled in the Eastern Cape and now works at AKM Foods in Gqeberha. He is a part-time events organiser and was responsible for bringing Selimathunzi to his home town.

His late father is someone that he will always look up to. “My late father always has and continues to be an inspiration to me. He gave a lot to the Makhanda community and was a pillar for business owners in Makhanda,” he said.

Dyibishe was delighted to see finally see Selimathunzi shooting in Makhanda. A highlight was the appearance of a biker at Jazz Corner, who was featured in the segment. “The biker was the cherry on top, showcasing the diversity in Makhanda. As a resident here, we are not often exposed to seasoned bikers,” he said.

Dyibishe said he looked forward to furthering collaborations with the SABC, including coverage of the National Arts Festival.

Selimathunzi creative director Joshua Mudau said the segment would be broadcasted in a few months at its 6 pm Thursday slot on SABC 1. He urged Makhandans to stay tuned.

Siphesihle Vazi, one of the show’s presenters, said they go anywhere in South Africa as long as they get an invitation. Locals were delighted to see the well-known actor and presenter in their town. He is currently working with Ferguson Film’s The Queen, portraying the character of Mlungisi.

Vazi playfully goaded people to watch him on The Queen – 9 pm on weekdays on channel 161 Mzansi Magic!

Previous ArticleWriting the pain of coming out in an intolerant society
Next Article National Arts Festival bookings are open!