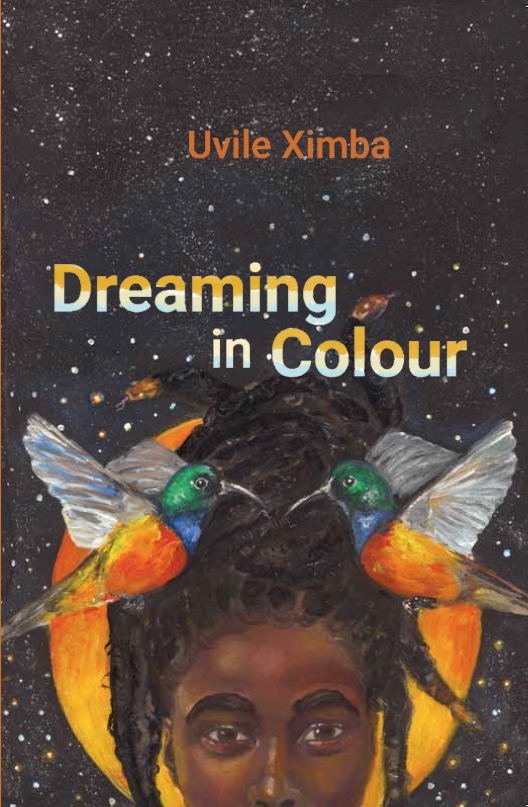 In Dreaming in Colour, uLanga recounts her experience growing up as a lesbian in an intolerant society. She shares memories of life moments, sometimes predicted through dreams, that were impacted by her sexuality.

One such moment is her matric dance – a moment considered “a big deal” and an experience not to miss. “Everyone insisted I see that, scolded me when I expressed uncertainty about attending, predicted I would live to regret being absent from one of our biggest rites of passage,” says Langa, who gave in to the threats and decided not to miss the event.

However, her desire to go to the dance with her girlfriend and classmate, Khwezi, exposes her to the persistant intolerance towards homosexuality within her community.

Other moments include being in love, introducing her partner to her immediate and extended families respectively, society’s reaction to her romantic relationship and the process of coming out. These are experiences that are different for homosexual and heterosexual people. Langa shares memories of how the experiences were for her.

She narrates the experiences alongside those of her girlfriend, uKhwezi, who navigated her sexuality in a different way. While one girl sought to be open about her sexuality, the other girl felt the need to hide her sexuality from her family. Both girls had to navigate a world that largely saw their sexuality as an abomination and sought to punish them for it.

Dreaming in Colour offers a view of the lives of girls who have to navigate the violence of sexism and homophobia and systematic violence in education. It is a captivating non-linear narrative written mainly in English, but incorporates familiar South African code-switching between English and vernacular languages.

Much of the story occurs in Joburg, South Africa’s dynamic economic hub, and in Makhanda during the #RUReferenceList campaign. However, the progressive social changes of the 21st Century fail to shield the girls from the violence of conservatism. This has dire mental health consequences and threatens alcoholism for uLanga.

It is sad to see homosexual children met with so much violence for not hiding their sexuality. Various moments in the story may even reduce one to tears.

The story can be seen as a commentary on homophobia and gender-based violence in the South African society. We have a constitution regarded as one of the most progressive globally, but are we progressive within our communities?

Are women, children and members of the LGBTI+ community safe in our communities? Why are schools intolerant of people whose rights are protected by the constitution? What is the role of schools and institutions of higher education in providing safety for marginalised groups and education against intolerance? Lastly, what is the role of men in our society when we cannot even rely on them as fathers, uncles and friends?

About the author (from the publisher):

Uvile Memory Samkelisiwe Ximba is a theatre-maker, writer, and creative practitioner. She completed her Bachelor of Arts Honours in Politics and International Relations and Dramatic Arts at Rhodes University. She is an ASSITEJ South Africa ‘In The Works’ 2020 playwright and works as an intern at Sonke Gender Justice. Her research interest lies in issues affecting black LGBTQIA+ women in South Africa. Her Honours thesis was on creative approaches to dialogue for LGBTQIA+ Intimate Partner Violence. Uvile is the co-founder of multimedia production company Thamba Creatives premised on telling women’s stories in South Africa. When it comes to her creativity, she prioritises interdisciplinary praxis and her stance is, “Why wait?”

Fire is life … and it flirts with darkness