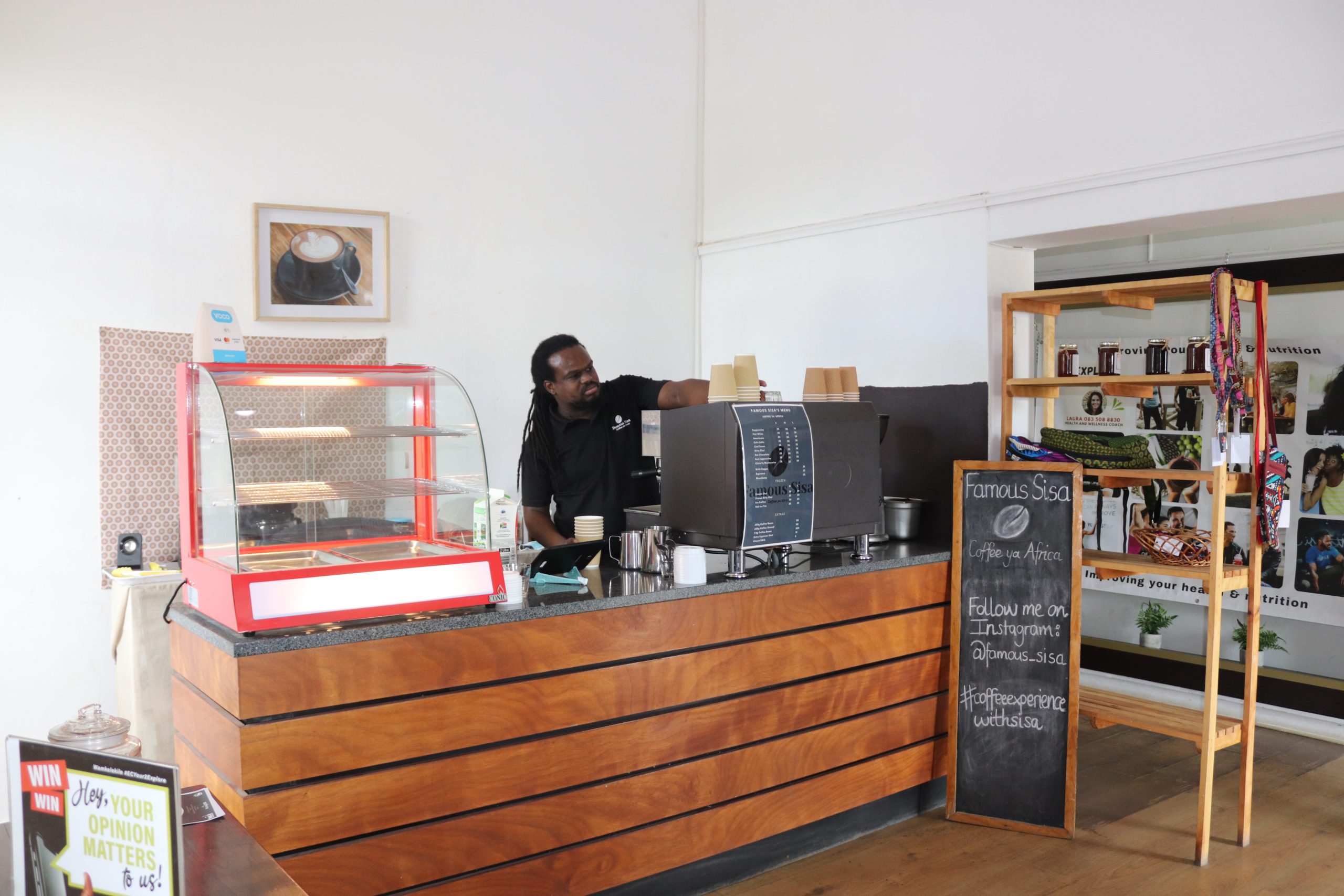 Barista Sisa brews a cup of his unique blend at his coffee shop on African Street. Photo: Toto Tsarneba

Famous Sisa’s on African Street offers some of the town’s most sought-after warm beverages to a diverse clientele.

Owner Sisa Mapetu ‘s journeyed into the coffee industry in Gqeberha – where he was born and bred – in 2010. After taking a barista course in Robertson, he started a coffee shop. He travelled, won awards in barista championships, and his brand grew fast – thus ‘Famous Sisa’.

His slogan Coffee ya Africa alludes to the origins of coffee, which can be traced back centuries to the ancient coffee forests on the Ethiopian plateau.

After relocating to Makhanda in 2013, he got involved in various local businesses before venturing into a company of his own in 2020.

Although Famous Sisa has been operating successfully since then, it was hit hard by Covid-19. “The biggest challenge I faced was with the regulations – people were of the mentality that they couldn’t go out for just a cup of coffee.”

Mapetu said peak hours in the coffee shop were mornings when everyone wants their “fix” before starting the day and late in the afternoon when they need a “pick me up” after work. Occasionally, customers go in to get work done during the day or chat with friends.

What sets him apart from other baristas is his unique blend, found only at Famous Sisa’s. “People love the aroma of the coffee; they also enjoy seeing hearts in their cappuccinos. You get love in a cup from Famous Sisa”.

Mapetu has a system of loyalty cards in place for his customers. An exciting moment for his regulars comes after they have bought nine cups of coffee – the tenth is on the house!

‘Making it with the Majolas’ – a free financial course