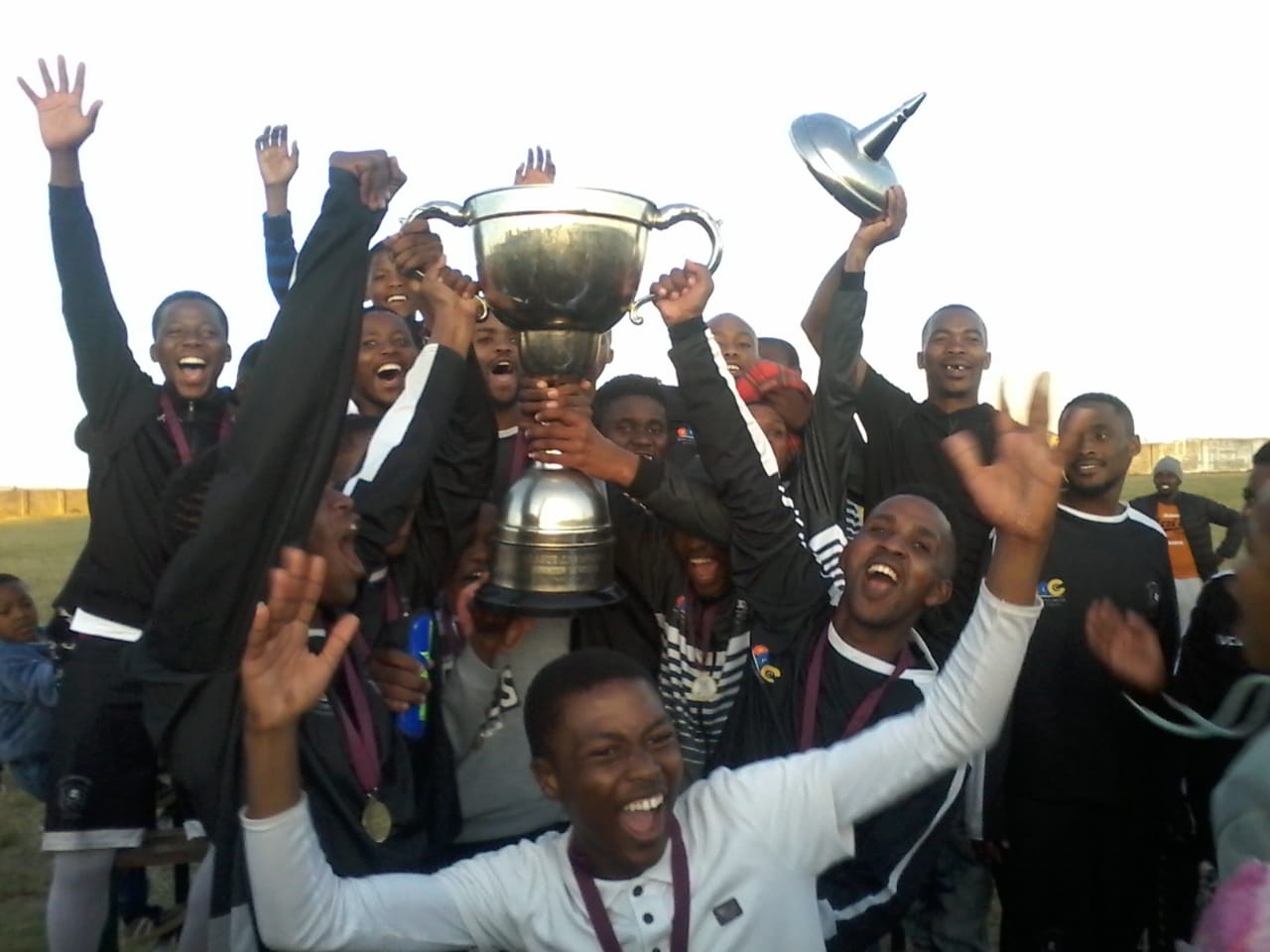 The game started a few minutes later than the scheduled kick-off time. Thembalethu Vaaltyn opened the scoring for Attackers with a well-taken header, and Livile Kleyi equalised later in the game from the penalty spot.

The referee eventually stopped the game while both teams were locked at 3-3 on penalties due to the encroaching darkness. The game had to be replayed on Sunday.

The kickoff started a bit earlier on Sunday to avoid the same fate.

Attackers took the game to Pirates and pushed them into their half but failed to punish them. Pirates caught Attackers’ defence and the linesmen napping when Sinethemba Magi, who was miles offside, beat an onrushing keeper with a first touch strike to open the scoring for Pirates.

Attackers tried to fight back but were caught for pace and were nearly punished when a cross from the right wing found an unmarked Pirates player who ballooned the ball over the crossbar. Pirates were made to pay for their miss when they allowed Bongani Hashe to pounce on a loose ball to equalise for the Attackers.

Teams went to the break level at one all.

Attackers took the game to Pirates in the second half and forced them to defend deep into their half. Pirates seemed nervous as they kept on giving away possession too easily. They also embarked on game-delaying tactics, which the man in the middle overlooked.

Attackers missed a glorious last-minute opportunity when Bongani Hashe headed over the crossbar with the keeper beaten. The game ended at one goal apiece and had to be decided on penalties.

Speaking on behalf of Pirates, Luntu Jela admitted that they were under pressure. “We knew that Attackers were always going to be tough, and in all these three encounters, they have been on top of us. Even today, they were all over us, but we planned well against them, and our boys did well. I’m so proud of them.

“We are going back to the SAB regional league with a very young squad just to give them a chance to learn.”

Attackers head coach Tanduxolo Faxi congratulated Pirates but was very disappointed with some of the decisions made by the match officials.

Speaking on behalf of Makana LFA, Asanda Koliti congratulated both teams for playing good football and wished Pirates all the best in their new adventure. “This has been one of the toughest seasons, and the people who always pack this stadium have been treated to great football. There have been hiccups here and there, but we will try our best to improve.

“The refereeing department has done so well under the circumstances, and for the first time, that department was operating well. We want to thank everyone who contributed towards making this season a success.”

This was a hard-fought decider, proven by the drawn outcomes of the three encounters. Pirates will have to up their game if they wish to impact the SAB regional league. They need to make some re-enforcements to their squad, and they also don’t have enough time to prepare for life in the elite league.