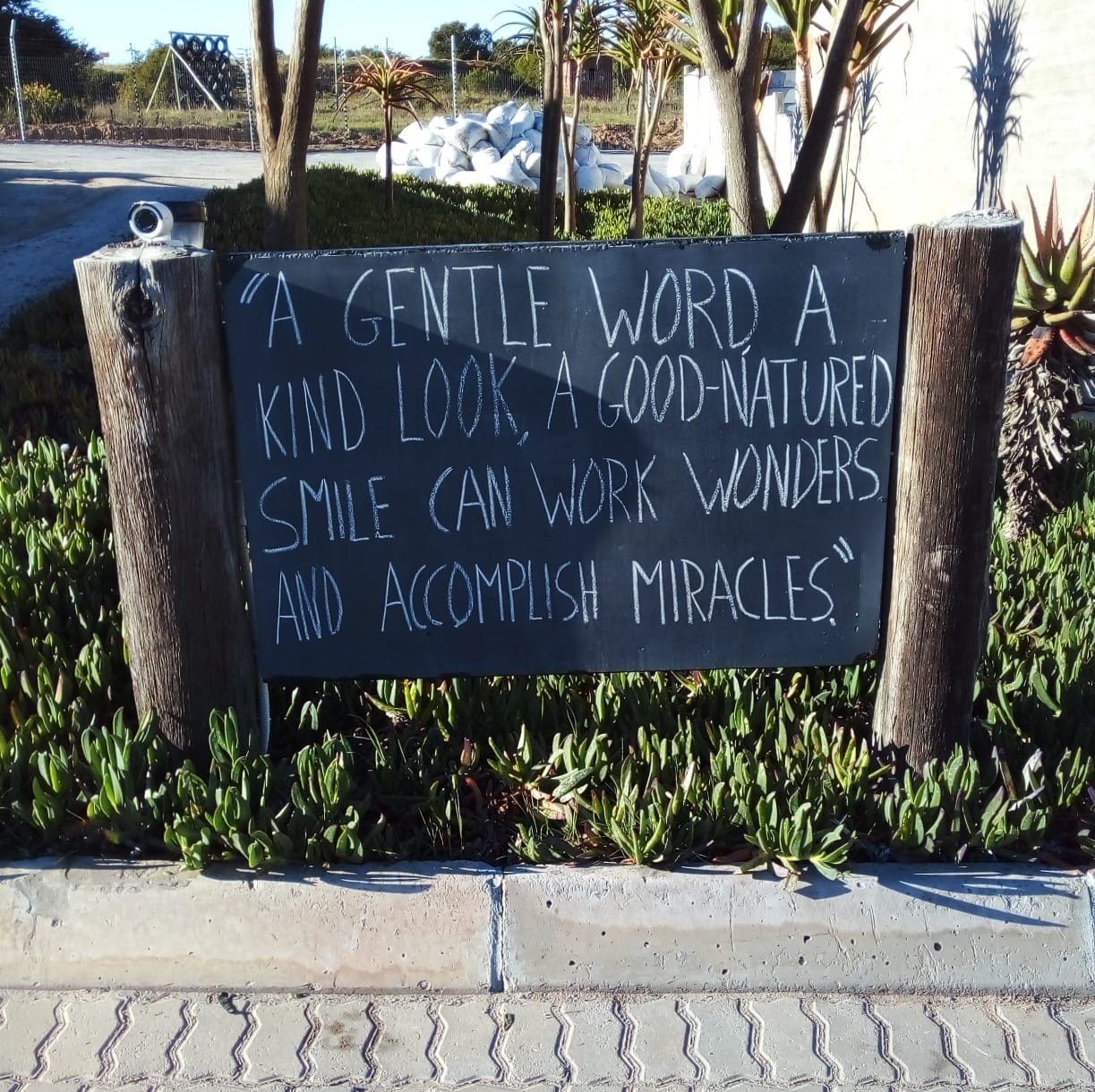 One of Andrew Davies's daily 'posts' outside Bermuda Lawns and Landscaping on Rautenbach Road. Grocott's has been publishing his words for months. Photo: Andrew Davies

The human behind the ‘Lifescaping’ quotes posted daily on Grocott’s Mail’s Facebook page, Andrew Davies, said he has always been a positive individual who speaks fairly to everyone regardless of class, be they a car guard or a state president.

Davies said it is in his interest to put on a smile and have a positive impact on whoever he comes across. One never knows what a person is going through, and positivity might be precisely what a person needs when you meet with them.

He came up with the idea of putting up sayings on the blackboard outside his workplace, Bermuda Lawns and Landscaping, with his employer (the owner of the Rautenbach Road business complex), in September 2019.

At first, they posted to the board only on Mondays and Fridays. But, the sayings caught people’s attention, and he integrated them into his daily routine.

Some of the sayings – coined by luminaries like Nelson Mandela and Oprah Winfrey, and many others – are culled from the internet. But, people send contributions to choose from daily.

He sometimes comes up with his own words but avoids quotes that have religious connotations because he does not want to be offensive and exclusionary.

Davies is a father to his two biological children and his mentees, who come from different backgrounds.

Previous ArticleUnderstanding loss and grief
Next Article Coffee ya Africa