SA’s teenage mothers are on their own 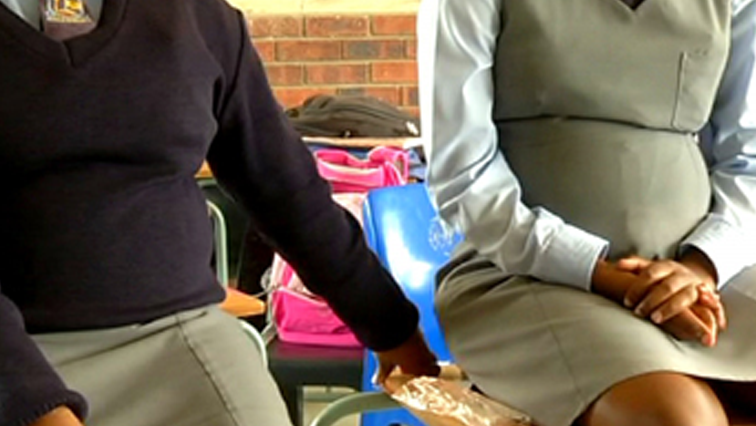 The national shortage of injectable contraceptives in 2019 left Duduzile Xaba with no alternative but to take oral contraceptives as a family planning strategy. A few months later, while on the pill, 17-year-old Xaba was pregnant. Now 18, Xaba is a teenage mother to two-month-old daughter Siphokazi.

“Being a teen parent is hard. It has so many challenges. The baby is growing and has her own needs. You are still a kid; you still have your own needs,” she says while Siphokazi cries in the background.

“When you have a child as a teen, your parents can’t support you and your baby. So it has to be one of you. And it can’t be me because now I am a mother.”

When Xaba’s 24-year-old boyfriend was told about the pregnancy, he admitted he was the father but refused to take on the responsibility of being a parent. “He said the most hurtful things. He said I must abort because he doesn’t want to have a baby.”

Xaba says that when she opted to keep their baby, her boyfriend told her he would not contribute towards child support. “The pregnancy was so hard for me because, though I had help from my family, I thought maybe he would come back and support. He wasn’t interested in the pregnancy.

“He has never seen the baby. He is not even calling to see if we are doing fine. He has rejected us. I am on my own.”

Now raising her daughter alone, little things such as going out with her friends is what Xaba misses most. She says her focus is now on her daughter.

The teenage mother says her dream is to complete her studies and become a veterinarian. She is currently doing level 4, equivalent to grade 11, at an Adult Education Centre. She is paying her grandmother to take care of her daughter while she is at school.

She singles out the role schools can play in offering teenage mothers support as parents and learners.

“The evidence overwhelmingly shows that childcare responsibilities are gendered and fall to the teenage mother. Yet at the same time, South Africa is committed to gender parity in schools, assisting girls in realising their right to education and keeping teenage mothers in school.”

When the Department of Basic Education announced the updated plan for Comprehensive Sexuality Education for learners in grades 4 to 12, it received a barrage of criticism from parents and teacher’s organisations. The Suid-Afrikaanse Onderwysersunie (SAOU), or South African Teachers’ Union, threatened to boycott these amendments. “We believe that it’s promoting an unhealthy lifestyle, [and]a promiscuous lifestyle. We can’t support this type of curriculum,” SAOU director of operations Johan Kruger told the South African Broadcasting Corporation.

Amanda Gouws, a professor of political science at Stellenbosch University, says teachers should be trained on the curriculum as this is their role. “Teachers, especially ones who are very religious, do not implement the curriculum.”

Koketso Moeti, founding executive director of advocacy organisation Amandla.mobi, says the old method of teaching learners about sex is unproductive. “Multiple studies are showing that it is ‘ineffective and unethical, and also reinforces harmful gender stereotypes, among other failings.”

Moeti says she and her peers did not know about what healthy sexual encounters or safe sex entailed because of the method teachers used when she was young. “It deprived us of the opportunity to get medically accurate information to make informed and safe choices about responsible sexual activity, sexual reproductive and healthy relationships.”

Moeti says it is necessary to inform learners about making safe choices regarding sexual activity and provide access to the essential tools that will promote safe sex. “Especially because we know that young people are experimenting. Even if it’s non-coital sexual activity, why not give them what they need to be safe while at it.

“I remember a couple of years ago when I was in a chemist at Braamfontein buying condoms, a big deal was made of it by some people, customers and the cashier – and I was a whole adult. So if that’s my experience, I can only imagine what people much younger than me go through when trying to get condoms in more public places, especially given the documented experiences of how unfriendly health services are to young people,” Moeti says.

Xaba wants her daughter to grow up, be independent and create opportunities for herself. “I couldn’t do that because I didn’t get much guidance. But I will guide her,” she says. Previous ArticlePolice seek assistance identifying body found in Joza
Next Article South Africa’s stance on teenage pregnancy needs a radical review: what it would look like