South Africa’s stance on teenage pregnancy needs a radical review: what it would look like 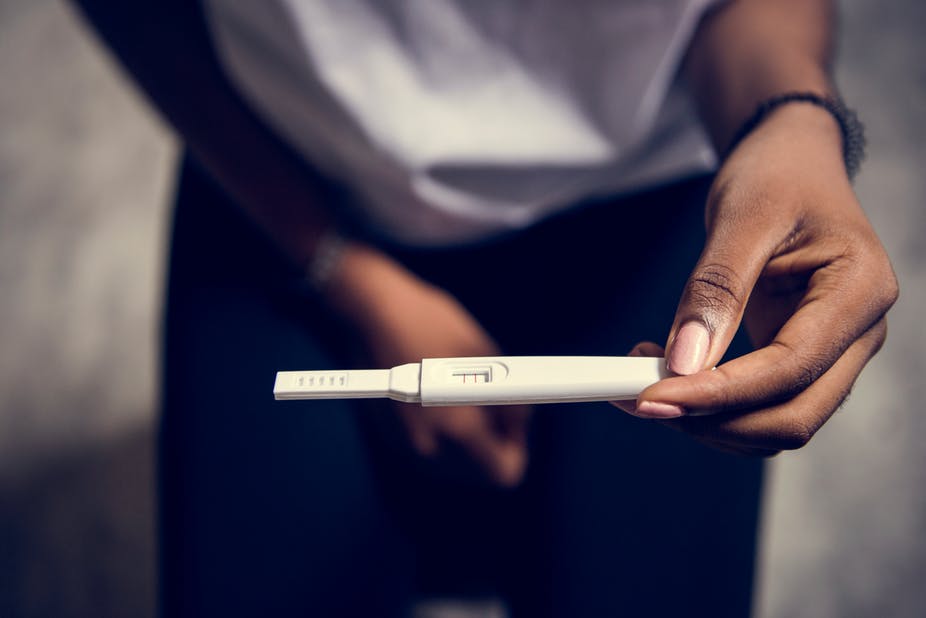 Much has been made recently in South Africa about the increase in teenage pregnancies in the past year, fuelled by the COVID-19 pandemic and lockdowns. Sensationalisation of such pregnancies isn’t new. Every couple of years, newspaper headlines shout moral outrage at the rates of early reproduction.

The focus of discussions then usually turns to prevention. Solutions posed are primarily premised on the assumption that young women are responsible for their situation – through ignorance, fecklessness, rebellion, or lack of assertiveness.

We argue that a different approach is needed. Instead of asking, “How can teenage pregnancies be prevented?” the following question should be posed: “How can reproductive injustices concerning young women be reduced?”

Reproductive justice as a concept has gained significant ground in the last decade. The fundamental principles are that women and genderqueer people with uteri have:

Reproductive justice approaches focus on how individual rights intersect with the socio-political or health contexts in which they are taken up.

So, what would this mean in the case of early reproduction in South Africa?

We take each of the principles above and unpack them concerning young people and explain in each case how reproductive injustices prevent them from exercising their agency and rights.

Before we start, it is essential to note that not all pregnancies among young people are unplanned, and not all unplanned pregnancies are unwanted. In addition, despite the media frequently sensationalising the pregnancies of those younger than 16, the vast majority occur in the upper age range – 17 to 19 years old.

The right to not have a child

For those young people who have unwanted or unsupportable pregnancies, knowledge about and access to abortion services are minimal. Abortion is legal on request in South Africa up to 12 weeks of gestation and, after that, on certain conditions.

Information is in short supply about the legality of abortion, that minors do not need parental permission to access the services, and where services can be found. Even the recently scripted comprehensive sexuality education lesson plans rolled out by the Department of Basic Education do not cover any aspects of abortion.

Policy in South Africa allows minors (younger than 18) to access contraception without parental consent. In reality, accessing services is complicated. Stories abound of harsh and scolding attitudes of clinic staff; clinics operating at inopportune times and being oversubscribed and under-resourced; frequent stock-outs; and young people being turned away without contraception.

It is well-known that sexual violence and sexual coercion are major challenges in South Africa. Research shows that learners across the board, including primary school, expect and experience high levels of sexual violence or coercion from peers and adults. Coercion may take many forms, including gifts in exchange for sex (so-called transactional sex).

Comprehensive sexuality education has been offered in schools for years now. However, research shows that learners feel disconnected from the messages contained in the curriculum because they don’t reflect the complexities and realities of their lives. Instead, what is emphasised is damage – you may conceive and ruin your life – and disease – you may contract a sexually transmitted infection. In addition, teachers are ill-prepared and tend to use moralising modes of teaching rather than engaging in serious dialogue with learners.

The right to have a child

Teenage mothers are seen as “illegitimate” reproductive subjects. A range of reasons are given, including obstetric complications, poor child outcomes, and curtailed career prospects for the parent. But comparative research shows that when other variables are taken into consideration – particularly socio-economic status – younger and older parents fare pretty much the same. Recent research shows that adolescent maternal and pregnancy-related mortality is lower than adult maternal and pregnancy-related mortality.

The knee-jerk reaction that “teenage pregnancy” (as opposed to unwanted or unsupportable pregnancies) should be prevented at all costs means that they don’t get the healthcare they need. Teenagers tend to report late for antenatal care for several reasons. First, this is a general population trend among South African women of all ages. Second, as with many older women, they may not pick up the signs that they are pregnant. Third, they fear the reprobation of antenatal clinic staff. Indeed, research highlights the inadequate and discriminatory treatment that teenagers often receive when accessing care, especially in under-resourced and oversubscribed clinics.

Around the globe, early reproduction occurs more frequently among people living in low-resource or poor settings than in middle-class neighbourhoods. Life prospects – including employment, accessing further education, affording decent childcare, healthy life expectancy – are severely circumscribed within these settings. Childbearing offers meaningful adult activity and strengthens family networks in these circumstances. In addition, having children early means you can rely on extended family for childcare. Finally, given a foreshortened healthy life expectancy, having children while young and healthy makes sense. Prevention efforts that fail to take these kinds of nuances into account are bound to fail.

Feminists fought long and hard for the rights of reproductive bodies in the workplace. When it comes to schools, however, there has been little progress. Although expelling learners for pregnancy is illegal in South Africa, many leave anyway because of pressure or stigma. Few arrangements to cover maternity leave, arrange on-site childcare, and enable breastfeeding are ever made.

First, the injustices mentioned above must be addressed. This includes:

Second, set up monitoring and evaluation of these efforts to see how they are faring.

This article was first published by The Conversation Africa.