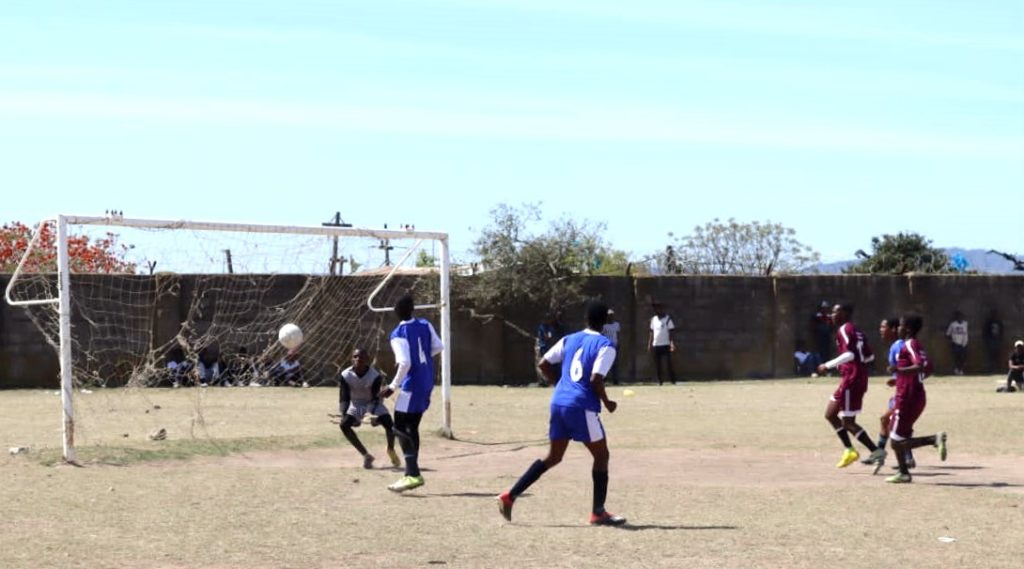 Sophia Young Stars goalkeeper Owethu Katyana makes a save in their game against Jacaranda Aces. Sophia went on to win 5-0.

There were some thrilling encounters at the Makana LFA U18 football tournament on the Heritage Day weekend, played in front of a packed house at JD Dlepu stadium, the home of local football.

In one absorbing encounter, Santos threw away an early lead which allowed Newseekers back in the game in the dying minutes. But Santos eventually won it in a penalty shootout.

The defending U18 champions Sophia Young Stars had an easy opening game as they thrashed African Spears 5-0.

This 14-team event went down to the wire and presented the Young Eagles with an opportunity to score revenge against Sophia Young Stars in the final. Both teams started the final with a blistering pace keeping the huge crowd that turned out on the day on the edges of their seats.

Both teams were guilty of not converting the great scoring chances they created and went to the halftime break with no goals. Eagles finally found the back of the net with less than 10 minutes left, with Ayanda Dyasi elegantly tapping home from a free-kick that found him unmarked.

Sophia fought back in search of an equaliser, but it was too little too late.

Eagles walked away with R1000 prize money in this winner-takes-all tournament. Eagles coach Mxolisi Dlengezele admitted that it was not an easy game but thanked his boys for showing character.

Sophia’s chairperson Lindisipho Swaartbooi believed that his boys gave everything and said it was now back to the drawing board for his charges.

Previous ArticleSA reports 31.39% of eligible adults now vaccinated
Next Article Should we feed strays or let them suffer?