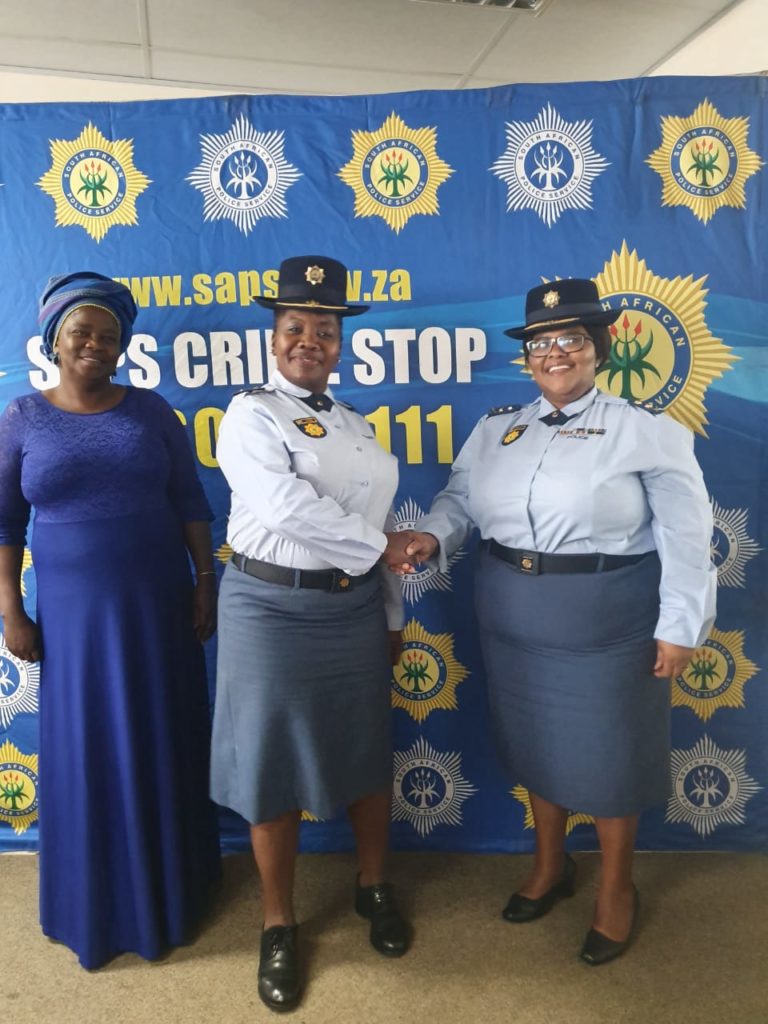 Makhanda’s police stations are both under new command. Colonel Nomsa Mtshagi is the new Commander at Joza Police Station and Colonel Mbulelo Pika is now in charge of the Grahamstown Police Station.

They were among 20 officers newly promoted to the rank of Colonel and inducted to the Senior Management Service level of SAPS leadership in the Eastern Cape at Griffiths Mxenge Provincial SAPS headquarters on 3 October 2019, spokesperson Captain Khaya Tonjeni said.

Fourteen of the newly appointed Colonels will be working as station Commanders in eight stations within the Eastern Cape.

Three Detective Units in KwaZakhele, Uitenhage and Mthatha will have new Commanders as follows.

The Eastern Cape lost Colonel Nombuso Hlengane, who is now Section Head of Organisational Development and Strategic Management in the Free State.

Addressing the new appointees, Ntsabo encouraged them to change their ‘disappointments to appointments’ and urged them to implement the code of conduct, ethics and Provincial Commissioner ‘s vision in their new line of duty. He encouraged further those leaving stations to become Commanders elsewhere to respect ordinary rank and file police members.

“The members on the ground are the ones who made you to be where you are.” He further reminded them about Operation Gijima, a rolling operation for station Commanders in the fight against crime.

Major General Kunene who was in charge of the recruitment and selection process of the members said it was a long journey with many applications. Turning to the newly inaugurated, “You need to thank God by doing justice to the community of Eastern Cape: our people deserve better.”

She further urged the members to develop their subordinates first.

“Take them out of darkness so that tomorrow you can work smarter.”

Colonel Petzer who responded on behalf of all newly appointed Commanders said when they joined the police, it was not a job but a career and commitment to serve.

“We pledge our commitment today as recipients to commit and dedicate ourselves more to our duty.”