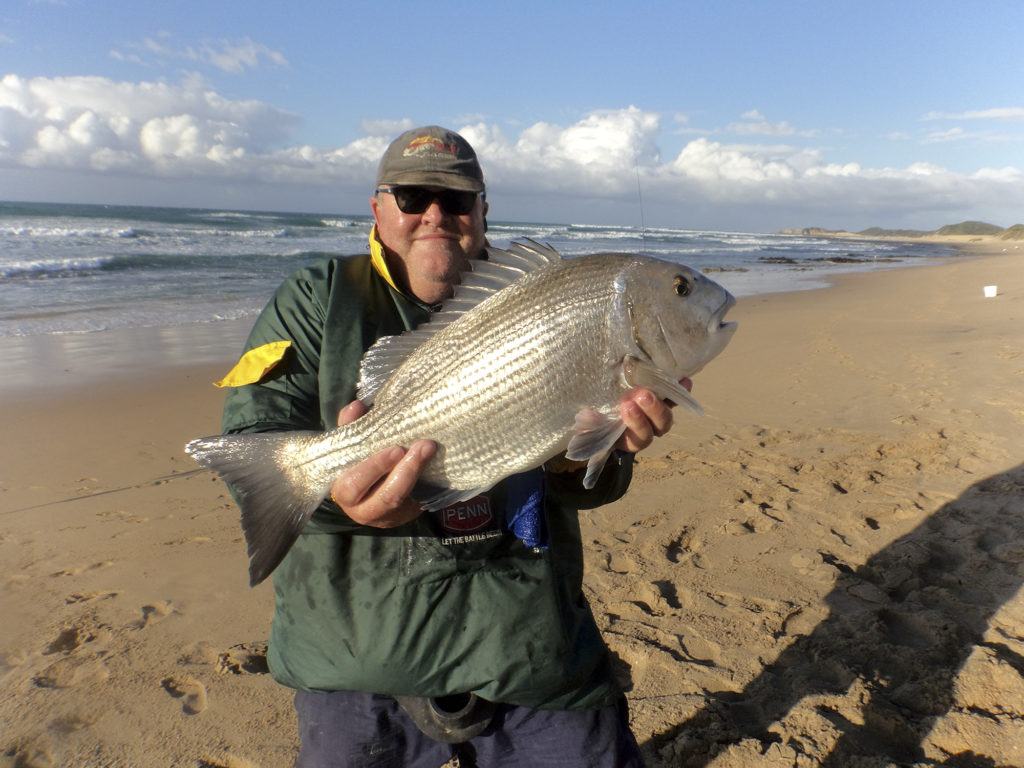 We arrived on the beach at roughly 5.30am in the morning and began walking to scout out the area that we were fishing. At 6.20am we started the preparations as we waited for lines-in at 7am. As the clock hit lines-in time, as far as the eye could see anglers lines started going into the water looking for the prize fish that were on offer that day.

Anthony Bowdler in his first ever Rock and Surf Super Pro League (RASSPL) Competition drew first blood in our group, landing a blacktail of 31cm, Warren Bowdler coming soon after with a shy shark. There was a lot of movement on the point to our right where Edward Butler and co had stopped, anglers running back and forth with buckets. But due to limited signal and bad eye sight, we could not see what was being caught. It was later established that Edward had landed a very Nice Bronze Bream and co David Taylor a nice Stone Bream.

The wind started to pick up as predicted and conditions became considerably more difficult with surging seas and strong gusts and the dropping tide forcing anglers to venture onto the rocks and out of shelter.

Anthony Bowdler struck again, landing an Eagle ray of 55cm, 2.9kg, the only ray landed for the day.

There were also some of the weigh cards of Andrew Coetzee and Lenny Clark which definitely looked like they had succumbed to the conditions of the day after almost being washed away.

A total of 107 fish were caught with 18 different species being recorded and all safely released to swim another day, by 23 anglers on the beach.

Next Competition is Riet River on 14th September 2019.