The curious case of the missing internet in Makana libraries 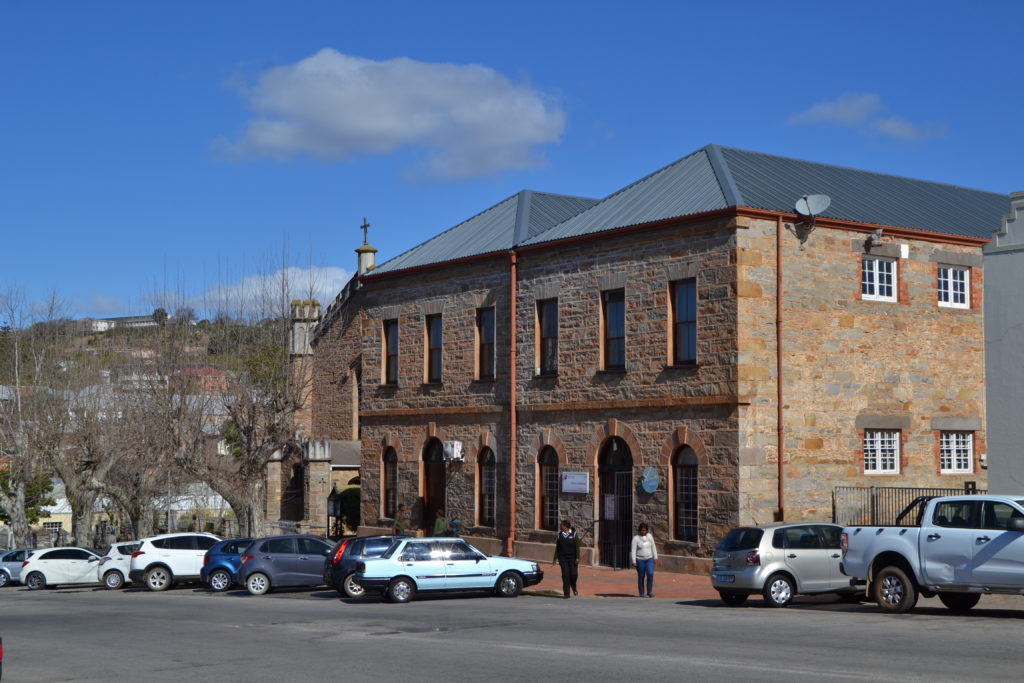 Three grade 6 and 7 pupils sit in Gonubie Library, heads bent over a reference book, phones out, searching for terms on Google.

They are not using their mobile data.

Since December 2018, the Gonubie library has had free wifi, which has benefited the pupils and residents of the seaside village outside East London. Gonubie is not the only library with wifi. Across the Buffalo City Metropolitan Municipality, 14 libraries have public access internet and some have computer terminals available to work on. One librarian at the central East London library said the wifi worked best off of a smartphone, though many students and young professionals brought their laptops.

In King William’s Town, wifi is accessible to the public, but only if you are a member of the library. Alongside signs of “Slippery uneven floors” is a poster announcing the availability of public wifi, courtesy of the Mayor.

In Makana Municipality, however, it’s been two years since there was public access computer internet. There’s never been wifi at public libraries unless you’re a university or college student with access to Eduroam – an extension of the Tertiary Education Network.

Makana is not alone: municipalities across the province – except for the metropolitan areas  – have complained of no internet since the Eastern Cape Department of Sports, Recreation, Arts and Culture (DSRAC) fell out with telecommunications company Vox.

Before this falling out, the eight Makana libraries boasted of four internet suppliers keeping the libraries running and connecting the community.

Makana libraries had internet from not only the municipality, but also from DSRAC and Sarah Baartman, deputy director of library services, Patricia Njilo, told Grocott’s Mail. Rhodes wifi was available in Makhanda through Eduroam, which was installed in Duna and Hill Street libraries towards the end of 2014.

Both Duna and Fingo libraries remember a time where patrons enjoyed accessible internet there. One librarian told Grocott’s Mail that users had resorted to using their phones as hotspots to use the internet on the computers. In some instances, high school pupils had resorted to using university students logins to gain access to Eduroam in order to complete assignments and projects.

The practice can result in disciplinary measures for students. However, Rhodes University spokesperson Veliswa Mhlope told Grocott’s Mail: “In the outlying areas we do have some Eduroam access and have blocked some sites where we have evidence that this practice [of bootlegging the internet]has been taking place.”

Eduroam, and the value it holds, led to two break-ins at the Currie Street Community Library which led librarian Melanie Daniels to switch off the wifi at night. Break-ins at the library were unheard of until then. “I wonder if kids realise what wifi is. ‘Is it something we can steal?’” asks Daniels.

It is certainly accessible internet at libraries which attracts most visitors.

Initially, there was a programme from the former Cacadu  District (now Sarah Baartman) which provided internet to computer cubicles at libraries. Users were allowed 45 minutes at a terminal. If a terminal wasn’t working, an IT technician was sent from PE to solve the issue.

ICT provider Vox Telecoms removed most of the original internet connections in the municipal libraries when it began its 24-month contract in 2015. Only Rhodes University’s Eduroam, out of the control of local or provincial government, remained. One lone cable still connects the Hill Street library to the municipality’s internet.

“We are one of the lucky ones,” says Njilo, comparing Makana’s situation to that of other municipalities.

“DSRAC’s district office has indicated that it [the process of putting a tender out for another internet service provider]may take long.  So municipalities must try and do something in the meantime.”

The puzzle is that large amounts of funding have gone towards providing accessible public internet in libraries in the Eastern Cape.

The Eastern Cape also received funding for the internet infrastructure from the National Library of South Africa (R4.8 million in 2017 and R4.6 million in 2018) as well as through conditional grants from the Department itself.

Despite all this funding, there is a problem with internet connectivity in public libraries in the Eastern Cape.

The Office of the Premier had listed libraries as one of its priorities, Nduna told Grocott’s Mail.

Meanwhile, Makana was making plans of its own.

“We mustn’t wait for DSRAC,” Njilo said. “We don’t know when that [the internet connection]will be sorted. So we are in the process of connecting libraries with the municipal network.”

To help the municipality save money, the municipality’s internet is restricted, Makana spokesperson Anele Mjekula explained. “There is no Facebook access and some web-radio stations cannot be reached on it,” he said. The network was only available for municipal staff to connect to the internet.

DSRAC has promised to connect 207 of the Eastern Cape’s 245 libraries in the next few years. Yet, it is unclear at what rate that will happen.

According to Section 5A of the Constitution, the provincial government is responsible for public libraries.

However, municipalities have borne the brunt of the costs. This is because of the previous system, in which libraries fell under the jurisdiction of local government. The province’s role was limited to oversight and advice.

“The situation in recent years is confused – because of what some call the “unfunded or underfunded mandate”,” explained library services expert Genevieve Hart, an associate professor in the Department of Library and Information Science at the University of Western Cape.

The problem had arisen because while provincial library services had since 1997 been constitutionally mandated to resource and manage the libraries, they hadn’t received more funding from their provinces to cover the increased cost.

“Financial shortfalls and the increasing demands for basic services are putting pressure on municipalities to withdraw from their longstanding library commitments, for which, it is true, they have now no legal mandate,” Hart said.

Rhodes University had begun to work with the municipality in 2016 to create internet hotspots throughout the town. A university working group tried unsuccessfully to link the municipality with a third-party vendor.

“The working group could make no progress with the municipality who would have to be the main participant and owner of the network,” said Mhlope. “The network would require support technicians 24/7 and a replacement life cycle plan.

“Setting it up initially was the easy part. There was an interested vendor. But it was the management and life cycle maintenance [over which]we could make no progress.”

The Makana libraries require an annual budget of R10.6 million, but in the 2017/2018 financial year, they received R4 million from the Department – just over a third of what it costs to run the municipality’s eight libraries which include the libraries at Riebeeck East and Alicedale.

With the Treasury tackling the losing battle of Eskom debt and struggling state-owned enterprises, it may be a while before the fiscus places a stronger focus on necessary resources such as libraries.